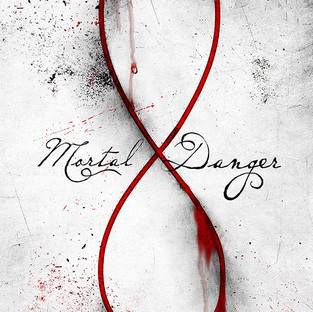 This installment of the Riot Recommendation is sponsored by Mortal Danger by Ann Aguirre.

Edie Kramer has a score to settle with the beautiful people at Blackbriar Academy. Their cruelty drove her to the brink of despair, and four months ago, she couldn’t imagine being strong enough to face her senior year. But thanks to a Faustian compact with the enigmatic Kian, she has the power to make the bullies pay. She’s not supposed to think about Kian once the deal is done, but devastating pain burns behind his unearthly beauty, and he’s impossible to forget.

In one short summer, her entire life changes and she sweeps through Blackbriar, prepped to take the beautiful people down from the inside. A whisper here, a look there, and suddenly . . . bad things are happening. It’s a head rush, seeing her tormentors get what they deserve, but things that seem too good to be true usually are, and soon, the pranks and payback turn from delicious to deadly. Edie is alone in a world teeming with secrets and fiends lurking in the shadows. In this murky morass of devil’s bargains, she isn’t sure who—or what—she can trust. Not even her own mind.

We asked for your favorite fantasy novels set at prep school, and you answered the call. Many of these are series titles, so while there are 25 named here, this list contains plenty more titles than it may look like. Get ready to get reading:

The House of Night series by P. C. Cast and Kristin Cast

The School for Good and Evil series by Soman Chainani

The Shades of London series by Maureen Johnson

The Moth Diaries by Rachel Klein

The Another series (Another Faust, Another Pan, and Another Jekyll & Hyde) by Daniel and Dina Nayeri

Only Ever Yours by Louise O’ Neill

A College of Magics by Caroline Stevermer

Year of the Griffin by Diana Wynne Jones