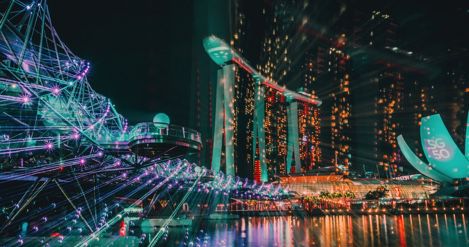 This list of fantasy novels with urban settings for World of Fantasy Day is sponsored by Kingdom of Copper by S.A. Chakraborty. 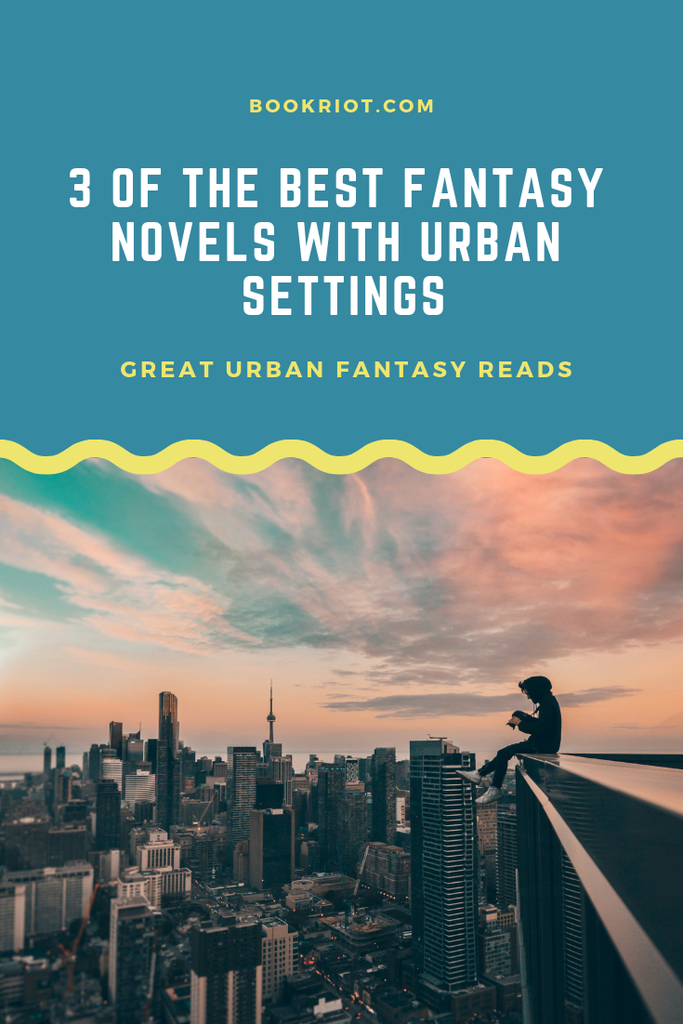 There are some truly wonderful cities that pop up in fantasy books, from the parallel universe city to the secret underground city to the futuristic city. I am a total sucker for the reimagined or the completely fabricated urban fantasy cityscapes in stories. Inevitably, the city itself becomes my favorite character. So, even though you and I both have a mighty love for alternate London or parallel New York, let’s branch out and enjoy these gritty city fantasy novels. 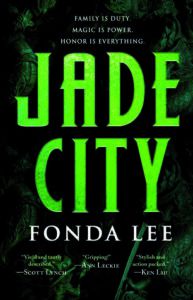 Jade City is the saga of two rival crime families vying for control of the island of Kekon, an Asia-inspired metropolis. Jade is magical and powerful in this world and is the main natural resource of Kekon. Those who are able to wield it have immense power and control. The Kauls and the Ayts are the two most influential Green Bone families. Politicians and business owners alike are forced to pay tribute.

The jacket calls the book The Godfather with magic and it’s easy to see why. Each clan is led by a boss called a Pillar flanked by their Horn, who is the strong arm of the clan, and their Weatherman, who handles business and politics. The generations of each family are pitted against each other and tradition frequently comes up against the need to hold power in a changing world.

I love that the narrative is interspersed with tales of Kekon folklore and origin stories of the gods. The world building is incredible and detailed with the capital city as the backdrop with its tunnels, ports, and neighborhoods loyal to this or that clan. Jade City is absolutely engrossing. It will have you feeling like you’re on those city streets in the shadows between the neon lights. 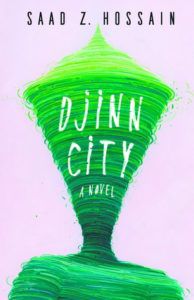 Djinn City was the first book I read last year and there are elements of it that still pop into my mind. It’s so immersive and detailed and there are a couple of great twists and turns in the plot. Although the plot takes the reader all over the world visiting different djinn, a lot of the action and initial character development takes place in the capital city of Bangladesh.

The story follows two members of the Khan Rahman family. Indelbed is a young boy living in a crumbling mansion in Dhaka. His mother is dead and his father is the black sheep of the family. When his father falls into a magical coma, Indelbed is kidnapped by the djinn and held captive in a secret, underground prison. His cousin Rais is a young man coming into adulthood. Rais, along with his epically resourceful mother, work the djinn world’s political channels to resolve their families problems and to prevent greater catastrophe, as one djinn is determined to flood Bangladesh.

Djinn City takes you all over the the fantasy map in the best possible way. It’s urban fantasy peppered with political intrigue, but there’s also invisible flying ships and one djinn that is literally a school of fish. What more do you need to know to pick up this book right now? 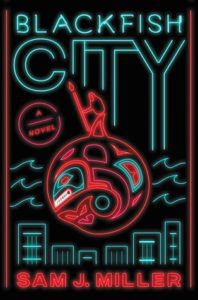 Setting: Qaanaaq, a floating city in the Arctic

Blackfish City is a dystopian urban fantasy set in the city of Qaanaaq. The city hovers over the Arctic ocean and is completely run by AIs. References are made to climate catastrophes and failing governments elsewhere. Within the city there’s a mysterious, incurable disease plaguing the people. There’s one point in the story where the heating system is turned off and all the characters react to the quiet. After that description I realized that the constant humming of the bio heaters and the churning, black ocean below the city are a low-key, atmospheric undertone that you somehow feel surrounded by as a reader.

The story is broken up throughout with mysterious broadcasts called “City Without A Map,” which fills in the blanks as to how the city came to be, how it functions, and snippets of what happened to the rest of the world.

The narrative follows several different characters as they make their way through this bleak society and eventually come together under common cause. Some characters have the ability to bond to animals and there’s a woman bonded to an orca whale who literally rides into town on her trusty steed. She’s almost a mythical figure at the beginning and you’re not quite sure she actually exists. Another character throws fights for money, where the losing fighter falls into the icy ocean.

This book is bananas and I know it all sounds pretty dark, but it’s so worth it if you’re looking for that sci-fi/fantasy crossover, hovering gritty city in the sky vibe. Let’s face it, you know you are.

What’s your favorite gritty city fantasy? Let us know in the comments.