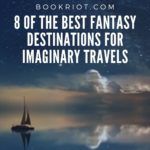 Right now, fantasy travel is only slightly more impossible than real-world travel, and a lot less fiddly to organise. There are plenty of brilliant books out there that can take your imagination to real countries and cities that you’d love to visit, and I’ll always love reading luscious descriptions of real-world places; but if I’m going to do some armchair travelling, I’m going to take full advantage of the medium and visit my favourite fantasy destinations. Here are some exciting places for your imagination to play tourist while you’re staying at home. 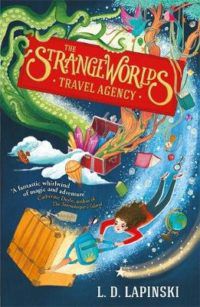 In this debut novel, young Flick Hudson discovers the titular travel agency, where you can journey to a multitude of magical worlds by jumping into different suitcases. The StrangeWorlds Travel Agency is a fun middle grade romp that lets you travel through worlds which push the boundaries of your imagination, particularly the mysterious city of Five Lights. 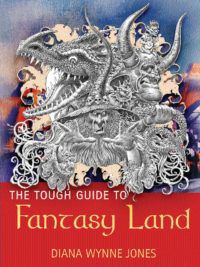 The Tough Guide to Fantasy Land by Diana Wynne Jones

If you love tropes, this parody travel guide by veteran fantasy author Diana Wynne Jones is a hilarious and illuminating read. Making fun of fantasy story stereotypes, it’s the perfect companion to any imaginary journey through a magical realm. The Tough Guide to Fantasyland is a great book to dip into when you want a quick laugh (and it’s also a great tool for fantasy writers to make sure you’re not treading very old ground). 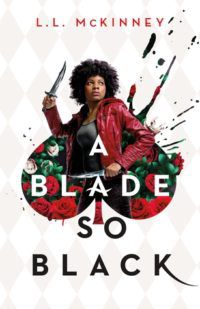 A Blade So Black and a Dream So Dark by L.L. McKinney

The original Wonderland would be a fun place to visit, but personally, I’d prefer to travel L.L. McKinney’s darker and deadlier version. A journey to the Nightmareverse would put a whole new spin on the idea of an adventure holiday, but McKinney’s twist on Wonderland is a beautiful as well as a frightening place. Plus, what other trip gives you the chance to learn how to kill Nightmares with awesome knives? 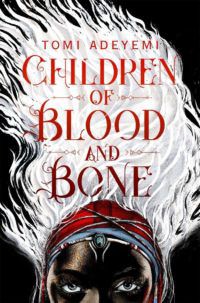 Tomi Adeyemi combines popular fantasy and Yoruba legend to create the land of Orïsha. Although the story deals with a society shaken by magical war, and doesn’t pull any punches in its depiction of conflict, Adeyemi’s descriptions of Orïsha will make readers wish they could travel there, drawing on West African settings and culture to make a rich, spectacular world. 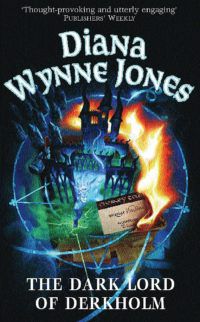 The Dark Lord of Derkholm by Diana Wynne Jones

Wynne Jones laid out the tropes in The Tough Guide to Fantasy Land, but in The Dark Lord of Derkholm, the idea of fantasy-world-as-tourist-trap is put into practice. The devious Mr Chesney has been organising tours from the real world to a fantasy land for decades, much to the chagrin of everyone who lives there. Derk, a slightly useless wizard with a large and multi-species family, is chosen to be the next Dark Lord. Officially charged with providing scares and challenges for the wannabe-hero tourists, Derk may actually be the key to ending the tours forever. 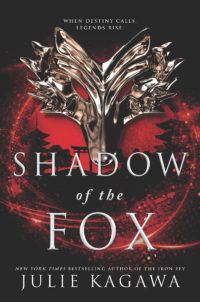 Set in the land of Iwagoto, Shadow of the Fox introduces readers to a world of remote temples, dragons and demons. Armchair travellers will love following half-kitsune Yumeko as she tries to save her world from the consequences of a terrible wish – and if you like trickster characters, you’ll be caught up in the adventures of a heroine whose greatest weapons are her talent for illusion and her love of mischief. 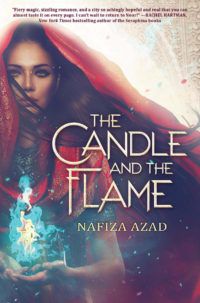 The Candle and the Flame is set in Noor, a city that is part of a magical realist version of the Silk Road trading route. In Noor, two factions of warring djinn caused a conflict that nearly wiped out the human population, making this fantasy location a dangerous but still fascinating visit for all reader-travellers. Azad’s magical city is so fully realised that you’ll soon forget it’s a fictional setting, and believe you’re walking its streets with heroine Fatima. 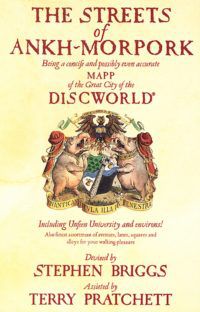 The Streets of Ankh-Morpork by Terry Pratchett and Stephen Briggs

Terry Pratchett’s Discworld is probably the fantasy location that I’d most love to visit, and if I ever did get there, I’d make sure to take a (potentially) trustworthy map of the Disc’s biggest city. The Streets of Ankh-Morpork is a perfect companion book to any of the City Watch series, or the other books set in Ankh-Morpork. Carefully put together by superfan Stephen Briggs and Pratchett himself, this map brings a fantasy location to life.

Fantasy travel is a great way to keep your imagination occupied when you’re not able to journey around the real world. Of course, reality can be just as interesting (and sometimes more improbable) than fantasy – so if you want to do some armchair travelling that might translate to the real world one day, get some inspiration from our list of 100 Must-Read Travel Books. For some more unusual suggestions, try 10 Unconventional Travel Writing Books.