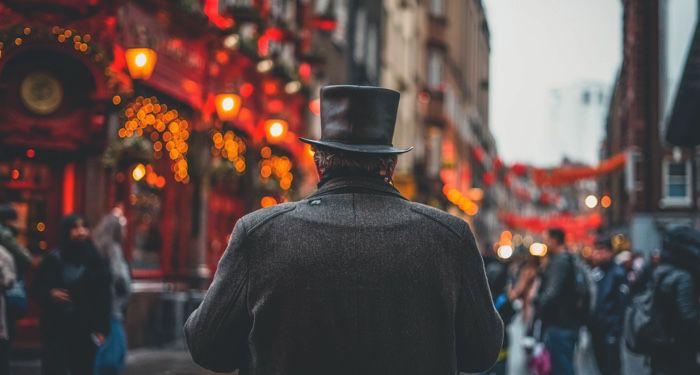 For many people, fantasy means elves and dwarves in forests and mountains, going on faraway quests. We tend to think of books like The Lord of the Rings with those incredible shots of heroes (and villains) traveling through incredible mountains, windy grassy plains, and lonely marshes. Even when towns and cities show up, they tend to reflect a more medieval/renaissance era of towns/cities.

But then I discovered the sub-genre of urban fantasy, where the magic and other fantasy elements exist in a modern city. Sometimes magic exists in the open and is integrated into society; everyone is aware of it and many practice it. But in other series, the magic is hidden from the mainstream world, either practiced in secret or hidden from the world, underground or otherwise.

Personally, I love the latter type of genre because I like the idea that maybe, just maybe, there is real magic in the world but we just don’t see it. While there are many books that fit the bill, I’ve been particularly keen on reading urban fantasy taking place in various cities of the United Kingdom. Here is a list of eight books that take place in London, Edinburgh, and Manchester. 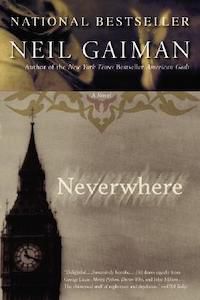 This book might be one of the best known entries into this genre. Imagine there’s an entire incredible world underneath modern London. The tube stops are not just names; they refer to actual beings. For instance, there’s a real Baron at Baron’s Court, or friars at Blackfriars. But living in this world is not easy. When Richard Mayhew helps a young girl on the street, he finds himself forgotten by the world above and drawn into the trouble brewing below. Can he survive the journey he finds himself in and will he get to resume his normal life? Given the popularity of Gaiman television adaptations, I can only hope that someday they’ll consider a remake of this book. 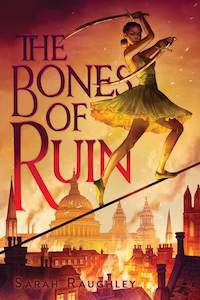 This one’s got circus and magic in Victorian London! Iris is a Black tight-wire walker who cannot die but doesn’t know anything about her past. She meets Adam Temple who then gives her an offer she can’t refuse. He’s part of a mysterious order called the Enlightenment Committee and the world is going to end. The Committee will decide who gets to live with a “Tournament of Freaks.” Adam wants her to compete for him; if she does, he’ll tell her about her past. How can she pass this opportunity up? The next book is expected to come out next year. 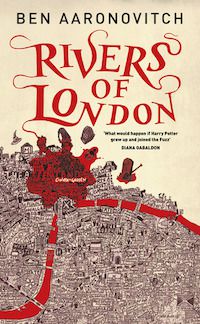 Rivers of London by Ben Aaronovitch

Okay, this book and corresponding series is the impetus for this list. When a man is murdered in Covent Garden, Probationary Constable Peter Grant finds himself securing the scene of the crime when he is approached by a possible witness. Little does he know that the witness was really a ghost. His experience with the ghost secures the attention of Detective Chief Inspector Thomas Nightingale, the sole member of the little known Special Assessment Unit of the Metropolitan police. In other words, he’s in charge of the unit for magic. He takes Peter on as his new apprentice and they try to get to the bottom of this most unusual death. There are nine full books, several novellas, a book of short stories, as well as a series of graphic novels. (Note: the first book and the series is called Rivers of London but the U.S. title is Midnight Riot.) 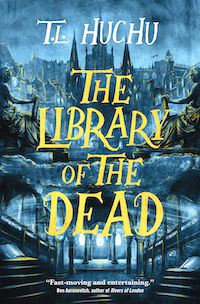 The Library of the Dead by T.L. Huchu

Set in Edinburgh, young adult Ropa has a special gift. She can talk to ghosts. In fact, she’s made it her business by dropping out of school to help ghosts give messages to the living. When she hears that children are being kidnapped and returned as shells of themselves, she decides to investigate. She finds out that there is a library of the dead with wonderful — and terrible — books that can help her better understand the new world she finds herself in. Can she figure out who is taking the children and stop them? The second book Our Lady of Mysterious Ailments came out earlier this year. 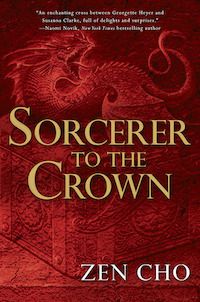 Unlike other books in this list, magic is everywhere in this world. But then it starts to dry up. So it’s Zacharias Wythe’s job to find out why. In an alternate version of Regency, London, Zacharias is trained as a young boy by his master, freed upon his master’s death, and now has become the Sorcerer Royal. But it’s not an easy transition. Despite his prominent position, he has to deal with racism in the court as well as the suspicions and rumors about what happened to his master. Thankfully, he finds an ally in a woman who has magical power, unusual in itself in this world, to figure out what is going on. There are two books and a novella so far. 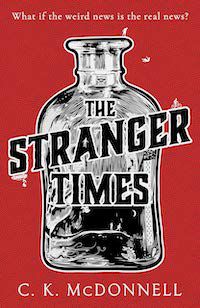 The Stranger Times  by C.K. McDonnell

We’ve all seen the tabloids with the lurid titles and “scandalous” photos at the checkout line at the grocery store. But what if there was a little bit of truth to them? In Manchester, there is the weekly tabloid The Stranger Times that tells bananas stories of vampires, ghosts, and more. In this world we meet Hannah Willis, who needs a job. She’s made a bit of a mess of her life, thanks to her cheating husband. She takes on the role as associate editor of The Stranger Times despite the strange working environment — her boss is belligerent; there’s a reason the position was open. But she realizes that’s the least of her troubles when they all get the shock of a lifetime — there are actual magical and oftentimes malignant creatures out there. Can she and the rest of the team get to the bottom of it all? There are two books in the series so far; the third one is projected to come out next year. There’s also a bonus: a podcast of short stories in the Stranger Times world. 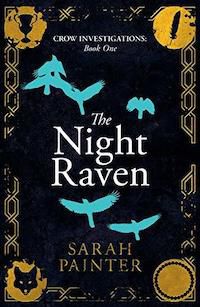 The Night Raven by Sarah Painter

Lydia Crow was in one of the four major magical families in London, but she wanted out. She did not have magic and wanted to make her own way in the world. But after a job went wrong in the north, this former private investigator returns to London to let the air settle and avoid trouble. But things changed when her uncle, who was always on the make, asked her to find her missing cousin. Once an unexpected ghost in her apartment and dangerous men from rival families were added in, and Lydia found herself in the middle of a possible magic family war. The eighth book of the series is projected to publish in October 2022. 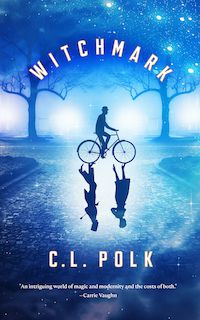 This one is based in a city that’s modeled after Edwardian London, but I think that’s worthy of the list. Magic can either open the world or ensnare you. As the son of a wealthy magical family, Miles Singer had two options: he could either became the subordinate to his sister or be locked away forever. Neither option is great, so he ends up going to war as a soldier, which leaves its own wounds. He manages to start a new life for himself as a psychiatrist at a veteran’s hospital, treating patients from the Aeland and Laneer war. He occasionally relies on his special talents in secret. But when a dying patient is brought to him that he can’t save, despite his efforts, and his special skills get revealed, he finds out that he can’t hide forever from who he is and his family. Plus there’s a mysterious stranger who is both dangerous and alluring. Can he get to the bottom of the poisoned patient’s death? Can he remain a free man? There are two other books in the series.

I look forward to seeing even more fantasy books set in cities across Great Britain and the rest of the world. In the UK, I’d love to find more books on other cities like Belfast, Birmingham, Liverpool, Cardiff, and more. Want more books set in London? Here’s a list of 100 books based in London. Want more urban fantasy? Check out this Rioter list.