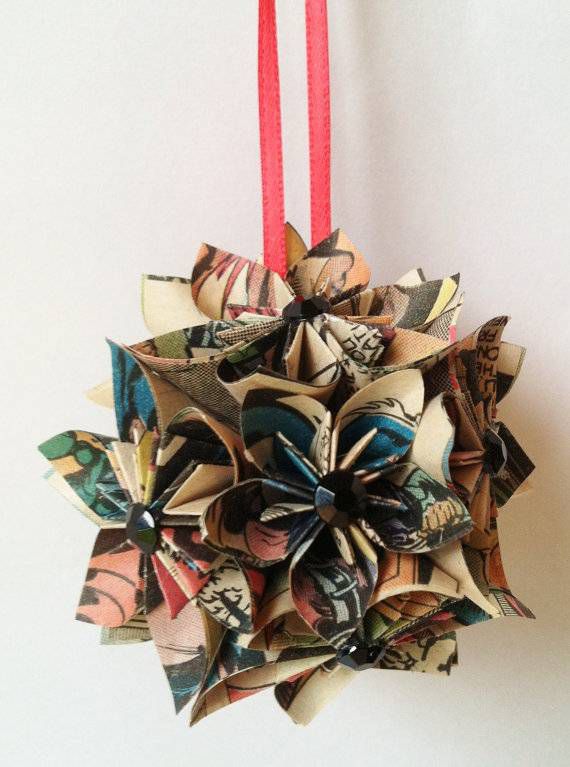 Sam Maggs has put together The Fangirl’s Guide to the Galaxy, a diminutive book subtitled “a handbook for GIRL GEEKS” (seriously, this thing is the size of my hand). As I picked it up and started going through it, my thoughts went in this order over the 200-ish pages: “Hrm, this is cute… this woman is on the money… this book is IMPORTANT.”

The book really boils down to five things:

1. Let your geek flag fly, girl! (Gain confidence in who you are)


2. Here’s where you can start geeking out. (Guides in where and how you can start letting that flag fly)
3. How to stay safe, deal with trolls, and the world at large. (This is the most important aspect in my mind)
4. Interviews with geekettes who are on the rise, have made it, or otherwise have dealt with all the difficulties of leaving Themyscira for Man’s World. (For example Jane Espenson, Erin Morgenstern, Kate Beaton, and more)
5. A complete definition of what the core of feminism is today (the pursuit of equality for EVERYONE) and who can be a feminist (anyone).

Sam Maggs commits a great deal of pages to instructing fledgling geek girls on where and how to express themselves. This includes teaching newbies the lingo (True Believers, Batgirls, squee, etc.) and where to start finding others who, like them, love all things geek (the local comic book store, board game meet-ups, etc.). But what makes this offering truly unique is where Maggs takes the time to delineate a full start to end guide on ways to express yourself in “normal” life. This includes everyday cosplay like wearing a Triforce brooch, starting a tribute band, or going hardcore and getting a geek tattoo.

Where you can really let it all hang out and how to stay safe doing so:

Maggs takes the reader on a journey through the seven kingdoms of the Internet: Twitter, Facebook, Tumblr, Reddit, and more. She informs us about the currency of the kingdom, the terrain, and the ghouls that lurk beneath the shiny digital surface. Anyone with a passing interest in geek culture (or Western culture in general) knows that being a strong, independent woman comes with a lot of adversity. There are a lot of great tips in not only how to deal personally with these trolls, dementors, and daleks that can and will accost you online, but also the methods of reporting them to each kingdom’s authorities. Later on, Maggs goes through participating in the various conventions in North America and how to stay safe when cosplaying, speed dating, or generally being in a large crowd of strangers. It’s so important to remember the need for safety especially when dealing with larger groups of semi-anonymous or completely anonymous people.

Mini-interviews with various geek girls who have made it:

I will spoil very very little about these interviews. I think it’s important that the wisdom therein should be taken in personally. As I brought up in my title, I am not a female and thus not a geek girl, but it’s so refreshing to see how geek culture empowers us all. These women rose against countless obstacles and did their part to pave the way for self-expression and freedom of personal identity. They let their geek flags fly and would not let anything stop them. Their advice may prove invaluable to you, the reader.

In the glossary of secret feminist codewords, lingo, and slang we have the direct definition of the word feminism as provided by Sam Maggs and as the core foundation of this book, “The belief that people of all genders deserve equal rights, everywhere. Boom.” The book goes on through defining all the pieces of the feminist movement, busting various myths on the Internet regarding feminism (including that men can’t be feminists and that feminism is about hating men).

For the sake of brevity (too late) and also to keep some mystery under the covers, I left out a lot of what the book goes through. I feel like I’ve gained quite a bit from reading it. Not just as a man, but as a geek. I’m not a fan of saying something is mandatory… but summer is upon us, and this should be on your summer reading list.