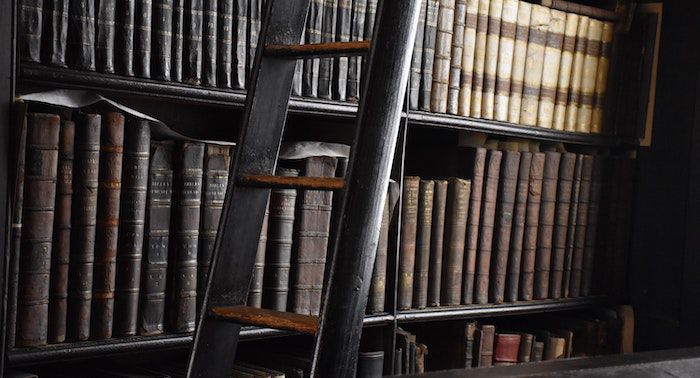 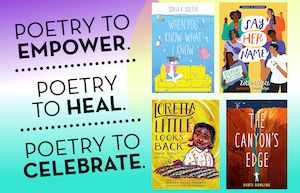 These four modern classics use poetry as a central tool for addressing hard-hitting topics young readers face in their daily lives—grief, abuse, gun violence, racial justice and activism, and the heritage of a creative history. Together they illustrate how poetry can name the unspeakable, give voice to the unheard, and act as a record of history. 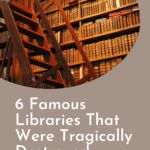 So, fair warning: this post will make you angry. After all, it is about the intentional destruction of information and the circulation of ideas. As a book nerd, what happened to the libraries below terrifies me, because it shows how quickly knowledge can disappear. Hate and misinformation can upend the systems of learning that we take for granted. Or, libraries can fall into disrepair and neglect, and eventually be cast aside when their value is no longer seen. The fate of the libraries below tells a cautionary tale. Their stories remind us to always be vigilant and to celebrate free access to knowledge.

In the 5th century CE, the Nalanda Monastery was a well-known seat of Buddhist learning and culture in northeastern India. Scholars and monks from across the Asian continent traveled to study at the famed temple complexes. And at the heart of Nalanda was its massive and sprawling library. Boasting hundreds of thousands of volumes, the collections at Nalanda contained information on the arts, sciences, literature, linguistics, Buddhism, history, amongst other subjects. However, as Buddhist practice and influence began to wane in India, Nalanda and its library declined. The final blow came when a general of the then-ruling Delhi Sultanate razed the complex to the ground in 1193 CE. The destruction was so complete that Nalanda was virtually forgotten until the early 19th century.

The Maya Codices are the present-day remainder of the written record of pre-Columbian Mayan civilization. Before the Spanish invaded the Yucatán, numerous cities throughout the Mayan world held archives of these folding bark paper books. Unfortunately, the contents of these books are little known due to the destructive actions of the Spanish. In the 16th century, in an effort to eradicate the Mayan culture, Spanish friars burned almost every book they found. The destruction was nearly total: from this period, only four books survive, now known to scholars as the Maya Codices. Those remaining books primarily deal with astronomy, horoscopes, calendars, and religious rituals. Although these primary resources are invaluable, they reveal how much has been irrevocably lost.

The Institut für Sexualwissenschaft, or Institute for Sexual Research, was an important library, archive, and counseling center located in Berlin. Founded in 1919 by sexologist Magnus Hirschfeld, the Institute promoted progressive research on gender and sexuality. The library itself housed tens of thousands of volumes, journals, and memoirs. Additionally, the Institute did pioneering research on what Hirschfeld termed “sexual intermediaries”: people whose gender did not correspond to their at-birth sex assignment. However, on May 6, 1933, the right-wing German Student Union attacked the Institute at the behest of the ascendant Nazi Party. In the days that followed, the Nazis gathered and burned the Institute’s collections in the streets. Moreover, they confiscated lists of names and addresses and later used them to round-up and arrest thousands of gay men in Germany. By this time, Hirschfeld was already living in exile, resettling and living the rest of his life in France.

The Iraq National Library and Archive

Before the U.S. invasion of Iraq in 2003, its National Library and Archive, located in Baghdad, was already in bad shape. For decades under Saddam Hussein’s regime the NLA lacked proper funding and basic equipment to house its collections. Additionally, the Ba’ath Party carefully monitored new acquisitions to determine whether they posed an “ideological threat” to the regime. Despite these constraints, the library contained impressive collections of rare manuscripts, as well as extensive Ba’ath Party archives. However, following the invasion, the NLA was ransacked and looted. Saad Eskander, the director at the time, stated that the losses in rare books, maps, and library infrastructure were extensive. Furthermore, Saddam loyalists systematically destroyed the entire Ba’athist Party archives to keep incriminating information from their political enemies. Today, the NLA is rebuilding and digitizing the holdings it managed to save.

The People’s Library, also known as the Occupy Wall Street Library, formed in Zuccotti Park, Manhattan, during the Occupy Wall Street movement in September 2011. Unlike the other libraries mentioned in this post, the People’s Library was entirely the result of donations from volunteers, protestors, authors, and publishers. At its height, the library had nearly 12,000 volumes. The holdings included a wide variety of books, from political pamphlets and philosophical tracts, to fiction, poetry, and children’s literature. Additionally, the library held events such as book and poetry readings, speaking to the culture fomented by the movement itself. The library met its end in November 2011, when Mayor Bloomberg raided Zuccotti Park and evicted the Occupy protestors. Although Bloomberg promised that the holdings would be safely handled, it soon became clear that the books had been trashed. Of the many thousands of books seized, only several hundred remained in usable condition.

The Library of Alexandria

Okay, so this list on tragically destroyed libraries wouldn’t be worth its salt without mentioning the Library of Alexandria. Founded during Ptolmey II’s reign in the 3rd century BCE, his royal library quickly became the powerhouse spot for learning and research in the Greco-Egyptian world. At its height, historians believe the library’s collections held over 400,000 scrolls. Contrary to popular belief, the Library of Alexandria didn’t succumb to a single, fiery cataclysmic event. Instead, it gradually declined, as Ptolemaic rule became more unstable and the Roman Empire took over former Greek territory. The Romans most likely destroyed the library in the 3rd century CE, when they crushed a rebellion in Alexandria. However, by then the library’s reputation had dwindled to such an extent that historians are unclear as to whether it still existed.