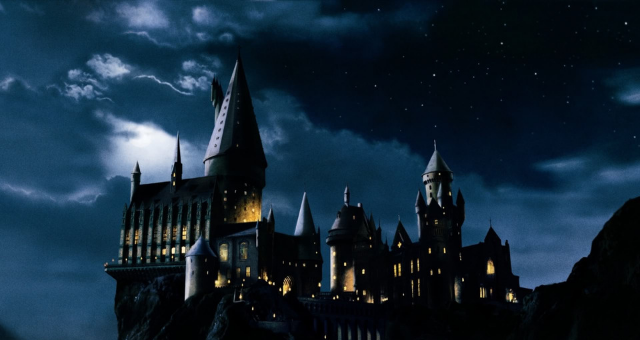 I was 11 years old when I fell in love with Harry Potter for the first time. It was the summer between 5th and 6th grade and I managed to avoid camp for another year. By August I had already finished my entire required reading list and was itching to find something new to get me through the last few weeks. I remember picking up a copy after scouring the library: Harry Potter and the Prisoner of Azkaban. I started reading it right then and there, settling into a cozy spot between two stacks. One, maybe two, hours passed before my mom tore me away from the story to head home. I was hooked. 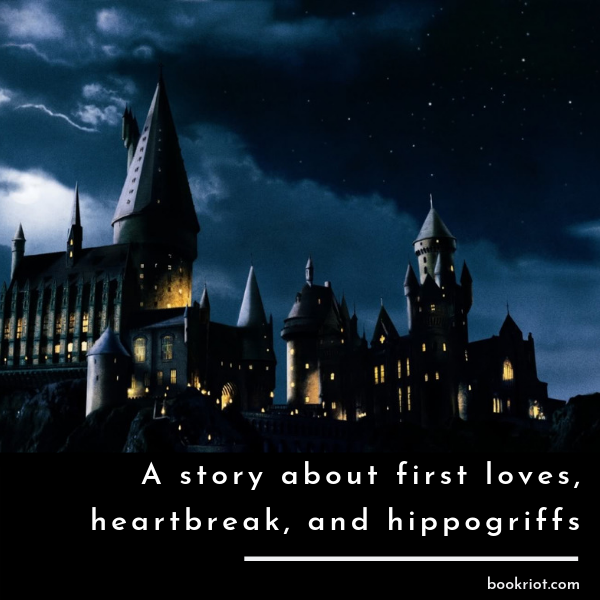 It’s amazing how visceral and real that memory still feels. I can still see it. The hippogriff on the cover, the stained library carpet, the old broken coffee pot on the librarian’s desk. I knew right there that I was holding on to something special. Harry Potter remained a constant in my life from that very moment.

I was 28 when I fell in love with someone for the first time. My opening line was something about us both loving Seamless and Harry Potter, must be fate right?

Our first date was in a cocktail bar in New York City. We spent hours flirting over drinks, discussing what house we’d be sorted into—I was a Ravenclaw who was desperate to tap into her Gryffindor side. I don’t remember what he said, but I do remember the rightness, the joy, that I felt. Here was someone who loved the series as much as I did. Who, I imagined, had consumed the books with the same childlike wonder, flashlight clutched tightly under the covers, turning page after page desperate to know if Harry and friends would make it through the latest disaster.

Our love of Harry Potter was just the spark that lit a match, from there we quickly fell in love. July 31st was our anniversary, Harry Potter’s birthday, a fact we both giggled over. To celebrate after a year together, we made the trek to The Wizarding World. I flirted with Stanley Shunpike, found my wand at Olivanders (dragon core) and drank one too many butterbeers. It felt like the climax of my story, something that had been building up from that very first moment in the library when I was 11 years old. It had all led up to this moment in this magical place with this beautiful man, I was swept away.

Do you remember in Harry Potter and the Sorcerer’s Stone where Harry finds the Mirror of Erised? The mirror that shows you what you desire most? I think every fan wonders what they would see. The old me would have said something about walking down the aisle to a Kishi Bashi tune, the man I loved waiting on the other end (in a smart suit and a new haircut). Three years and a broken engagement later—my answer has changed. I won’t go into the reasons we aren’t together anymore; that would take too much time. What I can say is that I’ve lost a partner, a best friend, and a future—on top of that, I’ve lost the ability to find comfort in this story that brought me so much joy.

I packed my books away in a chest under my bed because even looking at them are a reminder of what I’ve lost.

It’s been nearly six months and I wish I could say that it’s become easier, that I picked up a copy of Harry Potter and The Prisoner of Azkaban again and it was all OK, that I was able to get through the first chapter without shaking. But that would be a lie. I’m not there yet. Maybe in a few months, I’ll read a few more words, and a few more in the months after. Maybe I’ll watch Harry Potter and the Half-Blood Prince on a rainy weekend. Or maybe not. I simply don’t know. The only thing I can say with any certainty is that I can’t allow this to be another thing that gets taken away from me because before it was ours, it was mine.

This series and everything that it has meant to me over the past 20 years of my life is not something I’m ready to give up without a fight.