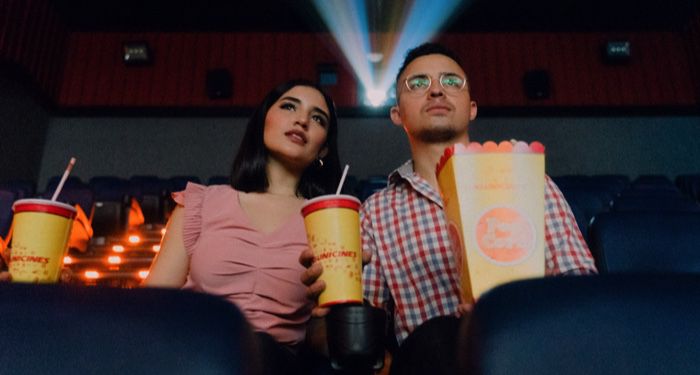 It’s September, and that means it’s almost FALL, beloved season of basic witches, all things pumpkin spice (delicious), falling leaves, Halloween decorations, and soup. I love it so much.

It is also the time for new shows and movies to start queuing up to become the next “It Show/Film” of the year. Let’s be honest: no one really remembers what comes out in the spring, and summer is for superhero movies (once again able to be enjoyed in an air-conditioned theater if you’re inclined; thank goodness because it’s HOT out there!). Fall is when the real good stuff starts to appear, and where do ideas for The Good Stuff usually come from?

You guessed it. Books.

That’s not to say screenwriters don’t earn their dough; they definitely do, and are wildly underpaid for the work they do. The nice thing about adapting a book for the screen — large or small — is that the result already has a built-in market that drives either book or media sales, or both.

Speaking of both, I’ve gathered 24 books that have screen adaptations below. Some do not yet have a set release date because the end of summer is “post-production season,” but it’s fair to say you’ll have plenty of shows and movies to watch, along with books to read, this fall and winter. 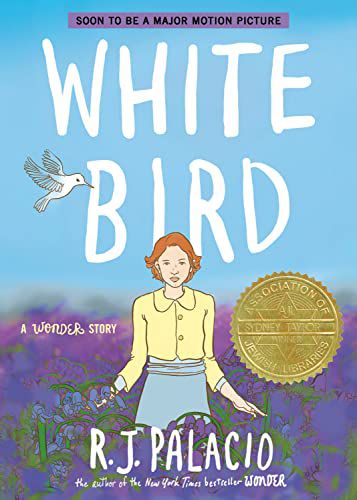 Palacio is the author of a little book you may have heard of called Wonder. White Bird: A Story of Wonder (movie link) takes us back to that world with the story of how Grandmeré Sara survived WWII. The text version is a graphic novel, which pleases me greatly.

Unfinished Tales is the story collection that inspired the upcoming Amazon Prime show, The Lord of the Rings: Rings of Power. For many of you, this will be enough, and that’s great! For the rest of us, this show will be proof that there is and always has been a LOT of walking in Middle Earth.

She Said by Jodi Kantor and Megan Twoehy

This is the story behind the explosive 2017 New York Times article written by Kantor and Twoehy. It sparked the arrest of Harvey Weinstein and catapulted Tarana Burke’s #MeToo movement into the public eye. 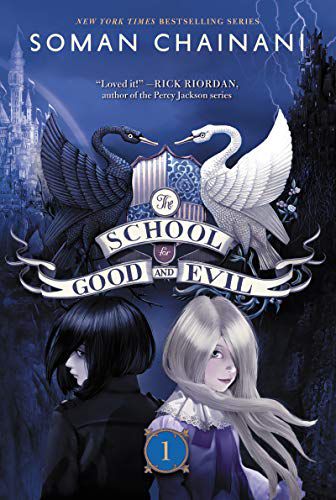 The School for Good and Evil by Somani Chainani

Get ready for some serious Wicked vibes, friends. Sophie and Agatha have been assigned to the wrong sides of The School for Good and Evil, and they have to figure out how to get reassigned. The cast of the film is studded with adult stars, including Charlize Theron, Kerry Washington, and Laurence Fishburne. I will definitely be rereading all six books in the series soon to prepare.

Tom Clancy’s Jack Ryan series (show link), starring John Krasinski, updates the character from the series that Clancy has been writing since The Hunt for Red October was published in 1984. The direct series currently contains 30 (!!) novels as well as other works written in the Jack Ryan universe. Ryan himself starts his career as a civilian history professor, but eventually joins the CIA and goes on in the novels to work his way up the political ladder.

The ’70s are back, baby, yea! Daisy Jones and the Six (show link) follows the titular band through their rise to stardom, fueled by a never-ending cascade of sex, drugs, and rock’n’roll. The show stars Riley Keough — granddaughter of a little-known artist from the 1960s named Elvis Presley.

JCO published Blonde (movie link) in 1999 and it got her on the finalist list for a Pulitzer Prize. It is fictional, but over the last 23 years, Oates’s Marilyn Monroe has taken root in the cultural consciousness. This will be the second movie based on the book; the first was a 2001 TV miniseries. 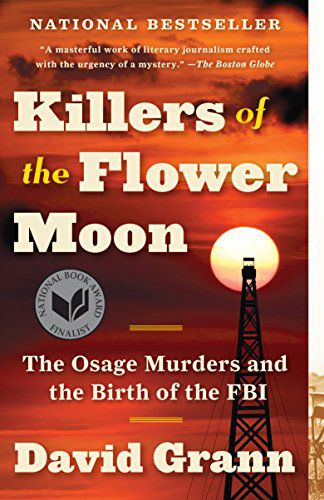 Killers of the Flower Moon by David Grann

In the 1920s, the Osage people were the richest people per capita in the world. Then they started dying mysteriously. The newly-formed FBI didn’t step in until the body count was already at 24, then they sent an agent to work with the first Indigenous American agent to uncover the terrible conspiracy behind the carnage. Scorsese directs, so it’ll be no surprise to anyone that Leonardo DiCaprio and Robert De Niro star.

Isaka’s satirical thriller follows five different assassins on the bullet train from Tokyo to Morioka as they all realize their missions may be connected.

This one got the big screen treatment as well as some star power with Brad Pitt, Sandra Bullock, and Michael Shannon, to name a few. You’re in luck; both the book and the movie are out now, so catch up quick!

St. Vladimir’s Academy is a boarding school for vampires and their half-human protectors. Rose and her vampiric charge, Lissa, have just been caught running away and were brought back to the one place that might be more dangerous than the outside world. The evil Strigoi need to turn Lissa to their side, and now they know where to find her. I devoured this series when it came out, so it’s probably time to read it again. Revive it, if you will. I’m not sorry. 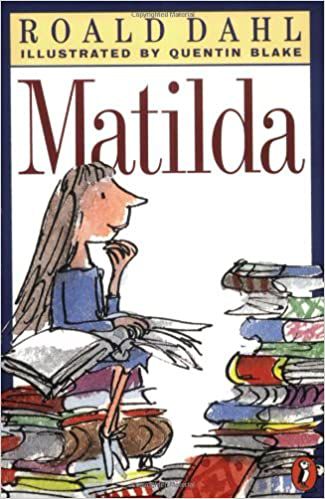 This is my favorite Dahl book, which surprises no one because we’re all here reading and writing at Book Riot. Don’t worry; this is the movie version of Matilda: The Musical (movie link), so it won’t interfere with your childhood memories of the 1996 classic.

Matilda is the brainiest, readingest child in England, but her parents don’t care a bit. When she encounters the bullying headmistress of her school, Miss Trunchbull, one of them is going down. The question is, who? And how?

The Midnight Club by Christopher Pike

Every night at midnight, a group of five terminally ill residents of Rotterham Home gather to tell scary stories in the dark. They make a pact that the first kid to die will try to contact the rest of them from beyond the grave, and that is where this story starts.

If Christopher Pike’s name doesn’t send a shiver down your spine, it’s time you joined the rest of us.

Sisters Nettie and Celie recount their lives in early 20th century Georgia — first to God, then to each other via letters.

The musical version of The Color Purple was one of the most stunning musicals I’ve ever seen. It’s difficult to take a text like this to the stage, much less to add music to it. I am anxiously awaiting the opportunity to see it brought to life on the screen (movie link). 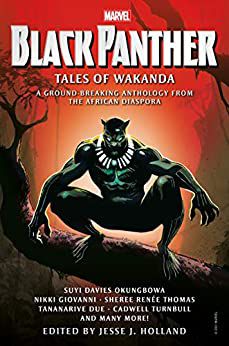 Another sequel coming up is Black Panther: Wakanda Forever, and if you haven’t seen the trailer, I beg you to pause and watch it now. While the graphic short stories in Tales of Wakanda aren’t directly portrayed in the upcoming movie, it may slake some of your thirst until the latter comes out.

One of the few highlights of 2020 was the Netflix movie Enola Holmes. Starring Millie Bobby Brown as Enola, the younger sister of Sherlock Holmes, and Henry Cavill as Holmes himself. It was a delightful diversion from The Year That Never Ended. It turns out that Enola is just as clever as her brother — maybe more. Which also means she gets into just as much trouble. Maybe more. The original series is six books long, so hopefully we’re in for 4 more films after Enola Holmes 2 (movie link) comes out.

The Wonder by Emma Donoghue

A veteran of Florence Nightingale’s Crimean campaign is hired to watch over and protect a young woman who appears to be a miracle. Eleven-year-old Anna O’Donnell has completely stopped eating and drinking, and yet remains in perfect health. The two form a bond that will be tested as the reality of Anna’s situation becomes apparent.

I love Emma Donoghue’s writing with my whole heart. I hope more of her books are in the process of becoming films (movie link). 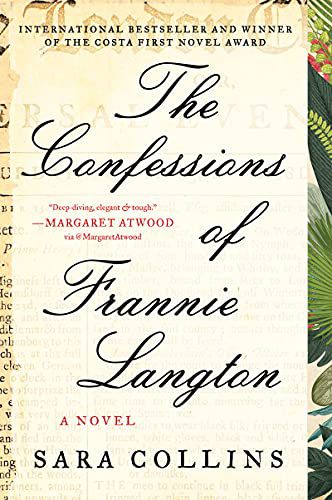 Frannie Langton, formerly enslaved in Jamaica and now living in England, has been accused of murdering her employers. The trial is a spectacle, and the testimony against her is damning. If she could remember what happened that night, she might be able to save herself. But try as she might, she cannot (show link).

Anne Rice’s ultimate vampire novel is getting an update along with the small screen treatment. Join — or rejoin — Louis, Lestat, and Claudia in the New Orleans of the late 1800s, where vampires are real and terrifying in their viciousness.

A secret military project in China has made contact with an alien civilization — one that is on the brink of collapse, and is therefore planning to invade Earth. Meanwhile, humans are torn between welcoming alien life and preparing for war. Liu’s multi-award winning series (show link) is challenging and complex; it will be fascinating to see how it translates to the screen. 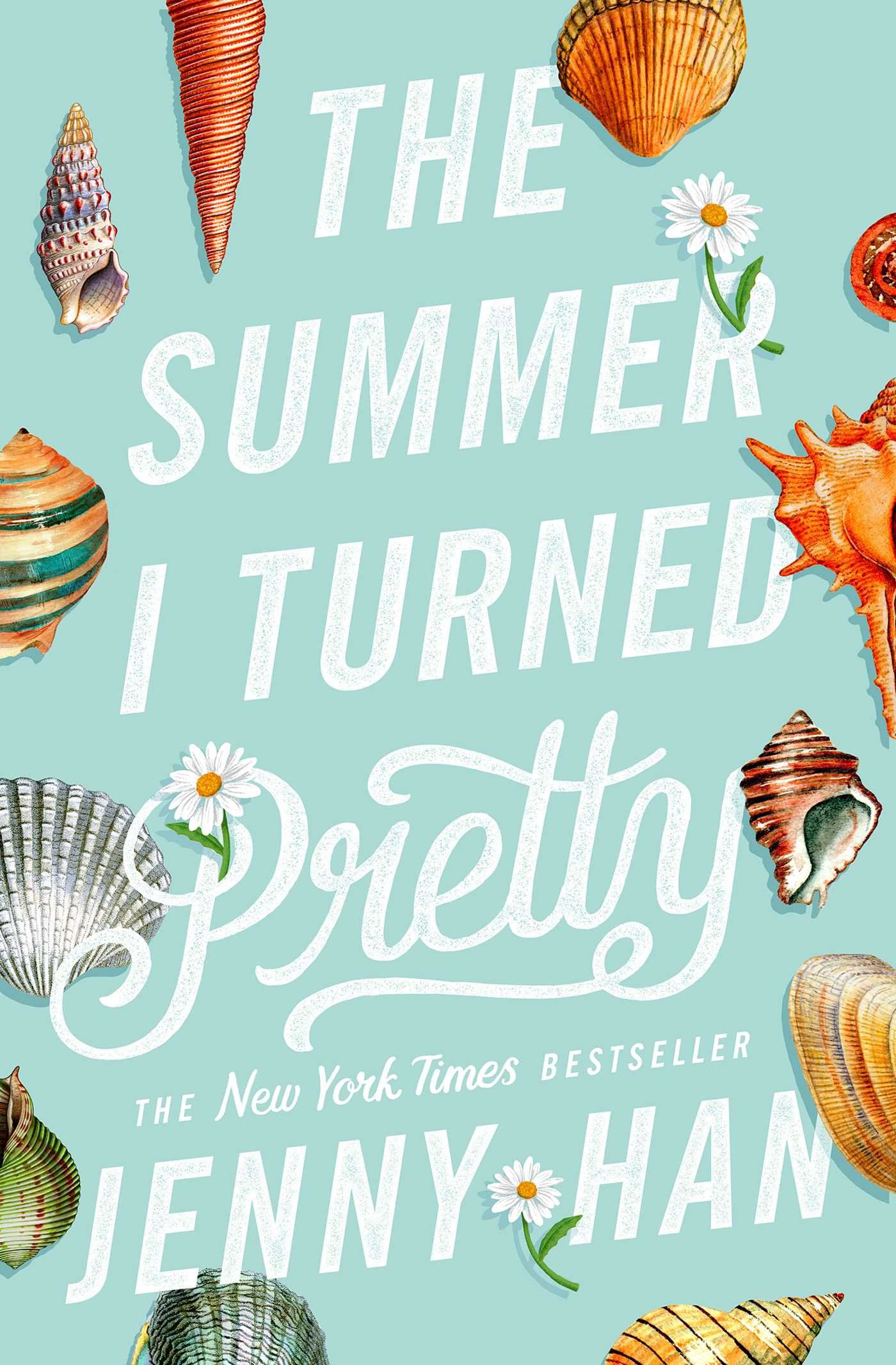 Season 1 of The Summer I Turned Pretty (show link) debuted on Amazon in June 2022, nine days after an announcement that season 2 had been greenlit.

Belly counts the days until summer, when she can be with her friends — Jeremiah and Conrad, especially. And one summer, she turns pretty. Everything changes.

By my estimation, there’s enough media — both books and movies/shows — to keep us entertained throughout the whole fall and winter. Don’t forget to grab your PSL before you snuggle in with whichever one you decide to start with!