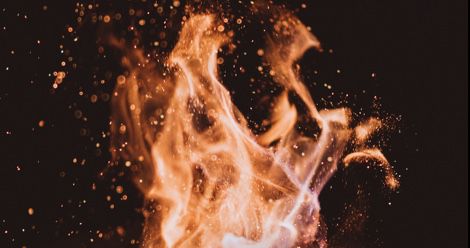 This is a guest post from Tasha Suri. Suri was born in London to Punjabi parents. She studied English and Creative Writing at Warwick University, and is now a cat-owning librarian in London, and author of fantasy novel Empire of Sand. A love of period Bollywood films, history, and mythology led her to write South Asian-influenced fantasy. Find her on Twitter @tashadrinkstea.

A sect made up of farmers and traders, at odds with the all-powerful imperial government, crosses paths with a witch. She offers them a gift: a spell that will ensure they are undefeatable in battle.

“When one of you is killed,” she tells them, “a dozen new warriors will rise from the ground in their place. No weapon will be able to harm your cause. My sorcery will protect you.”

Filled with the blazing promise of her magic, the sect overthrows the local administration, cutting a terrible swathe through the emperor’s army.

The army’s soldiers are terrified. The sect is unstoppable. Its women have particularly terrible powers, riding at the head of the charge on horses carved from wood that move like living, breathing animals. But the emperor fears no witchcraft, and even as his men tremble, he calls for a needle and thread, and begins to sew holy charms into his army’s banners, to protect his men from evil spells. It is his magic, pious and privileged, that turns the tide of the battle, and sees the sect slaughtered.

This tale has the hallmarks of fantasy or fairytale or myth. But against all odds, it’s history, an anecdote about the Satnami uprising of 1672, a Mughal era rebellion against the oft-rebelled against Emperor Aurangzeb.

Did the Satnamis really ride horses of wood, I hear you ask? Did a witch grant them powers? Did the emperor really truly defeat them with charms sewn into flags?

Excuse me if I look at you over the top of my glass like The Worst Librarian. No, of course not. But in a pre-industrial world, magic was not confined to blockbuster drama series or SFF tomes. Magic was immanent, real and experienced. Most significantly of all, magic was not its own force, a thing to be wielded by Chosen Ones in cataclysmic wars against the forces of evil. More often than not it was instead utterly entangled with the lived reality of religious faith.

In India’s Mughal Empire, magic – be it worked by needle or water or by prayer – was a manifestation of the piousness of powerful men, evidence of their right to rule. When the first of the Mughal emperors, Babur, was informed his son Humayun was dying, he prayed for his life to be taken in his son’s place. Humayun lived, and Babur sickened and passed away. According to a Jesuit missionary, the famous Emperor Akbar possessed the power to heal the sick via the water he used to wash his feet.

At the same time, in Stuart England, monarchs were imbued with similar divine power: the ‘king’s touch’ purportedly had the power to cure the skin disease scrofula; when Charles I was executed people dipped handkerchiefs in his blood in order to thieve a taste of the divine power in his blood. Magic in the hands – literally in the blood and bone – of the socially powerful was perceived as a force of good, and the powerful also had the ability to define what constituted evil. James I, for example, famously wrote Demonology, which was a guide to recognising witches.

But the waters of faith and magic were muddier where power was less absolute. European visitors to the Mughal court called Hindu religious practice as witchcraft and sorcery, defining it not as a manifestation of faith but a sign of otherness. To the administration of the Mughal empire, the Satnamis were unnatural sorcerers. But what those Satnami rebels felt about being brand as evil – and how they defined the nature of their Hindu faith and their magic – is lost, because they lost.

Stuart era ‘cunning folk’, normal but gifted people who used charms and amulets which contained religious prayers alongside common-sense medicine, could find themselves branded as witches or heretics, despite the use of faith in their work. The inherent nature of their magic – whether it was good or evil, holy or sinful – was defined by the winds of religious fervour.

And the powerful were, of course, the ones in charge of the weather.

So what can the history of faith and magic tell us about magic in SFF? One brief snapshot of history, stretched across India and England, gives us an insight into a world where faith and magic are entangled, where good and evil, a holy miracle or darkest sorcery, are defined by those in power.

Good magic, history tells us, rests in the hands of monarchs and their advisors, not in the hands of rebels or ordinary men and women. History also tells us that this is a lie. History is complicated, made up of conflicting worldviews and struggles for power, and one person’s faith is another’s blasphemy. There is a social dimension to power and faith – and accordingly to magic – that history asks SFF to ponder.

So next time you read an SFF novel, think about this: You live in a world where magic was real, once upon a time. Your ancestors knew what magic felt like. Fantasy isn’t so unreal, after all. And who gets to be the Chosen One…well. That depends on who you ask.