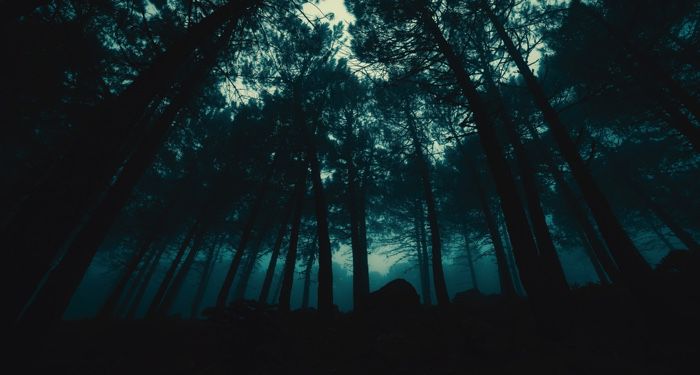 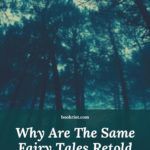 “Cinderella.” “Little Red Riding Hood.” “Snow White.” “Sleeping Beauty.” “Beauty and the Beast.” “The Little Mermaid.” “Hansel and Gretel.” Most of us can probably name numerous books and movies that have reimagined these tales. It’s impressive how many variations of the same tale can be told, and it’s my proof when people ask, “Haven’t all stories been told?” Well, perhaps, but they haven’t been told by you, with your unique perspective. One writer’s version of “Snow White” can be so very different from another’s. But the more fairytales I read, the more I wonder why some are retold so much, while other equally good fairytales are never or rarely retold.

As Jack Zipes asks in his fairytale analysis Why Fairy Tales Stick, why do some fairytales stick and not others? I decided to ask several writers and retellers of fairytales this question to get their opinions. Their answers are multi-faceted.

The Cyclical Magic Of Fairytales

“Repetition is its own kind of magic,” author Alix E. Harrow explains. Like a spell, once a fairytale catches the popular imagination, it ignites. “Trying to trace the beginning of my love of fairytales is like trying to lick my own elbow or find the end of a circle. I’ve been breathing fairy tales since before I could read…These are my foundational myths. Of course I keep coming back to them—how could I ever escape them?” Harrow retells one of these foundational stories—”Sleeping Beauty”—in the first book of her fractured fairytale novella series slated for release in 2021, which she describes as the Spider-Verse, but fairytales. (Her feminist witch book The Once and Future Witches releases this October.)

Young adult author Melissa Bashardoust has more to say on this repetitious nature of storytelling:

“I think part of this is cyclical—we’re often drawn to retell stories we’re familiar with or that impacted us when we were younger, and so those are the stories that another generation becomes familiar with, and so on. But also, the stories we retell are often the ones that we believe still have relevance for modern audiences. The fairytales that are retold are the ones that can transform over time because they speak to universal fears (such as how Bluebeard morphed into the gothic novel at one point, and has now morphed into domestic suspense) or hopes (as with the many, many variations of Cinderella to be found in romantic comedies over the years).”

Bashardoust’s first novel, Girls Made of Snow and Glass, retells “Snow White.” Though frequently retold, she transforms the tale through a feminist and lesbian lens to create a truly beautiful and original narrative that still has the ring of magic from the original. Her upcoming fairytale novel releasing in July—Girl, Serpent, Thorn—retells a less familiar tale from the Persian Shahnameh.

Writer Jennifer Donnelly explains one reason why these tales caught the popular imagination in the first place:

“I think it’s because those particular tales show heroines, with the decks stacked very much against them, triumphing over adversity. They give us hope…Most of us are not living our lives at the mercy of a wicked stepmother or an evil queen who has ordered her huntsman to cut out our hearts, but we still know what it’s like to be the victim of a mean girl or a queen bee, or to be treated badly by some other authority figure. Cinderella is powerless and living in very bad circumstances, yet she persists and gets what she wants without ever compromising her deep, essential goodness. The message that fairytale gives us—that kindness truly can win—is incredibly powerful and inspiring.”

In Donnelly’s retellings, she often takes a popular fairytale and subverts it by retelling the narrative from a different character’s perspective, such as in Stepsister, her feminist and empowering retelling of “Cinderella.”

Author Ashley Poston agrees with Bashardoust, Harrow, and Donnelly, saying “I think they’re retold again and again because there’s something intrinsically familiar about them, and we—as humans—always tend to gravitate toward the familiar.” Her most recent book in the Once Upon a Con series, Bookish and the Beast, retells the ever-popular Beauty and the Beast.

White Colonialism And The Media’s Influence

But there’s a problem with gravitating toward familiar fairytales, as Poston points out:

“[W]hile I love de Beaumont’s Beauty and the Beast, there are many other cultures that have similar narratives that are lesser-known, and I often wish more of those were published—[Greece]’s ‘Cupid and Psyche,’ the Norwegian ‘East of the Sun West of the Moon,’ the Turkish ‘The Princess and the Pig,’ the southern African ‘The Snake with Five Heads,’ the Chinese folktale ‘The Fairy Serpent’—just to name a few. And it’s easy why I don’t think they’re more well-known: it’s because the majority of them aren’t from white storytellers.”

Patriarchal white colonialism has narrowed the field of popular fairytales to those from a few classic fairytale authors—Charles Perrault, Wilhelm and Jacob Grimm, and Hans Christian Andersen. And then Western white media winnowed the selection down even further by selecting tales from each of these authors that represented their values (especially Walt Disney). As author Kat Cho argues, “I do think that western fairytales are more widely disseminated because western culture is dominant in media and entertainment…I wish more folktales from non-western countries were more popular.” Kat Cho’s debut novel Wicked Fox uses the gumiho (nine-tailed fox) from Korean folklore as its premise.

The very familiarity of fairytales that makes them so magical is also problematic in that it stems partly from a racist, patriarchal media. And even within the most popular ten fairytales, white versions are usually the ones that are retold.

“For example, did you know one of the oldest versions of “Cinderella” we know of actually comes from China?” Shveta Thakrar, the author of the upcoming Star Daughter, asked. She’s referring to the fairytale “Yeh-hsien” (or “Ye Xian”) which was first published in 850 CE, and most likely dates back even further.  But the version most commonly recognized comes from Charles Perrault (Disney based his film Cinderella on Perrault’s version) or from the Grimm Brothers (like from Stephen Sondheim’s Into the Woods). This isn’t to say that authors who retell these popular fairytales are racist, not at all. Many authors retell these stories in subversive, feminist, anti-racist ways. But the popularity of this handful of fairytales all from white Western cultures serves to gate-keep writers of color from retelling the stories from their own cultures.

“I’ll admit” Thakrar told me, “it’s a little harder to do a retelling when your audience isn’t familiar with the source material; they don’t know what bits and themes you’re changing. But ultimately, your story or book has to stand on its own, anyway, so I hope hearing that doesn’t stop anyone. Write it!”

I’d specifically like to look at the most recent novels by Shveta Thakrar, Kat Cho, and Melissa Bashardoust and how they went about retelling fairytales and myths from their non-Western cultures for a broad audience of readers. 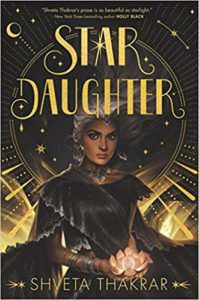 In Star Daughter, Thakrar “adapted the source material (Vedic astrology), peppered in bits of mythology here and there (like the story of Gajendra and the crocodile), and even made up my own myth (the creation of diamonds) to create what I think is a modern and feminist original fairy tale.” It takes place in our world. Sheetel’s mother is a star, but her father is a human. Sheetal is a mostly normal teen girl who is annoyed by her often overly inquisitive aunt and her father who still treats her like a child, and worries over her grades and hiding her new boyfriend from her father. She keeps her brilliantly white star hair a secret by dyeing it, and only her family and best friend know her mother’s origins. When she starts to hear the song from the stars, she becomes suffused with star magic, and accidentally hurts her father and sends him into a coma. The only way to save him is to travel to the stars and see her mother. But her mother has other plans for her, and Sheetel becomes entwined in a magical, music competition.

While Western readers, like myself, might be unfamiliar with the Hindu mythology and folklore Thakrar uses, it’s easy to become wrapped up in Sheetel’s story. Thakrar grounds the myths in our familiar, modern world, and Sheetel’s worries are the same worries as many teen girls. The characters and relationships feel so very real and complex and engaging, and the Hindu mythos creates a gorgeous backdrop to a story about women’s relationships and trying to discover the kind of person we want to be. 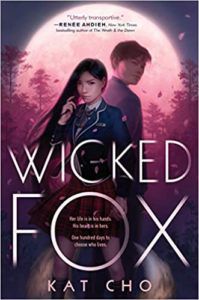 Similarly, Kat Cho sets her YA novel Wicked Fox in contemporary Seoul. It’s a darker novel than Thakrar’s. The main character, Gu Miyoung, is a gumiho. She can transform into a nine-tailed fox and must eat men’s souls to survive. With the help of a friend, she eats only the souls of evil men. But when she accidentally loses her fox bead to Jihoon, a kind teen boy, her own soul may be lost. Meanwhile, she decides she’d rather be a good person by refusing to eat any more souls than a living, evil person, a decision her mother rails against.

Melissa Bashardoust’s newest novel, Girl, Serpent, Thorn (July 7), is a Persian-inspired YA epic fantasy based on a variety of texts, including the Persian epic Shahnameh, older versions of “Sleeping Beauty,” and “Rapunzel.” While Thakrar’s and Cho’s novels are grounded in this world, Bashardoust set her novel in a fantasy kingdom at war with demons, or, at least, they were once at war with them. Now everything is peaceful, but not for Soraya, whose skin is poison to everyone. It only takes a single touch of her skin to die. So her royal family has locked her away in their palace. Her twin may be the kingdom’s ruler, but she has no freedom whatsoever. Few know she even exists. Despite the unfamiliar kingdom and magic, the narrative of “girl imprisoned in tower” is a familiar one, and while at first it feels as if the narrative is following a familiar, heterosexual storyline, Bashardoust twists the narrative about halfway through and a complicated, feminist storyline emerges.

What these three examples show is that even when writers retell fairytales outside of the most well-known tales from Western-canon, readers can still find pieces of the narrative to engage with and to build off of their own knowledge for how stories work. And honestly, readers crave the new. We want to hear other stories, even while we take joy in retellings of the most well-known tales. Readers can, and should, have both. And it’s especially important for diverse readers to see themselves and their familial stories represented in fiction and film. There’s a joy in reading about unfamiliar magic and plots, and broadening the pool of fairytales can only add to the joy of reading them. Now it’s time for media and publishers to step up and give us more diverse fairytales.

Want to read more about fairytales? You’ll love these: