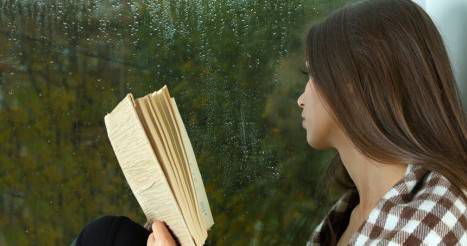 There are several books that get counted as “bringing me back to comics.” Over the years, I fell in and out of comics reading largely based on access. By the middle of college, rightfully terrified of the only shop I’d seen in town, I was basically just rereading back issues of Generation X, and having House of M explained to me. That’s when someone introduced me to Bill Willingham and Mark Buckingham’s Fables.

A friend of a friend handed me the first three trades and said “I think you’ll like this.” They were right. Fables had a fairly massive concept – a town full of fairy tale characters, displaced by a mad emperor and driven to our world – but carried it out via deep dives into individual characters identifies and a commitment to world building. And now the book that got me back into buying comics regularly is over.

If you aren’t familiar with Fables, it’s sort of a whole big thing. The main series ran for 150 issues, but there were also graphic novels, a prose novel, mini-series, two spin-off comics, a video game, and a comic based on that video game. And the comic takes place in a world big enough to bear all that continuity without being spread too thin. The idea of fairy tale characters living quietly among us wasn’t an immediate sell for me – I had to be convinced to give the book a fair shot. Once I did, I found that it wasn’t the plot-driven epic I assumed it would be. Every story was grounded in who these characters were as people. In the beginning, it was a matter of how they differed from their storybook versions, but as the book went on their experiences began to shape them. Whether she’s dealing with a battle for a magical world, or issues of local government, Snow White’s behaviors are true to the caring heart and tactical mind she’s been shown to have. Through 150 issues, her character arc remains believable.

The final issue is also the final trade – it’s both issue #150 and volume 22. Only about half of that real estate spent on the final battle the stories been driving toward as it closed in on the end. The other half of the book is filled with shorts – all written by Willingham, but illustrated by a variety of artists. These are final little narrative buttons for the comic’s many, many characters. If you’re a reader of Fables, you’ve been seeing some of these in the backs of issues for awhile now. They’re sort of sweet, in that they provide a chance to remember just how much story this book has had. Over its thirteen year run, Fables has found time to tell compelling stories about innumerable characters. Trying to squeeze them all in to the main story would massively overcrowd the narrative, even if they weren’t spread out across worlds. This approach also means that their final stories can occur whenever makes sense for them, instead of trying to force a mountain of characters to a tidy, simultaneous resolution. Some of the shorts worked better for me than others, but overall it’s a choice that lets the book end on a positive note. The narrative-closing first half is a little rushed, though. It squeezes twelve chapters into roughly 75 pages, and it has a mountain of story to tell in that space. Fables’ main strength, to my mind, has always been how much it’s driven by the characters and their individual identities. For much of the first half, especially the last two chapters, I felt like I was being flung from plot point to plot point.

It’s a quibble, ultimately, because I still enjoyed the book. But when I try to get people started on Fables (which is often), I usually shove the first two trades into their hands because I want them to see that character focus take shape. Volume one spends a lot of time setting up the board and establishing a baseline for the central characters. In volume two that the scope of things expands, but we also begin to see these characters as people instead of avatars. Characters rotate into the lead, stay there until you’re deeply invested, and then get put to the side for the better part of a year. Concepts and threats pay off three arcs after they’re hinted at, leaving you suddenly heartbroken about characters you barely took seriously before. I had many conversations about which character would fulfill which part of a prophecy set before them. At this point it’s been so long since that all became pretty apparent, that I no longer remember my initial theories. Let’s just assume I was either totally right, or horribly wrong.

I love this book. I’ll miss this book. I sort of wish it had gone for one last gut-punch on the way out the door.