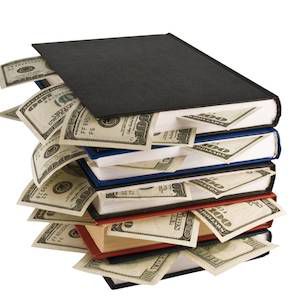 Hi, my name is Jess and I have a problem.

I have too many books.

Most of us will say that, and I’ll bet that there are so many people like me (and worse off than me) that we could probably have a secret handshake and membership meeting places across the globe.

But you know what I mean.

So in order to at least catch up a little bit on reading the books I already owned, I decided, at the beginning of 2013, that I wouldn’t buy books anymore (in part thanks to Renee Ramsay, over at Dueling Librarians, who had completed a part of her own moratorium by this point). I could still check out books at the library if it was something I HAD to read immediately, and request books off NetGalley–eventually I even allowed myself to “buy” free books on Amazon. But absolutely no books would be acquired in exchange for money.

But I forgot about that whole willpower problem I have.

A ridiculous thought, since I had over a hundred paper books and galleys that I had purchased or gotten at library conferences, just sitting there on the 15 inch Billy bookcase I got for the distinct purpose of TBRs. Not to mention the three distinct ereader programs on my ipad, which had different selections of free and discount-purchased books. I even had a friend who saw my Facebook posts whining about not buying books and sent me a couple brand new, shiny books.

And then, it came. AwesomeCon. Not the greatest Nerdvana, and mostly filled with Comic Book stalls in the Dealer Room (I read comics too, but won’t fall into the same kind of binge buying).  But I had gone to a panel–the only literary one on the docket that year–and all five of the authors were signing their books. A couple were giving them away, but the others were selling at discounted prices. One author had even gone to multiple bookstores that morning and bought out their copies of his book, because he had sold his small batch from the publisher the day before.

I couldn’t just not buy them. Support the authors and all that.

So that’s how I broke my moratorium. The first time.

After that, it began to trickle. A Kindle book on sale, or a three-for-two sale at the bookstore.

By July, I had bargained with myself that I could buy books as long as they were used or on sale. This was mainly because I spent a lot of time on Saturdays in a neighborhood that had a wonderful used bookstore and a Books-A-Million–a place I rarely buy anything that I can’t find in their endless Bargain section.

By the Fall, I was back to a modified version of my old habits.

Of course, now that I’d experience life without acquiring books, I knew I wasn’t going to be able to maintain such a project. Instead, I decided to try to maintain that practice; buy books on sale, or used. Even used books could be more expensive than a deal on Kindle or iBooks, so I am in the practice of regularly checking that. Overall, I spend a lot more time considering the books I pick up; will I read them soon, if at all? Am I just getting it because it’s popular, or do I really find it interesting? If I don’t feel an urgency for a book, an “oh, I’ve been meaning to read that!” stirring in my gut, I don’t pick it up.

I sort of stabbed myself in the foot, though, by subscribing to things like the Kindle Daily Deal. I’ll bet I don’t spend as much money on books as I used to, but my count between paper and ebooks is now well over 500–probably closer to a thousand.

Someday, I’ll get that number down; I’ve even started culling the old free books that actually sound awful now that my selection process is more discerning.  But I have the feeling that it will probably get worse before it gets any better.

A while ago, a fellow Rioter wrote that we should never question or be ashamed of the number of books we own and haven’t read yet. I wholeheartedly agree.

But I’d really like to actually get around to reading the ones I’ve got.