As a reader, librarian, and all-around fan of the written word, I take issue when someone tries to tell me that my choice of reading material is inappropriate or malignant in some way—that somehow, they know better than I do what book is the right book for me. Happily, as I am an adult, it doesn’t happen all that often.

Kids, of course, deal with this far more often. I’m all for families navigating those waters on their own—while my reading was never monitored, my parents were pretty strict about what movies I could go to or what I was allowed to watch on television—and a lot of times, schools try to facilitate that by allowing students to complete alternate assignments when a classroom is covering literature that somehow clashes with a family’s beliefs. That compromise works for a lot of people.

Sometimes, though, people want to make the decision not just for themselves, but for everyone else in their classroom or community. And that’s when the trouble starts. 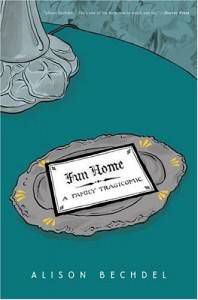 • Yucaipa, California. A 20-year-old student at Crafton Hills College enrolled in English 250: Fiction to fulfill a degree requirement, and was horrified by four of the ten books on the syllabus: Fun Home by Alison Bechdel, Y: The Last Man, Vol. 1 by Brian Vaughan, The Sandman, Vol. 2: The Doll’s House by Neil Gaiman, and Persepolis by Marjane Satrapi. She and her parents have done some protesting outside of the school’s administration building, and ultimately “would like the books eradicated from the system.” As pointed out over at the CBLDF, a syllabus was handed out on the first day of class, there is an ample add/drop period, and English 250 is far from the only course that fulfills the particular requirement in question.

My take: I’ve always thought one’s college years as specifically being about broadening horizons, testing boundaries, and widening outlook… in this student’s case, apparently not—and bully for her for knowing what she wants, I guess? Trying to force everyone else to go along with her opinions and worldview, though? Not cool. 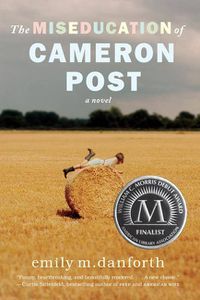 • Hays, Kansas. A group of patrons has taken issue with an LGBT book display in the young adult section at the Hays Public Library, some saying that they don’t “object to the subject matter; merely the placement,” others arguing that “books of any sexual nature do not belong in the children’s or young adult section.”

My take: As for the first argument, It’s a YA-themed and targeted display, so I’m not sure why it shouldn’t be located in the YA section… unless someone is being less-than-forthright about their reasons for objecting to the display? That would not be a first.

And as for the second argument, I’m guessing that the Hays Public Library will shortly be receiving a request for all items in the children’s and YA section with sexual content—so, Breaking Dawn, Looking for Alaska, Forever, Nick and Norah’s Infinite Playlist, Boy Toy, Forbidden, and probably at least two-thirds of the other books on the YA shelves—to be removed? No? Yeah, I thought not.

Agree? Disagree? Feel free to hash it out in the comments.

Like chattin’ up other readers and keeping track of your books on Goodreads? So do we!Come give us a follow.