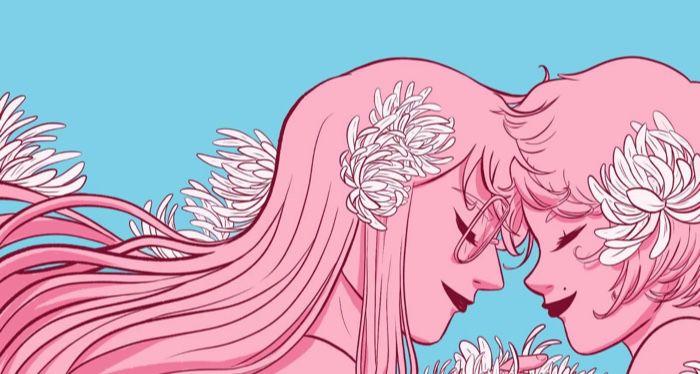 The year 2022 is nearly in the rearview mirror. We all read some great books, maybe received some as holiday gifts, and ate too much food. I wrote at length about some of the best comics of 2022. Now, it’s time we look ahead at great comics coming in 2023.

I looked pretty far and wide here. I read solicitations, press announcements, and even chatted up some publishers to get a good view of what 2023 is going to look like in the comic book world. Of course there are superheroes. Lots of them. But comic books are more than superheroes. There’s a queer ghost story and a coming-of-age tale of gender transition. There’s a post-apocalyptic story you never knew you needed. And maybe Power Rangers.

I have to give a shout-out to the comics publishing world. Diversity is important here at Book Riot. Often when I’m making a comic book list, it’s overstuffed with books written and drawn by white men. Not so here. Most of the books that made my initial list, before I whittled it down to 11, featured women and BIPOC artists and writers. Diverse people telling diverse stories are going to be all over comic book shelves next year, and I couldn’t be happier for it.

Now on with those exciting comics coming in 2023. 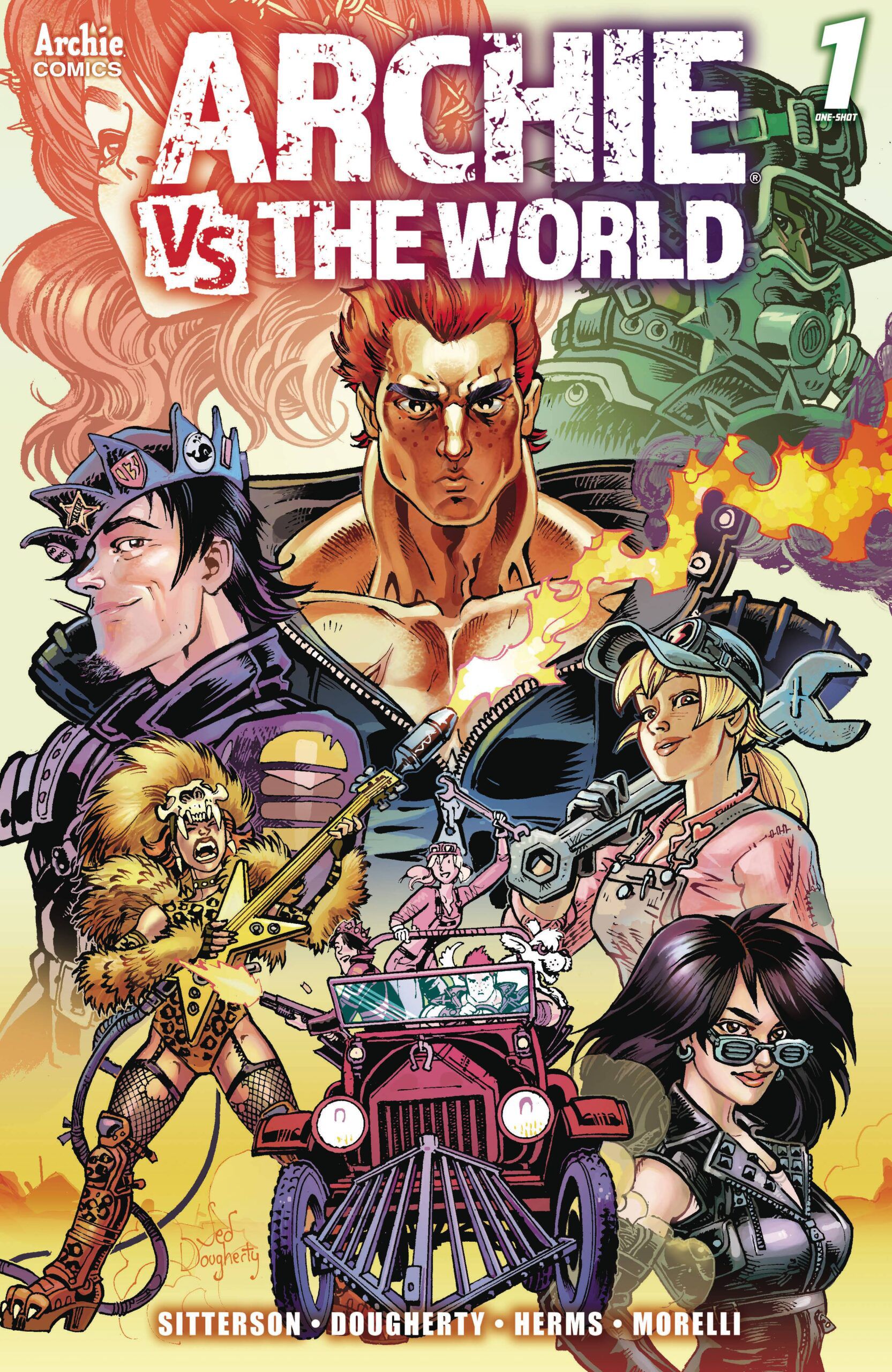 Archie, Veronica, and the rest of the gang are familiar to all of us. Now imagine them in a post-apocalyptic fight for their lives. It’s somehow bewildering, nonsensical, and brilliant all at the same time. But maybe don’t tell Grandma that this is what Archie is up to these days. 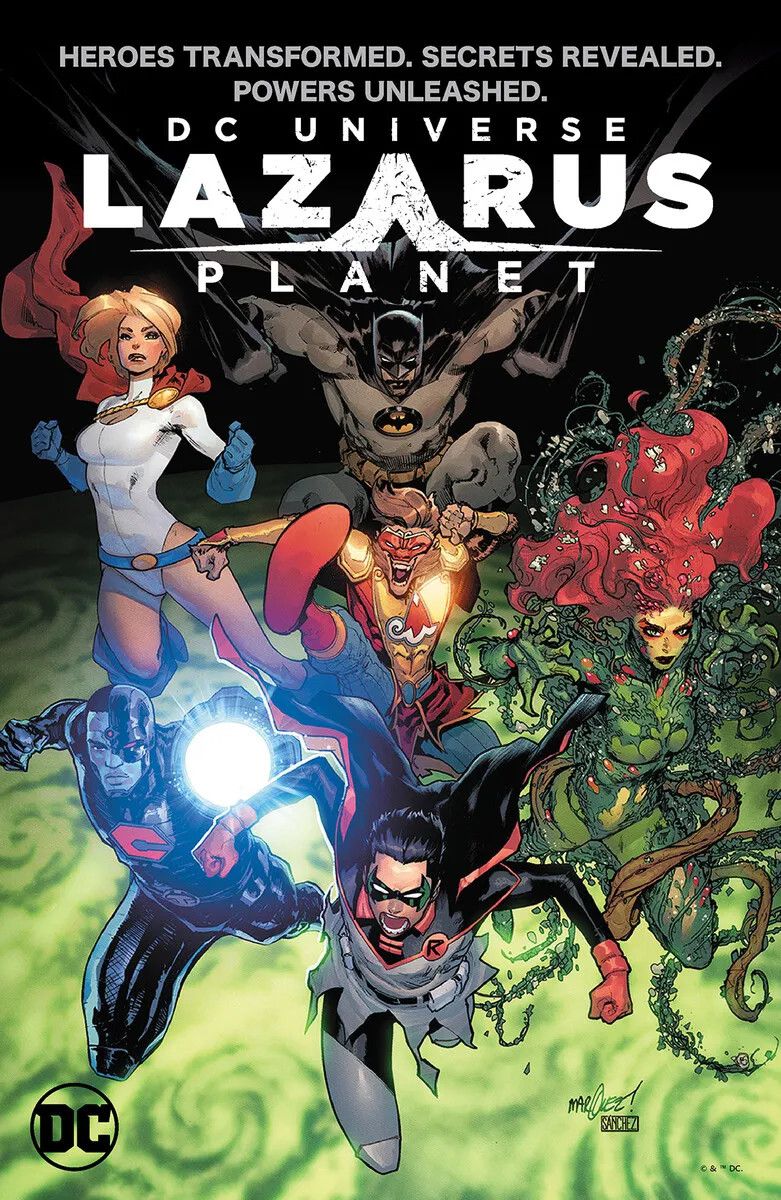 Coming off the upheaval of DC’s big 2022 event, Dark Crisis on Infinite Earths, DC is kicking off 2023 with a follow-up. From what we’ve seen in the teasers, the Lazarus Volcano explodes, sending the green goo of the Lazarus Pits into the atmosphere. Their tag line is, “Heroes transformed. Secrets revealed. Powers unleashed.” This should be fun. 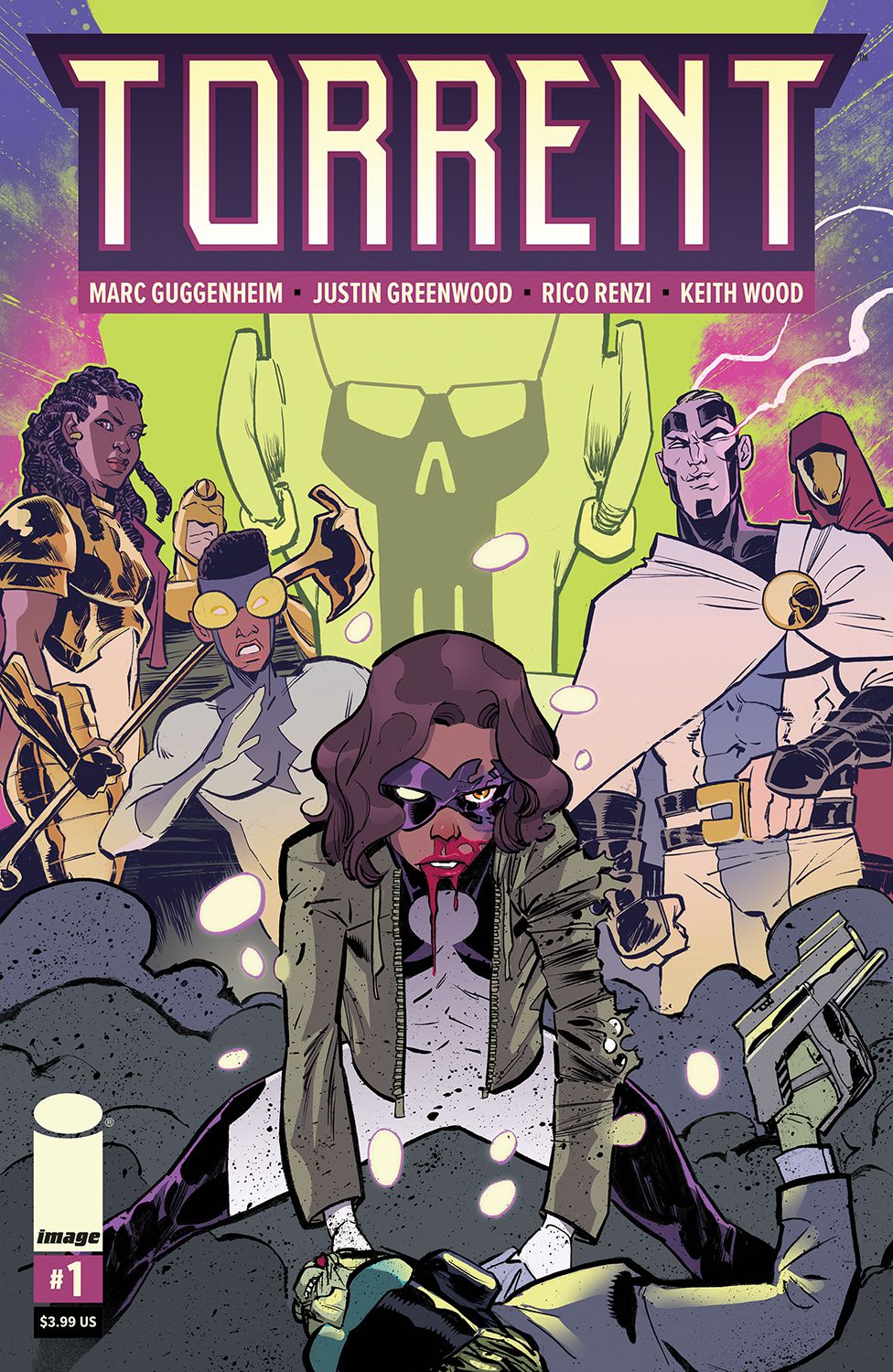 The big two don’t have the only superheroes in town. Image certainly is no stranger to the super game. Tired of all the continuity and backstory? Try Torrent, a new series kicking off a new superhero universe. This story focuses on the hero Crackerjack. At least, she’s a hero until tragedy pushes her too far. 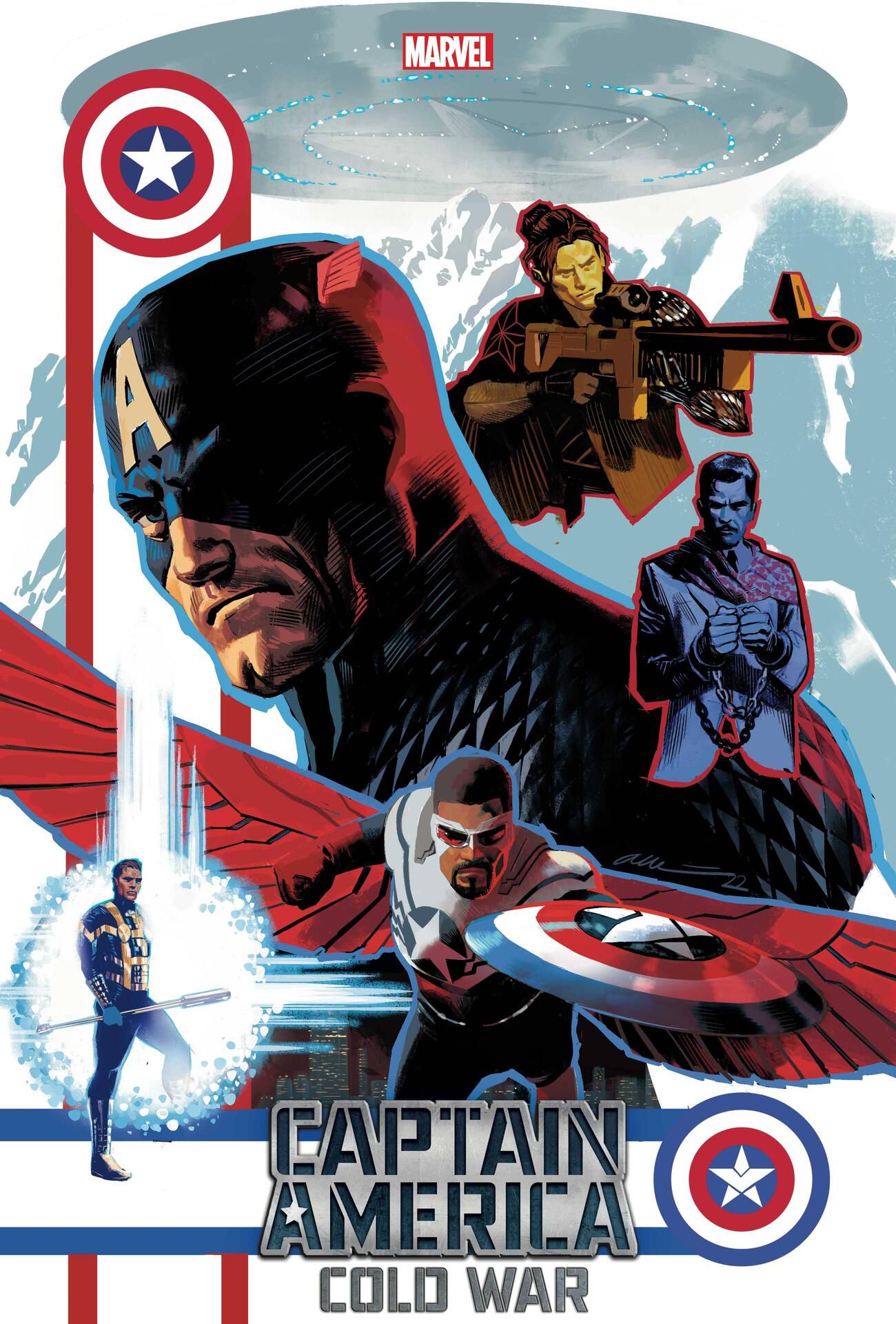 Who is your favorite Captain America? Steve Rogers or Sam Wilson? Currently, they’re both wearing the mantle of Captain America in their own, separate comics. In the spring, these two titles will collide. Wakanda, Nomad, Bucky, and the Outer Circle will all play roles in this crossover of comics coming in 2023.

DC Comics is making major renovations in 2023 in what they’re calling “Dawn of DC” once Lazarus Planet is finished. This dawn will launch 20 new titles, including this one for Hal Jordan. Hal is back on Earth, trying to find his place in the Green Lantern Corps and among Earth’s heroes. Where does he fit in now? 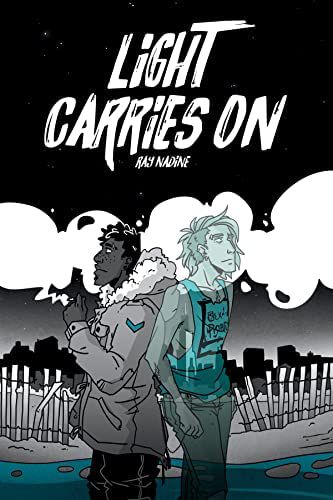 Cody is a dead, queer punk rocker who haunts Leon. Of course, Leon has no idea until he uses a borrowed antique camera and discovers a ghostly image there. Cody doesn’t know how he died, and so he enlists Leon’s help to solve the mystery. Queer icon Ray Nadine brings us a ghost story that is sure to pull no punches. One more from the “Dawn of DC” new comics. This one focuses on Conner Kent. Since Jon Kent has hit the scene, things have been harder for Conner. Where does he fit in? To find his place, he’s leaving Earth in this new series.

Somehow, Power Rangers has been on television nonstop for nearly three decades. Oh, and there are some great comics over at Boom! Studios, too. Launching on Free Comic Book Day, this new series will feature new and old faces of the Mighty Morphin’ universe to welcome in the 30th year of the franchise. 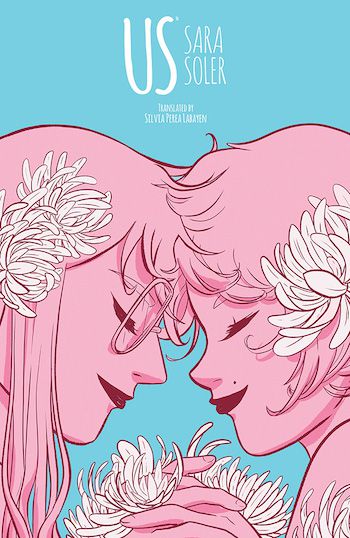 Us by Sara Soler (Dark Horse Comics, May)

This is a graphic memoir translated from Spanish that looks gorgeous and promises a beautiful tale of love in the midst of gender transition. That transition is one of the most difficult journeys someone can undertake. Can love, like the love between Sara and Diana, survive that journey? This is high on my list of comics coming in 2023.

Marvel is making big promises for summer, starting with the Children of the Atom. After years of thriving on Krakoa and beating back several world-ending events, apparently things are going to take a turn for the worse. Not much is known other than the description from Marvel: “This universe-melting X-event will introduce a horrifying timeline that makes Age of Apocalypse look like the X-Men Swimsuit Special…” Oh boy.

I said it was a big summer for Marvel, right? The X-Men aren’t the only ones having fun in the sun, though. Marvel’s catchphrase for the event is, “Sun’s out, tongues out!” Venom, Carnage, and the alien symbiote family are taking center stage. The House of Ideas is promising new titles, old faces, and new heroes and villains in symbiote form.

Everything added to your TBR? Orders placed at your local comic book shop? Good. Now, what else should I add to my TBR? What comics are you most excited for coming in 2023?