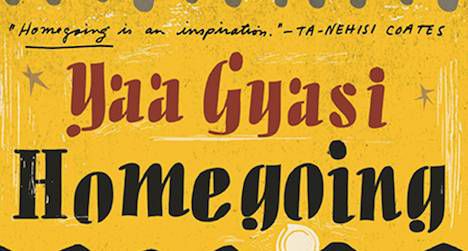 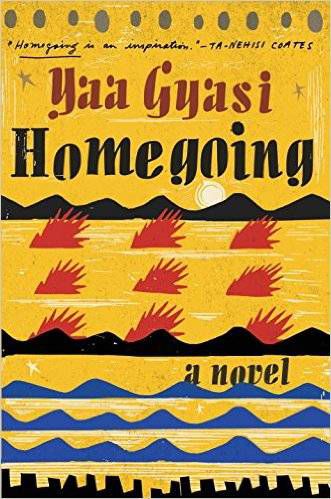 The Riot contributors can’t stop talking about Yaa Gyasi’s Homegoing—a sure sign that it deserves to be a hit. On the fence about picking it up? Check out this excerpt of the first chapter to help you decide:

The night Effia Otcher was born into the musky heat of Fanteland, a fire raged through the woods just outside her father’s compound. It moved quickly, tearing a path for days. It lived off the air; it slept in caves and hid in trees; it burned, up and through, unconcerned with what wreckage it left behind, until it reached an Asante village. There, it disappeared, becoming one with the night.

Effia’s father, Cobbe Otcher, left his first wife, Baaba, with the new baby so that he might survey the damage to his yams, that most precious crop known far and wide to sustain families. Cobbe had lost seven yams, and he felt each loss as a blow to his own family. He knew then that the memory of the fire that burned, then fled, would haunt him, his children, and his children’s children for as long as the line continued. When he came back into Baaba’s hut to find Effia, the child of the night’s fire, shrieking into the air, he looked at his wife and said, “We will never again speak of what happened today.”

The villagers began to say that the baby was born of the fire, that this was the reason Baaba had no milk. Effia was nursed by Cobbe’s second wife, who had just given birth to a son three months before. Effia would not latch on, and when she did, her sharp gums would tear at the flesh around the woman’s nipples until she became afraid to feed the baby. Because of this, Effia grew thinner, skin on small bird- like bones, with a large black hole of a mouth that expelled a hungry cry which could be heard throughout the village, even on the days Baaba did her best to smother it, covering the baby’s lips with the rough palm of her left hand.

“Love her,” Cobbe commanded, as though love were as simple an act as lifting food up from an iron plate and past one’s lips. At night, Baaba dreamed of leaving the baby in the dark forest so that the god Nyame could do with her as he pleased

Effia grew older. The summer after her third birthday, Baaba had her first son. The boy’s name was Fiifi, and he was so fat that some- times, when Baaba wasn’t looking, Effia would roll him along the ground like a ball. The first day that Baaba let Effia hold him, she accidentally dropped him. The baby bounced on his buttocks, landed on his stomach, and looked up at everyone in the room, confused as to whether or not he should cry. He decided against it, but Baaba, who had been stirring banku, lifted her stirring stick and beat Effia across her bare back. Each time the stick lifted off the girl’s body, it would leave behind hot, sticky pieces of banku that burned into her flesh. By the time Baaba had finished, Effia was covered with sores, screaming and crying. From the floor, rolling this way and that on his belly, Fiifi looked at Effia with his saucer eyes but made no noise.

Cobbe came home to find his other wives attending to Effia’s wounds and understood immediately what had happened. He and Baaba fought well into the night. Effia could hear them through the thin walls of the hut where she lay on the floor, drifting in and out of a feverish sleep. In her dream, Cobbe was a lion and Baaba was a tree. The lion plucked the tree from the ground where it stood and slammed it back down. The tree stretched its branches in protest, and the lion ripped them off, one by one. The tree, horizontal, began to cry red ants that traveled down the thin cracks between its bark. The ants pooled on the soft earth around the top of the tree trunk.

And so the cycle began. Baaba beat Effia. Cobbe beat Baaba. By the time Effia had reached age ten, she could recite a history of the scars on her body. The summer of 1764, when Baaba broke yams across her back. The spring of 1767, when Baaba bashed her left foot with a rock, breaking her big toe so that it now always pointed away from the other toes. For each scar on Effia’s body, there was a companion scar on Baaba’ s, but that didn’t stop mother from beating daughter, father from beating mother.

Matters were only made worse by Effia’s blossoming beauty. When she was twelve, her breasts arrived, two lumps that sprung from her chest, as soft as mango flesh. The men of the village knew that first blood would soon follow, and they waited for the chance to ask Baaba and Cobbe for her hand. The gifts started. One man tapped palm wine better than anyone else in the village, but another’s fishing nets were never empty. Cobbe’s family feasted off Effia’s burgeoning woman- hood. Their bellies, their hands, were never empty.

In 1775, Adwoa Aidoo became the first girl of the village to be proposed to by one of the British soldiers. She was light-skinned and sharp- tongued. In the mornings, after she had bathed, she rubbed shea but- ter all over her body, underneath her breasts and between her legs. Effia didn’t know her well, but she had seen her naked one day when Baaba sent her to carry palm oil to the girl’s hut. Her skin was slick and shiny, her hair regal.

The first time the white man came, Adwoa’s mother asked Effia’s parents to show him around the village while Adwoa prepared herself for him.

“Can I come?” Effia asked, running after her parents as they walked. She heard Baaba’s “no” in one ear and Cobbe’s “yes” in the other. Her father’s ear won, and soon Effia was standing before the first white man she had ever seen.
“He is happy to meet you,” the translator said as the white man held his hand out to Effia. She didn’t accept it. Instead, she hid behind her father’s leg and watched him.

They stopped first by Effia’s own compound. “This is where we live,” Effia told the white man, and he smiled at her dumbly, his green eyes hidden in fog. He didn’t understand. Even after his translator spoke to him, he didn’t understand. Cobbe held Effia’s hand as he and Baaba led the white man through the compound. “Here, in this village,” Cobbe said, “each wife has her own hut. This is the hut she shares with her children. When it is her husband’s night to be with her, he goes to her in her hut.”

The white man’s eyes grew clearer as the translation was given, and suddenly Effia realized that he was seeing through new eyes. The mud of her hut’s walls, the straw of the roof, he could finally see them.

They continued on through the village, showing the white man the town square, the small fishing boats formed from hollowed-out tree trunks that the men carried with 5 them when they walked the few miles down to the coast. Effia forced herself to see things through new eyes, too. She smelled the sea-salt wind as it touched the hairs in her nose, felt the bark of a palm tree as sharp as a scratch, saw the deep, deep red of the clay that was all around them.

“Baaba,” Effia asked once the men had walked farther ahead of them, “why will Adwoa marry this man?”

“Because her mother says so.”

A few weeks later, the white man came back to pay respects to Adwoa’s mother, and Effia and all of the other villagers gathered around to see what he would offer. There was the bride price of fifteen pounds. There were goods he’d brought with him from the Castle, carried on the backs of Asantes. Cobbe made Effia stand behind him as they watched the servants come in with fabric, millet, gold, and iron.

When they walked back to their compound, Cobbe pulled Effia aside, letting his wives and other children walk in front of them.
“Do you understand what just happened?” he asked her. In the distance, Baaba slipped her hand into Fiifi’s. Effia’s brother had just turned eleven, but he could already climb up the trunk of a palm tree using nothing but his bare hands and feet for support.

“The white man came to take Adwoa away,” Effia said.

Her father nodded. “The white men live in the Cape Coast Castle. There, they trade goods with our people.”

Her father put his hand on her shoulder and kissed the top of her forehead, but when he pulled away the look in his eyes was troubled and distant.

“Yes, we get iron and millet, but we must give them things in return. That man came from Cape Coast to marry Adwoa, and there will be more like him who will come and take our daughters away. But you, my own, I have bigger plans for you than to live as a white man’s wife. You will marry a man of our village.”

Excerpted from HOMEGOING by Yaa Gyasi. Copyright © 2016 by Yaa Gyasi. Excerpted by permission of Knopf, a division of Penguin Random House LLC. All rights reserved. No part of this excerpt may be reproduced or reprinted without permission in writing from the publisher.