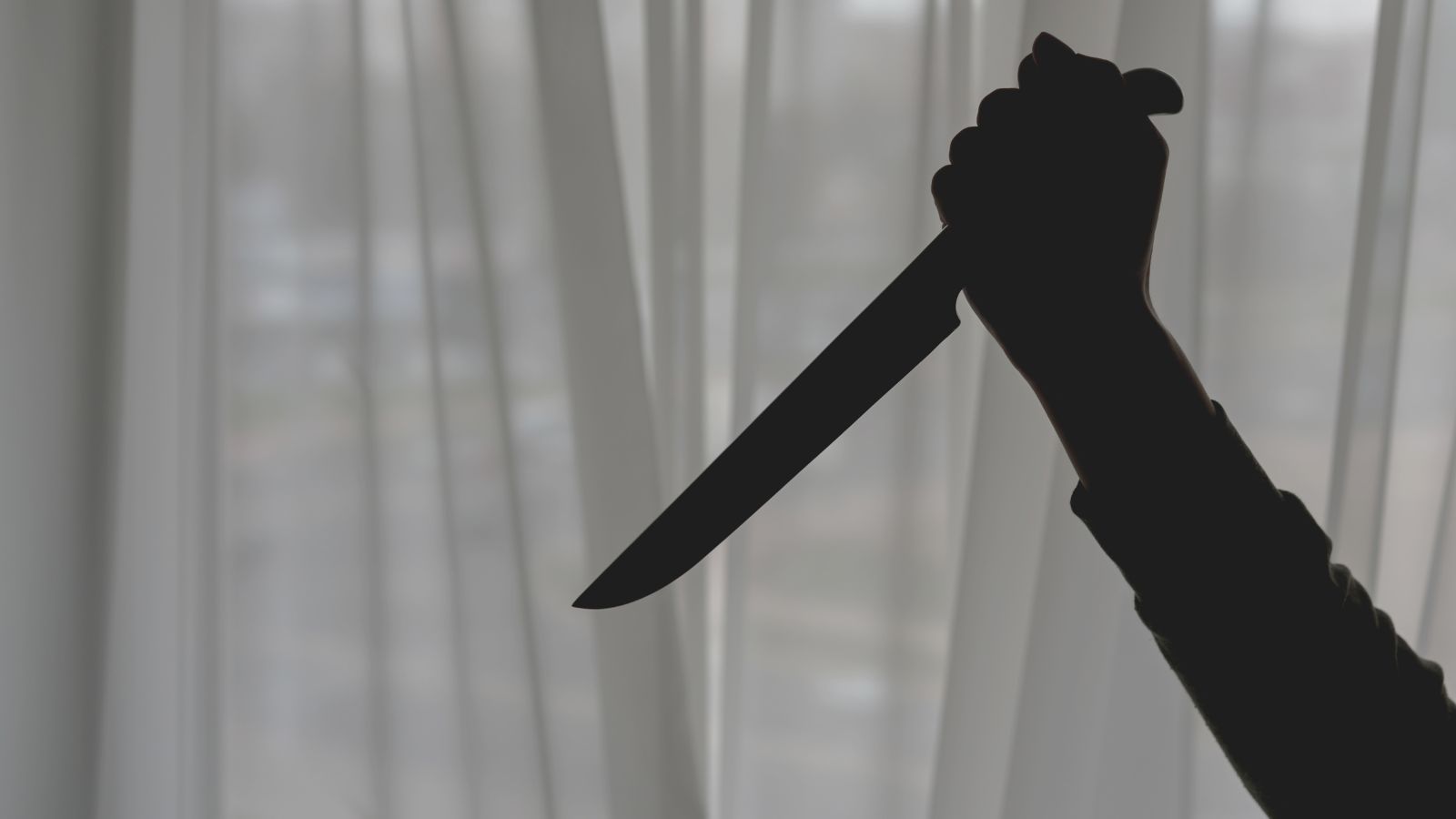 Here is what’s supposed to happen: now that I’ve identified my mark, I spend a day following him, learning who he is so that I’ll know how to play the part. I’ll meet him in some spontaneous, unexpected way. Smile shyly, wrap my hair around my finger. I’ll make him love me, whether this takes days or weeks, until he’s helpless in my palm. And then I’ll kill him.

I’ve never dealt the killing blow, but I’m the reason we never get caught. I know how to hide a body until it’s safe to dispose of it. The number one mistake is trying to make sure the body disappears entirely. People set fires or submerge their victims in acid, bleach every inch of the crime scene and throw their rubber gloves in a dumpster five miles away, thinking this makes them clever. But bones don’t burn, acid isn’t the eraser you’d think it is—besides which, it’s impossible to handle—and rubber gloves are a suspicious purchase to make right when your spouse goes missing.

The body is going to be found. That’s almost inevitable. Make your peace with this, and plan for where you’ll be when that happens. Hot weather accelerates decomposition; wildlife eats at the flesh and scatters the bones.

People have families who look for them, and small towns like Rainwood, Arizona, don’t see a lot of people disappear, so while the police may not have the resources, they’ll have the time. The key is to make sure the body has no ties to you and that you’re gone when it emerges. It’s as simple as that.

Right now, I should be following my mark. Getting to know his habits, making sure there isn’t a girlfriend or a wife or a nettling mother.

Please don’t let there be a woman in his life. This would mean I have to pick someone else. Someone who won’t get wary of me. A daughter or a niece would be worse. Little girls are more insightful than the most hardened detectives, and they’re too young yet to be anything but honest.

Instead of learning about my mark, I’m here, on a roped-off trail of the Skyline Hiking Hill, because Moody couldn’t just let me handle things. This trail is less popular than some of the ones on surrounding desert mountains. Not as scenic, and with paths too narrow and rocky for runners. The Serpent’s Trail is closed off because a twelve-year-old boy fell to his death three months ago. And judging by the physique of the man Moody clubbed with that tire iron, nobody will come looking for him on any hiking trails.

As it is, Moody and I worked up a sweat carrying him up the narrow channel in the pitch black. We had to wait until nightfall, leaving him in the trunk as we drove for hours. I had hoped the heat would do the job of killing him so we wouldn’t have to; it’s a wonder he survived, and a shame for him. Moody walked with a flashlight pinned between her lips, the only thing saving us from stepping into the abyss.

Now Moody is gone and I wait for her to come back. Just the man and me. I didn’t want to, but I had to hit him with the tire iron when he started moaning. “It’s better if you’re not conscious,” I’d said by way of apology.

I don’t have the flashlight. Moody took it for her descent. Things are chirping in the wilderness. An owl coos gently and flutters skyward. The man is still breathing, and I can just see his white wifebeater rising and falling in the frail moonlight. I gnaw my lip, bearing down so hard I taste copper. I’m trying to resist letting my imagination paint another picture, the way I do when I stare at strangers for too long. It will do no good to think about who he is, because whatever that might be, he won’t be it for much longer.

Instead, I think of my mark. Right now he’s home, I tell myself. He’s got a condo, I imagine, with cream-colored walls because he doesn’t have anyone in his life to teach him about color schemes. I can see more hues. I look at a plain wall and see what sorts of shades would depict which sorts of moods. He’s still blank, probably little more than a recliner and a large-screen TV. It’s a Saturday night, and he’s home. In his shower, standing in the roils of steam, alone.

He doesn’t even lock his door, unconcerned as he is. If I knew where he lived, I could walk right in. Tiptoe across the living room floor, follow the sound of the water down the hallway until I find the room that radiates the warmth of the steam. Pull back the curtain with a whoosh and a clatter of the plastic shower rings, and see him. Rivers going down the hills of his muscles. Hair rumpled and wet. All of him.

His eyes would go wide with shock, but I wouldn’t hurt him. No garrote, no knife. Not this time. Not yet. Nothing but me.

The crunch of pebbles under someone’s shoes shocks me back to the present. “Sissy?” someone whispers.

You just read an excerpt from How I’ll Kill You, a thriller by Ren DeStefano hitting shelves in March 2023. It’s described as You Meets My Lovely Wife, which might already have your interest piqued; it’s also been compared to the dark comedy Bad Sisters, and that is something you’re going to want to read.

About How I’ll Kill You: Sissy has an…interesting family. Always the careful one, always the cautious one, she has handled the cleanup while her serial killer sisters have carved a path of carnage across the U.S. Now, as they arrive in the Arizona heat, Sissy must step up and embrace the family pastime of making a man fall in love and then murdering him. Her first target? A young widower named Edison — and their mutual attraction is instant. While their relationship progresses, and most couples would be thinking about picking out china patterns and moving in together, Sissy’s family is reminding her to think about picking out burial sites and moving on.

Then something happens that Sissy never anticipated: She begins to feel protective of Edison, and before she can help it, she’s fallen in love. But the clock is ticking, and her sisters are growing restless. It becomes clear that the gravesite she chooses will hide a body no matter what happens; but if she betrays her family, will it be hers? 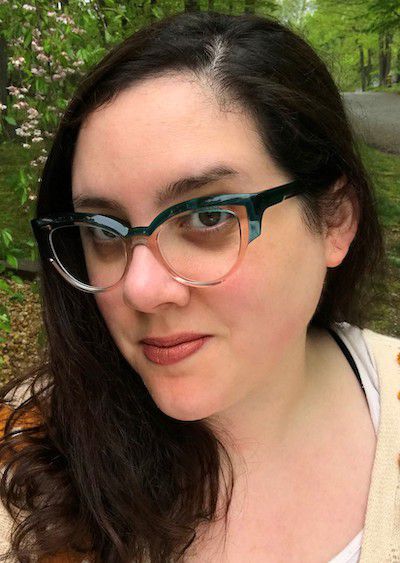 A Word from the Author

Writing is an unpredictable job, especially the outcome. Will anyone want to read this? Will this character’s quirks make sense to readers? And a lot of times, the answer to those questions is no, they won’t. I’ve lost count of how many books now sit in a trunk under my bed, never to be opened, as I searched for THE book. The one I woke up in the morning eager to work on.

So, when Sissy showed up, I somehow knew that she was special. She told me the truth right away: That she’s a serial-killer-in-training, that her sisters are…well…a bit pushy when it comes to her initiation into their little murder club, and that she’s having an unorthodox crisis of conscience.

Most of us don’t want to kill our boyfriends (I assume), but I hope readers will find a confidant and a friend in Sissy. She’s a hopeless romantic, loyal to a fault, and willing to do anything for those she loves.

She would be thrilled (pun intended) to know that she’s about to make so many new friends in this book’s readers. She wants the same things most of us want — love, acceptance, a home and a sense of self. She’s just more willing than most of us to kill for it.