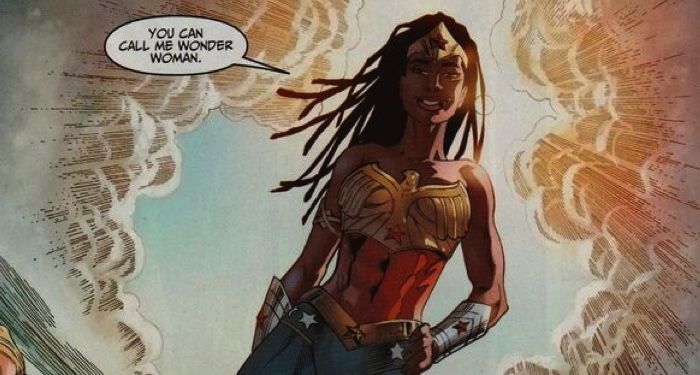 The 1970s were an interesting time for Black superheroes. DC Comics had Black Lightning, Bumblebee, and of course Nubia. With Blaxploitation carving a genre for itself within Hollywood, there was a fascination with creating characters that looked similar to characters from Shaft and Cleopatra Jones. You can see the evidence in the creation of characters like Luke Cage, which heavily leans into ’70s slang and mannerisms.

Nubia is technically the first Black woman superhero from DC Comics. Some will argue that it’s Bumblebee, despite her coming a few years later. However, Nubia has just been waiting for someone to write her and fans like myself have been waiting too. So if you are excited about Nubia, catch up on a little history here and start making room for everything Nubia on your comic shelf.

When Nubia was first introduced in 1973, readers didn’t know that she was Black. In her debut in Wonder Woman: Introducing Nubia, what she was decked in covered her entire body. The only thing we saw before her identity was revealed was her long dark hair. During a battle with Diana (Wonder Woman) she removed her helmet and revealed she was also Wonder Woman. However, Nubia at the time lived and ruled on an island full of men instead of women. She donned a streak of white hair (similar to another Black female superhero) and she initially was a foe to Diana.

When the hit TV show Wonder Woman was on air starring Lynda Carter, there was talk about adding Nubia to the series. Actress Teresa Graves, who was the first Black actress to have her own drama TV show, was under consideration to play the rule of Nubia. According to Entertainment Health, it came to a halt when the show moved to CBS. Since then, Nubia has been featured in a handful of comics throughout the years.

Nubia has been severely underutilized up until now. In 2017, artist and illustrator, Marcus Williams went viral for his Wonder Woman art. He drew both Nubia and Diana standing back to back. Ever since then, more people have been curious about Nubia.

Even though Nubia hasn’t been in a lot of comics, her backstory was changed throughout the years. Throughout the ’70s and ’80s, Nubia only appeared in a handful of comics. She was used as a formidable fighter against Diana. However, during the mid-80s, Nubia changed. She went from being the Black sister made from clay to being her own Wonder Woman of Earth and the Amazons. She even teamed up with Calvin Ellis who is the president and also Black Superman. Even though she started off as a foe to Diana, she eventually became an ally.

Why Nubia’s Time Is Now

Since her debut, Nubia hasn’t been used much in the comics. Her comic lore has mostly had her as a side character, but all of that is changing thanks to a few Black women writers. Earlier this year, the Nubia: Real One graphic novel by L.L. McKinney and Robyn Smith gave fans a solid, YA introduction of Nubia as a teen. Recently, Stephanie Williams, creator of the indie comic Living Heroes, announced on Twitter that she will be working with Vita Ayala (Static) and Alitha Martinez ( Batgirl) on a new Nubia comics series.

I for one am thrilled that Black marginalized creatives are now given the opportunity to write and shape the story of Nubia. To me, that is important because it brings authenticity to the character. It’s hard not to geek out over Black women writing cannon stories for Black women superheroes!

Where to Start With Nubia Comics 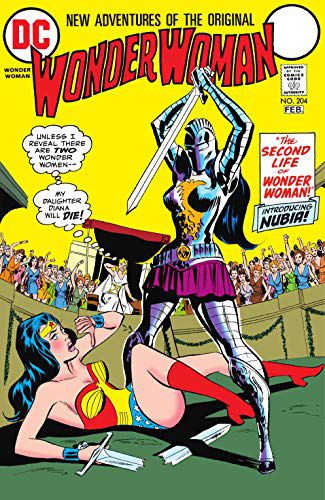 This is the first issue of Nubia, from February 1973. If you can afford the $600 price tag you can be the owner of this collectible. Read as Nubia puts pressure on Diana in a battle as she makes it known she is Wonder Woman, too. 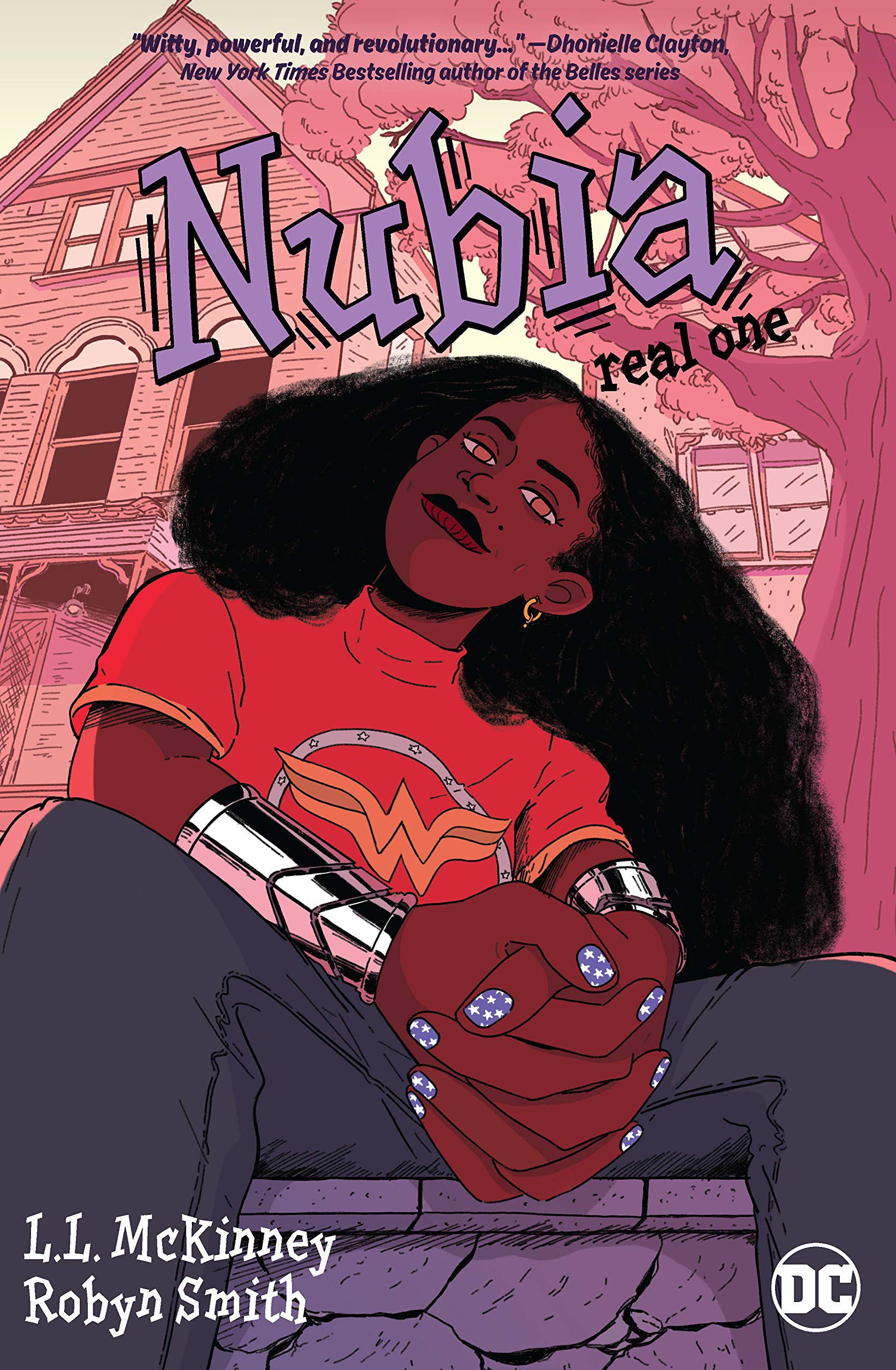 Nubia: Real One By L.L. McKinney and Robyn Smith

This YA graphic novel is a must-have for anyone who is curious about Nubia. Nubia wants to be a normal teen but she knows that is not always possible. She lives in a world where her friends are in constant danger from bullies and the police. Nubia wants to help everyone she cares about but she can’t let people know of her powers. A little advice from her sister Diana goes a long way and she embraces her power and the responsibilities that go with it. 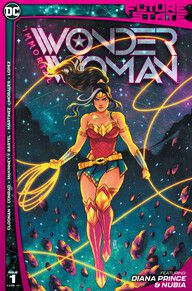 L.L. McKinney also wrote a Nubia story in Future State. Nubia is on Earth in the future and she’s looking for Darkseid’s daughter, Grail. After finding her in Atlanta at a museum, they battle. In battle, Nubia uses the Lasso Of Truth and proclaims she is Wonder Woman. Nubia then touches one of the artifacts by accident and suddenly has supernatural-type visions. She finds out from her aunt that the artifact in question was made by the Amazons. 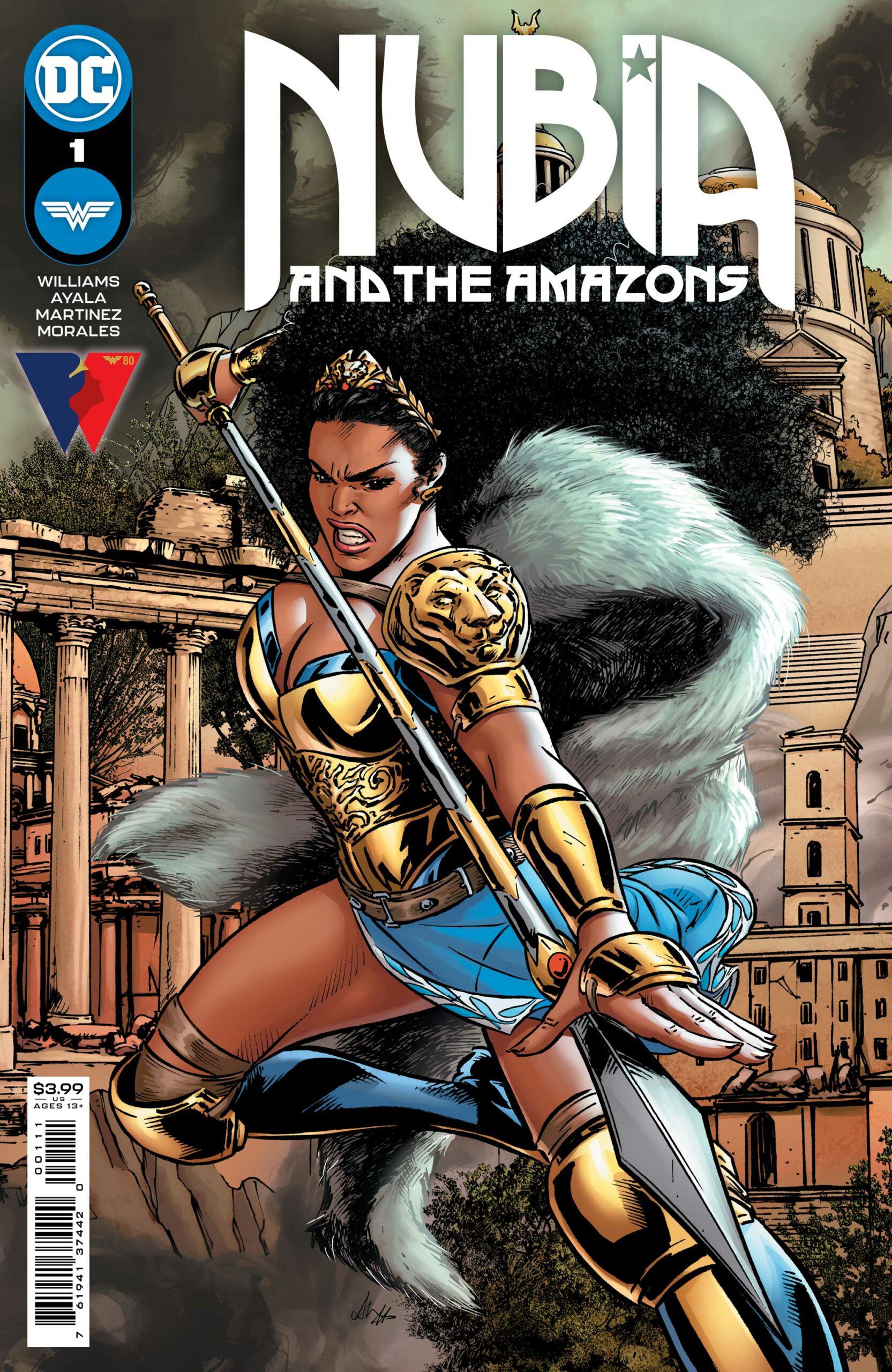 Nubia And The Amazons By Stephanie Williams, Vita Ayala, and Alitha Martinez (October 5, 2021)

Even though this comic isn’t out yet, there is a lot of buzz around it. Trust me when I say this is going to be the run that everyone talks about this fall. You can preorder from your local comic book shop now. Finally, we get a story of Nubia in all her glory ruling the Amazons!