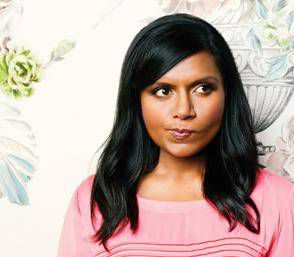 Last month Amy Poehler announced she would be writing a memoir (which prompted a thousand angels to get their wings) and I wrote about everything I hope is going to be in that book.

Now Mindy Kaling, of The-Office-2-Million-Twitter-Followers-and-Her-Own-Show-On-Fox fame has announced she’s writing a follow-up book to her 2012 memoir Is Everyone Hanging Out Without Me (and Other Concerns). She reveals the book will talk about “the high highs and the low lows of the past eighteen months.”

The loss of her mother coinciding with the year her memoir becomes a best-seller and the television show she created/stars in goes to series- I have to imagine this is what she’s talking about when she talks about “high highs and low lows.” The little she’s said about family life falling apart just as her professional life kicked into sky-high gear has been so affecting and human, and I hope she explores the layers and complications of this subject deeply and fully in her book.

More Miss Manners, please- I really love when Kaling gets her manners pants on. I think she can skew overly judgmental in her assessment of modern human behavior. That said, girl can really nail a piece of advice: “Don’t ask if you can help in the kitchen or a party, just start helping. The same goes with dishes.” Golden.

Behind the scenes of The Mindy Project- The ratings have been tough, the reviews, to quote Kaling, have ranged from “high highs” to “low lows,” there’s been a ton of shake-up in casting and tone, and the show just got re-upped, which means everyone gets (at least) one more season to change the paradigm. I want to know ALL about what went on behind the scenes creatively, what was intended, what wasn’t, what she considers the successes and failures of the show, what will change and what will remain the same, all the juicy juice. While we’re on the subject…

Why was the first season writing staff all white guys except for that one white girl?-Most television writers’ rooms are heavily white and male. No showrunner should be comfortable staffing in this manner. Being one of the only women of color on TV to create OR star in a show (and I think the only woman of color right now wearing both hats), Kaling, I think, owes us an explanation re: why this tweeted picture of her writing staff looks the way it does.

I need more help getting to the gym, more “Revenge Fantasies While Jogging,” please- This is Kaling at her best, dealing with the challenges of modern life with humor, heart, and imagination.

No more lists where you suck up to other comedians- In the last book, Kaling listed her comedic heroes, and while I’m sure she had only the best of intentions, the resulting piece came across as kind of sucking up. I feel bad saying this, especially if she was just trying to give props to her idols, but I have to be honest, this piece skewed obsequious to me. I would love to see a list where she gave props to the various Office writers she worked with over the years the way Tina Fey gave props to her first season 30 Rock staff (complete with her favorite joke written by each writer).

Who else read Kaling’s last memoir? What are you hoping for in the new book?