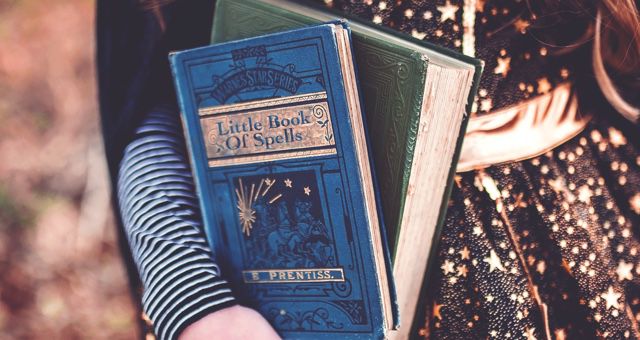 Award-winning SFF author Fonda Lee recently tweeted about a ‘linguistic dilemma’ many fantasy writers face when the setting of their novel takes place in a secondary world unlike our own, right down to the language that is spoken.

Her question was this: can you refer to something as a manila envelope if it exists in a secondary world where there is no such place as Manila? I don’t think there’s a definite answer to this question, and the responses to her tweet brought up similar issues with Champagne, French braids, and German Shepherds.

The Use Of Idioms In Fantasy Worlds

English is also full of idioms, which are expressions, words or phrases with figurative meanings that can only be understood by native speakers of the language. This is because they are able to decode the meaning by mapping expressions to culturally specific domains.

As a lover of both language and literature, I can’t help but question the use of culturally-specific idiomatic expressions in secondary world fantasy novels. If English isn’t the spoken language, and the culture is entirely removed from Western influences, would it make sense to use any of the following idioms in fantasy worlds?

There are so many idiomatic expressions in the English language that are derived from the domain of transport, and we’re lucky enough to have so many options available when it comes to travel. Fictional worlds, however, hardly encompass all these modes of transport. Whilst sailing is fairly common – giving rise to a number of idioms like ‘in the same boat’, ‘learning the ropes’, and ‘showing your true colours’ – I’ve rarely read about trains or buses in fantasy worlds. If these modes of transport just don’t exist, it wouldn’t make sense to use idioms like ‘train of thought’, ‘end of the line’ and ‘throw under the bus’. Or would it?

The etymology of many idiomatic expressions in the English language is still relatively unclear. We know ‘showing your true colours’ originates from a time in history when battle ships had to display the colours of their country’s flag during war. Some would trick their opponents by displaying a flag of allyship and then show the true colours of their flag when they were close enough to attack.

‘Train of thought’, on the other hand, has nothing to do with trains. The term originates from as early as 1651 and simply refers to the succession of one thought to another. As a writer, it would be perfectly acceptable to use this expression without having to introduce trains into your narrative.

Unlike transport, which can be culturally specific, animals are relatively universal across cultures. But we really do need to address the elephant in the room here. Where are all the animals in fantasy worlds? And if they don’t exist, can I still describe my broody love interest as a ‘dark horse’ or ‘a wolf in sheep’s clothing’?

Whilst ‘a wolf in sheep’s clothing’ dates all the way back to the book of Matthew in the Bible, ‘dark horse’ originates from a long history of horse racing, which is the second biggest spectator sport in Britain today. Therefore, it doesn’t really have a place in your fantasy world unless there are horses and gambling involved.

And I’ll let the cat out of the bag here. It’s still unclear whether the ‘elephant in the room’ refers to an actual elephant. One possible origin is Ivan Krylov’s tale of The Inquisitive Man wherein a man visits a museum and notices all the tiny objects but not the elephant. Regardless, the easiest way to tackle this dilemma when writing fantasy is to actually include animals in your secondary worlds so you can have all your characters running around like headless chickens.

Without knowing it, many everyday idioms in the English language are actually derived from famous literary works, from Shakespeare to Joseph Heller’s Catch-22. In particular, idioms such as ‘mad as a hatter’, ‘down the rabbit hole’ and ‘through the looking glass’ instantly conjure up images of Lewis Carroll’s Alice’s Adventures In Wonderland. This, of course, raises the question of whether these culturally specific idiomatic expressions are acceptable to use in fantasy worlds when the literary works themselves are non-existent.

There is evidence to suggest ‘break the ice’ was first used by Shakespeare in The Taming Of The Shrew and was later popularised by ice-breaker ships. These were designed to break through the icy waters surrounding the North and South poles in order to sail without difficulty. Alternatively, although we commonly associate ‘mad as a hatter’ with Carroll’s novel, it appears that the expression precedes the book and dates back to a time when mercury, used in the manufacture of hats, was thought to drive hatters crazy.

A ‘Catch-22’ situation, however, originates from the title of Joseph Heller’s novel and requires our knowledge of how the expression is used within the narrative to understand what it means in everyday conversation. It refers to a paradoxical problem like when you can’t get a job because you have no experience but you have no experience because you can’t get a job. Or, like when you want to describe a manila envelope in your fantasy novel but you can’t say manila envelope because there’s no such place as Manila.

As Fonda Lee notes in her thread, the best way to overcome the problem is to view yourself as the translator of the story rather than the author. Even though the novel is written in English, “you, the author, are translating the story from whatever language it was written in.”

This, in my opinion, means it’s perfectly fine to use everyday idioms in fantasy worlds, since it’s the closest translation of how the situation would be expressed in the fictional language. And, as the author, you want to make the reader’s experience as effortless as possible, so it doesn’t hurt to write what they already know.

Meaning doesn’t always have to get lost in translation; sometimes it can be added, too.