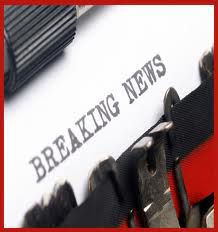 This is a guest post from Kevin Nguyen. He is a founding editor at The Bygone Bureau and an editor at Amazon Books. Follow him on Twitter @knguyen.

I would like to tell you about Jim Patterson-Sparks’s self-published ebook masterpiece, TIME IS OF THE ESSENCE, a thrilling thriller about a man who discovers a government conspiracy that may go *all the way to the top*. Fans of *Gone Girl*, *The Girl with the Dragon Tattoo*, *Freedom*, *Harry Potter*, and the bible will find so much to love in this gripping mystery. Simply put, TIME IS OF THE ESSENCE is simply unputdownable!

TIME IS OF THE ESSENCE features a compelling new hero, CIA agent Trent Jackson, who must stop a terrorist plot from destroying the entire planet. Using a time machine he built at wizard school, Jackson must go back to the 1930s to stop Zombie Hitler from killing President Lincoln. Along the way, Jackson meets the tough but sexy KGB operative Lucinda Williams, who is not just his intellectual equal but also has a great rack. Together, they team up to plan a heist to steal all of Zombie Hitler’s gold because now he has a bank full of gold.

Will they make a clean escape with the gold? Can Jackson stop Lincoln’s assassination in time? Who is taking care of Jackson’s autistic son (also he has an autistic son)? You’ll have to read all 46 pages of TIME IS OF THE ESSENCE to find out.

If you are interested in reviewing TIME IS OF THE ESSENCE for your internet blog or writing multiple blogs about this book, we would be more than happy to send you an advanced reading copy. We also encourage Facebook posts and Twitter tweets and blog blogs.