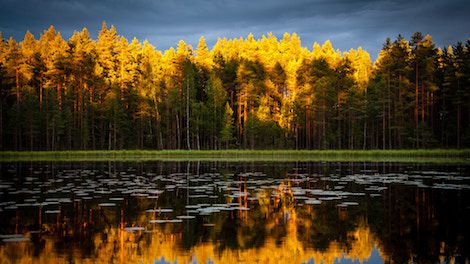 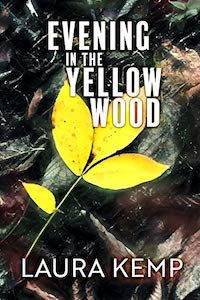 Laura Kemp’s debut novel, Evening in the Yellow Wood, is what happens when a mystery sticks comedy in its hair like flowers, frolics through a field of romance, and goes tumbling headlong down a magical hole. The result is a satisfying read that falls somewhere between a Cozy Mystery and a Sci Fi/Fantasy Romance. If you’ve ever longed for Outlander to be modernized. Or if your peanut butter and chocolate consists of Twin Peaks and Heart of Dixie. Meaning, of course, you want a little more mystery in your fish-out-of-water romance, or more romance in your weird ass mystery. Then the indie lit algorithm has once again produced the book for you. A new niche in the New Adult lit genre.

Evening in the Yellow Wood is the first-person tale of Justine Cook, who leaves her southern Michigan town for a mysterious little burg of Lantern Creek. Ten years prior, Justine’s father abandoned the Cook family on the eve of Justine’s twelfth birthday. And when an adult Justine sees a photo of her dad in the Lantern Creek newspaper, a decade of unanswered questions compels her to seek out her father, along with a whole new set of questions.

Once in Lantern Creek, a local girl bearing a striking resemblance to Justine winds up murdered and dumped near the woods. With the help of the dreamboat sheriff’s deputy, Justine’s search for her father begins to overlap with the hunt for a killer. Once neck deep in those yellow woods, Justine finds an autistic brother she never knew of, an immortal enemy bent on destroying her family, and supernatural powers passed down by a father who, as it turns out, was a little more than simply eccentric.

What Kemp has touched on appears to be beginnings of a series to fill a niche in the New Adult market. While many New Adult romances tend to lean toward the Sci Fi side of the Sci Fi/Fantasy marriage, Evening in the Yellow Wood gives the reader more Mystery, more Fantasy. The Mystery genre is alive and well in both the Young Adult and Adult markets. But within New Adult, there isn’t that big of a bridge provided for readers. Kemp is working to right that wrong. She hints at enough romance for her twenty-two-year-old protagonist and folds in some supernatural elements to check off the typical New Adult boxes. But what is different here is an honest-to-god mystery.

Kemp’s writing sets a stage for a “through the rabbit hole” tale that is a touch more Crouch’s Wayward Pines Trilogy than it is Carroll’s Through the Looking Glass. Her description of protagonist Justine Cook walking in the titular Yellow Woods evokes both the book’s romantic overtones as well as its gothic undertones: 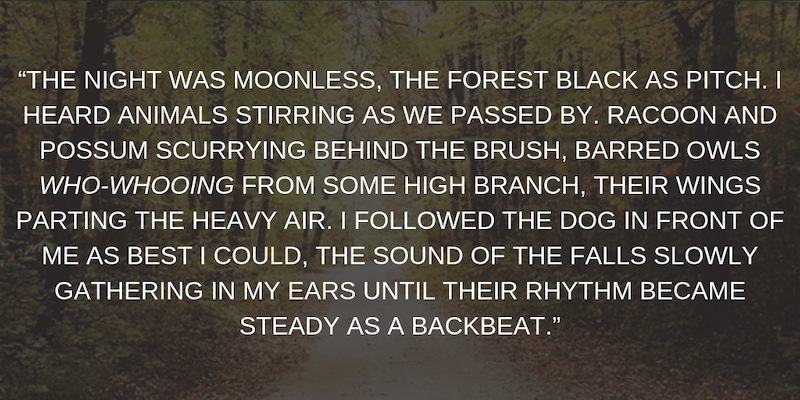 Look, indie finds are few and far between. And that is an admission from one of indie lit’s biggest advocates. But there are a couple of things we can always count on indie lit to provide readers. First of all, as I have written multiple times before, indie lit is providing a platform for diverse writers and women writers at an impressive rate.

But secondly, indie lit is wonderful at filling in the cracks in a genre. For many of us, as readers, we can occasionally feel a little adrift between genres. We find ourselves wishing to design a book in the same way we put together a cup in the gelato place. No one is going to judge you if you want Gummy Bears in your chocolate chip gelato (except if I have to watch you eat it, in which case I will judge the hell out of you). Indie lit is here for your weird and wonderful tastes. And with Evening in the Yellow Wood, Laura Kemp has given you a New Adult Romantic Fantasy Mystery. And we are so here for it.