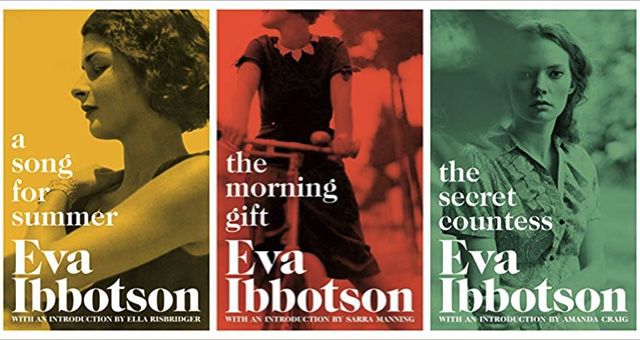 “Book Cover Glow Ups [noun]: bʊk ˈkʌvə gləʊ ʌps. 1. The phenomenon of book covers transforming from the run of the mill to the absolutely fabulous.”

We’ve all witnessed literary glow-ups in our lifetime. If you experienced the ’90s, I’m going to guess you’ll have seen quite a lot. This isn’t to single out the ’90s, because every decade has had its problematic design moments, but rather to say that we’ve come a long way when it comes to book cover design…

Some authors, however, seemed like they might be forgotten from that journey. We love Eva Ibbotson here on Book Riot (here’s an excellent Reading Pathway) but her book covers have never been great. Basically, she’s suffered. Her work is so vivid and lovely and distinct that nobody’s ever quite seemed to know what to do with it.

I have a lot of sympathy for that. Eva Ibbotson is magical and any author that’s been around for a while has suffered when it comes to book covers (as this look at Anne of Green Gables covers shows). Ibbotson’s covers have ranged from girls staring mournfully into the distance through to the ‘let’s throw a few daubs of colour at the cover and hope for the best’ approach. Neither of these remotely capture the evocative richness of her work, and so Ibbotson has remained in cover purgatory.

But then I saw these reprints and reader, I don’t think I’ve stopped shrieking with joy since. Aren’t they fabulous? This is the very definition of a glow up: stylish, contemporary and good.  No longer will the Ibbotson reader have to pick between rubbish and slightly less rubbish covers. These are perfect.

Eva Ibbotson has deserved brilliant covers for a very long time, and now, at last, she’s got them.  Literary glow up achieved. It’s about damn time. 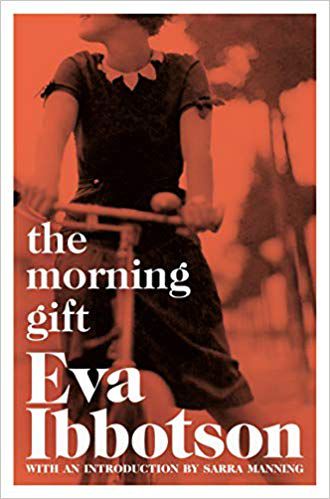 The Morning Gift by Eva Ibbotson

Eva Ibbotson’s background influenced a lot of her work. Her family left Austria because of the rise of Nazism and came to live in Britain. She spent her childhood at a progressive boarding school named Dartington Hall before growing up to write rich, vivid, and wonderful novels. There’s romance, there’s eccentric side characters, and there’s a relationship that starts as convenience but turns into something more.  The Morning Gift has all that, plus a heartbreaking backdrop of the Second World War. It’s perfect. 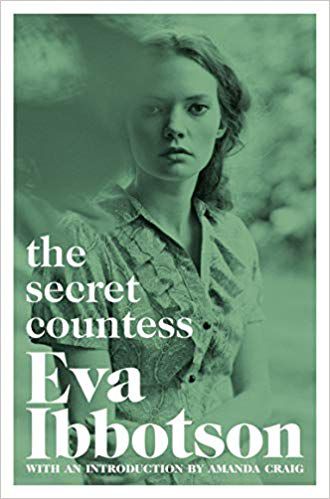 The Secret Countess by Eva Ibbotson

Look at that cover! Honestly, I actually think this is my favourite of the redesigns – and I think it might be on my favourite book. As with much of Eva Ibbotson’s work, it’s set against a backdrop of upheaval but focuses squarely on the personal. Romance. Love. People trying to exist in strange, strange times. Anna was once a countess but now works as a housemaid in England, trying to help her family survive. And everything’s going great until the Earl himself comes back from the war… 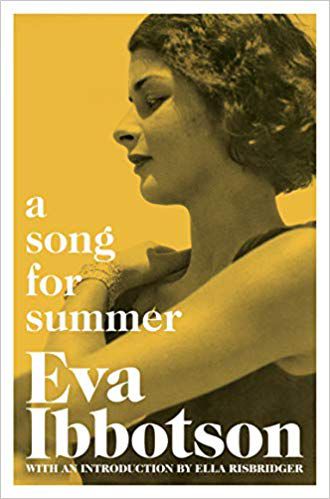 A Song For Summer by Eva Ibbotson

If Eva Ibbotson could do anything, she could do strong and independently minded young women. Girls in an Ibbotson book know their mind. They know what they’re going to be and they know how to hold onto it. A Song For Summer sees Ellen abandon London to work at an experimental school in Austria. The setting is eccentric, rich, and beautifully drawn, and the characters full of individual joy. But the impact of the Second World War isn’t far away, and there are secrets at this school that could prove dangerous if found out…