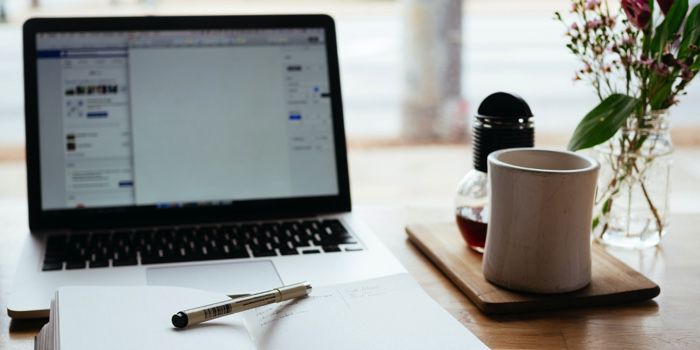 I have always been the person people tell their stories to — my joke is that I make good “understanding eyes.” I have heard many confessions from people who probably should have known better than to confess to someone who carries around a little notebook. With so many people’s stories running around in my head, it is really no surprise that I turned to memoir. One would think that the only rule about writing nonfiction is that it isn’t fiction, but memoir isn’t necessarily about the literal truth as much as it is about the emotional truth of one’s journey. How much of our own stories really belong to us? There are some parts of my past that would make for great storytelling, but all of our stories overlap with others, people who might not want their stories told.

I was once in the room when a friend received a life-altering phone call. I was holding her hand (she would want me to add that I looked super uncomfortable with all of the feelings happening because I am really not that friend). I feel all right saying this much because I have a few friends and I have been in many rooms — but that’s not my story, even though it intersected with mine and fit well into the plot of something I was writing at the time. To bring things into closer perspective, how much of my mother’s story is mine, too? What is off limits? What if it’s from before I was born? Do the choices she made that led to my birth belong to me too? My mother has been dead for almost a decade, but what about everyone else who loved her? How much of a claim do they have?

What, or whom, I stand to lose if I tell this story?

“I’m not a doctor, but I play one on TV.” —Chris Robinson

I am very obviously not a lawyer and you should not take my legal advice or the advice of anyone else on the internet. If you have real concerns about a manuscript, you can take the step of calling a commercial lawyer for a referral. Also, while fact-checking most works of nonfiction is seen as prohibitively expensive, most big publishers do have in-house lawyers to guard against libel and copyright violations. In the MFA program I graduated from, we were told once or twice that libel was something for your publisher to worry about. I never liked that answer because I am constitutionally incapable of outsourcing my worries.

Now that we’ve gotten that out of the way, the principal things you have to worry about as a memoirist are defamation, invasion of privacy, the right of publicity, and fraud.

Invasion of privacy is unjustifiably intruding upon another’s right to privacy by appropriating their name or likeness that a reasonable person would find objectionable and in which there is no legitimate public interest, or by publishing information that unreasonably places him or her in a false light. Obviously this can be complicated when we think about including known public figures in our work, but generally they fall under “legitimate public interest.”

Per the International Trademark Association, “The right of publicity is an intellectual property right that protects against the misappropriation of a person’s name, likeness, or other indicia of personal identity — such as nickname, pseudonym, voice, signature, likeness, or photograph — for commercial benefit.” This is why, for example, you can’t fake a blurb from Barack Obama for your book.

Fraud is interesting because obviously the expectation in a memoir is that you’re going to tell the truth on some level, though I’m sure we can all name a few “memoirs” that turned out to be fabricated. Also, it is impossible to expect that someone is going to accurately, word-for-word remember conversations years and decades later, so some reconstruction of events is to be expected.

Even among the people who are paid to worry about these things, it seems to be widely agreed that you should write your story as you want to write it — name names, tell the truth — and once you’ve gotten it on paper, then maybe have that discussion with yourself (and potentially with a lawyer if you’re really nervous). Some professional organizations, including The Authors Guild and the National Writers Union, offer free and low-cost legal assistance for members.

What Have Other Authors Done?

“My only advantage as a reporter is that I am so physically small, so temperamentally unobtrusive, and so neurotically inarticulate that people tend to forget that my presence runs counter to their interests. And it always does. That is one last thing to remember: writers are always selling somebody out.” —Joan Didion, Slouching Towards Bethlehem

If you are writing a memoir and not a reported piece, it is a pretty clear first step to change names in your work. In Eat, Pray, Love, Elizabeth Gilbert changed the name of the businessman she met in Bali, whom she eventually married. I’m sure I have read dozens if not hundreds of books where knowing the actual names of the people who featured in someone’s story did not make any difference.

You can create composite characters, which can also help add clarity to your work, especially if it takes place over a long period of time. You can also give the people in your life the choice about whether or not they want you to use their real names, but they doesn’t mean they’ll always be happy with that choice once it’s no longer hypothetical.

The safest possible advice is to change as much as you can without changing the meaning of your story. (And, seriously, don’t try to solve your own legal queries using Google.)

Some of the best-known cases of memoirs that have faced legal backlash are Augusten Burroughs’s Running with Scissors and James Frey’s A Million Little Pieces. More recently, Alice Sebold’s memoir, Lucky, was pulled from shelves after the man she misidentified as her rapist was exonerated after spending 16 years in prison for a crime he didn’t commit.

Running with Scissors, Burroughs’s 2002 memoir about growing up in the home of his mother’s eccentric psychiatrist, spent eight weeks on the bestseller list. The Turcotte family, depicted as the Finches in the memoir, sued, stating that their presentation as the family was sensationalized and fictional. Burroughs defended the work as accurate but altered the author’s note to refer to the work as a “book” instead of a memoir and to note that “their memories of the events described in this book are different than my own. […] This book was not intended to hurt the family.” The suit was settled in 2007.

A Million Little Pieces, James Frey’s memoir of addiction was published in 2003. It turned out that large portions of the book (and its sequel, My Friend Leonard) were completely fabricated, including the depiction of an 87-day jail sentence when Frey had only spent a few hours being held at a police station. Random House actually took the unusual step of offering refunds to people who had felt that they had been defrauded by Frey. In the end, fewer than 2,000 people took advantage of it. His defense was that all memoirists make things up. Since then, he has published quite a few more books (but no further memoirs), including books in the Lorien Legacies series as part of the collective Pittacus Lore. The first book, I Am Number Four, was adapted into a movie in 2011.

Conclusion: It’s Up to You

“You own everything that happened to you. Tell your stories. If people wanted you to write warmly about them, they should have behaved better.” —Ann Lamott, Bird by Bird

When you write about real people and events, you run the risk that someone will be unhappy about it and that is hard, especially for a consummate people-pleaser like me. As writers, we are often very good at putting ourselves in someone else’s place, and that empathy can sometimes stop us from telling the stories we would dearly like to tell. We are all prone to exaggerating for effect, we all try to recreate events and conversations to the best of our ability. There will always be some tabulation of “who does telling this story harm vs. who might benefit from hearing my story?” In the end, the only person who can tell you what you need to do is you…and perhaps a carefully selected lawyer.