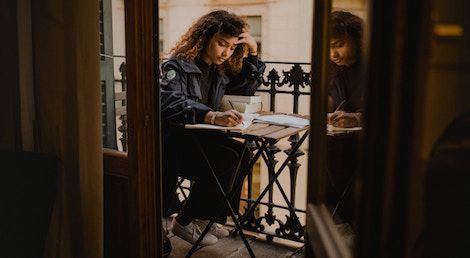 This list of essay collections by women is sponsored by I Miss You When I Blink by Mary Laura Philpott. 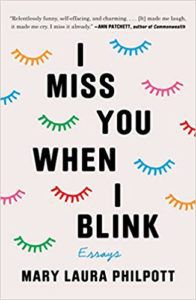 In this memoir-in-essays full of spot-on observations about home, work, and creative life, acclaimed essayist Mary Laura Philpott takes on the conflicting pressures of modern adulthood with wit and heart. She offers up her own stories to show that identity crises don’t happen just once or only at midlife; reassures us that small, recurring personal re-inventions are both normal and necessary; and advises that if you’re going to faint, you should get low to the ground first. Most of all, Philpott shows that when you stop feeling satisfied with your life, you don’t have to burn it all down and set off on a transcontinental hike (unless you want to, of course). You can call upon your many selves to figure out who you are, who you’re not, and where you belong. Who among us isn’t trying to do that?

In senior year of high school, I had the joy of taking a personal essay writing class with one of the best English teachers in Brooklyn. It did serve as a boon for people writing their college application essays, but none of the essays I wrote for college ended up being read aloud in that class. I guess I was more comfortable sharing personal writing with strangers in an admissions office than my high school classmates. (Especially because one of my college essays was about how much I hate late people, and I used many examples of my high school classmates.)

We read seminal writers in the personal essay field, as well as a great deal of criticism. It was a wonderful class for learning how to integrate personal stories with cultural criticism, and I still look back fondly on my high school musings about Buffy and feelings about my sisters. I’m only a little embarrassed. I decided to rounded up some of the best work in essays and criticism by women available today. 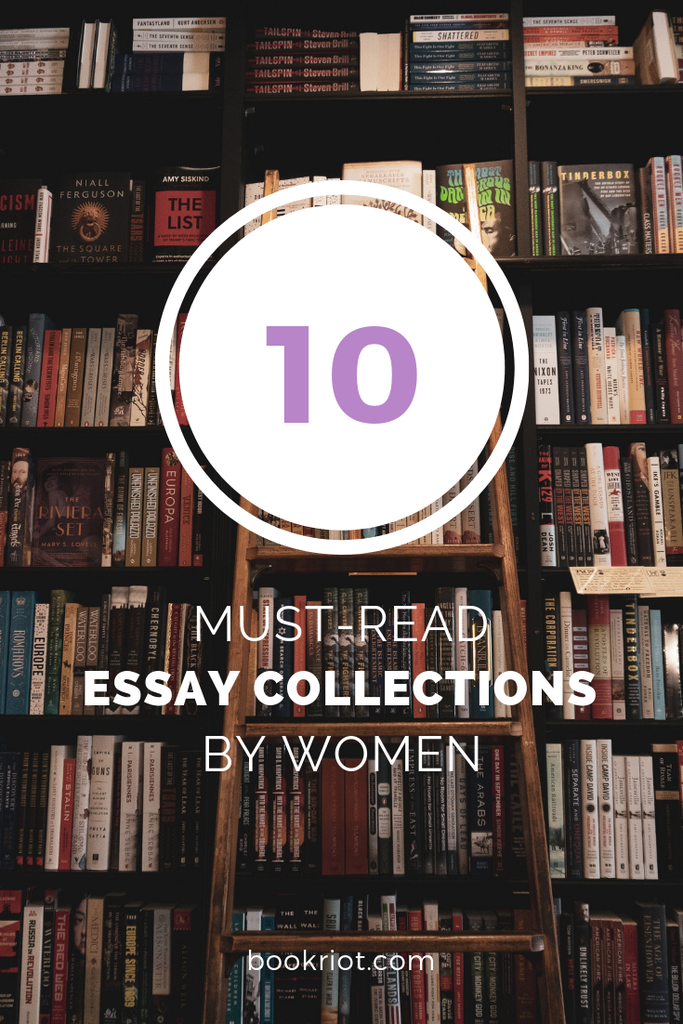 Essays, Criticism, and Calls to Action 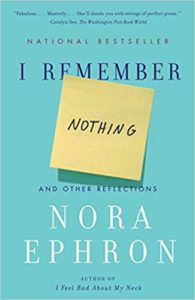 I Remember Nothing: And Other Reflections by Nora Ephron

Ephron’s legacy remains strong in her screenwriting, but I also want to shout out her amazing final essay collection, I Remember Nothing. Ranging from how waiters over-serve Pellegrino to meditations on losing her memory, Ephron takes a survey of her life, and how she looks back at it. A lot of it was writing, and a lot of the time she didn’t want to write. This book gave me a much-needed perspective on aging when I read it at 17. A full life doesn’t always mean an easily categorized one, and forcing yourself to get the words on the page, like Nora, is hugely necessary. 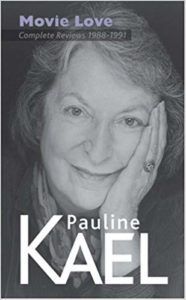 The tenth collection of Pauline Kael’s New Yorker reviews focus on movies from the ’80s and ’90s. It also reaffirms Kael’s love of B-movies and stylist filmmakers. She pulls together reviews of famous nerd fare (Back to the Future II, Indiana Jones and the Last Crusade), cult hits, and movies that have fallen to the annals of cinematic history. Reading Kael’s movie criticism is a master class in art writing. Thank you to my mom for re-alerting me last week to what a virtuoso Kael was. 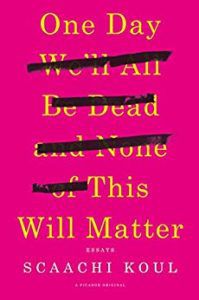 One Day We’ll All Be Dead and None of This Will Matter: Essays by Scaachi Koul

I was originally introduced to Koul in her reporting episodes of BuzzFeed’s Follow This on Netflix. Whether Koul is talking about growing up as a woman of color in Canada or the difficulties of dealing with the social Internet, she is generous and razor-sharp in her writing. This book examines Koul sitting at the intersection of Western beauty standards and Indian social expectations. She is also just so hilarious and smart. 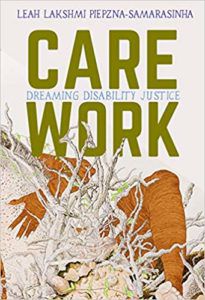 Leah Lakshmi Piepzna-Samarasinha doesn’t want to leave anyone behind. Although it is a sweet sentiment, her book dives into the radicalism of including people who are rendered disabled by an unjust society. She argues that building empathy and inclusion for people marginalized by sickness, disability, race, or gender is the way to create thriving activist communities. 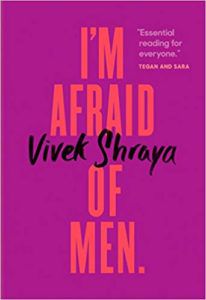 Growing up in Canada, Vivek Shraya was forced to hide in overcompensating, especially among straight men. As a trans woman of color, she is even more attuned to the way men exert control over people’s behavior. She especially felt this perpetuation of patriarchal standards through the pressure of fitting into feminine body standards. Shraya’s work has received several awards, including one of the best audiobooks of 2018 by us here at Book Riot, and there are many more books by trans, nonbinary, and gender non-conforming authors to dive into. 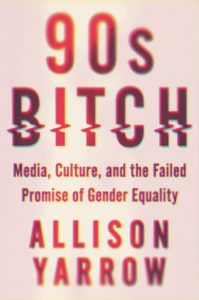 After this book, I definitely began to doubt the reclamation of the world “bitch” in our contemporary moment. Many women in the ’90s were public figures against their will, and some were deliberate public firebrands who pushed controversy in hopes of making big change. Either way, “bitch” flattened women who did anything at all into easily dismissed jokes. I want to remind myself consistently of the hard work women in the past have done to allow us to speak freely in order to push fundamental equality and intersectional feminism forward. 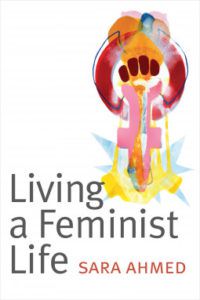 Sara Ahmed’s scholarly writing is varied and impactful, with a throughline of the politics of inclusion. It is important to note that Ahmed’s edicts for living a feminist life include the issues of racism, postcolonialism, and queer theory, as they should. She argues that we should always push feminist values into our daily lives and interactions, as it is so easy to let things slide. The accumulation of letting things slide is what can lead to the nightmarish, world-shaking situations we are in these days. Ahmed is such an effective writer because she never trips up in academic language—her focus on clarity is so necessary for breaking down complex theory. 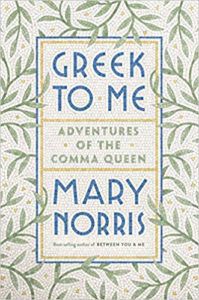 Greek to Me: Adventures of the Comma Queen by Mary Norris

I relate to Mary Norris’s unabashed nerdiness about language on a soul-deep level. The former New Yorker copy editor explores her obsession with Greece through the goddesses, the historic landscape, and most importantly the development of language. It’s the rare series of travel essays that manages to thread together the history and culture of the destination as well as the author’s personal history. 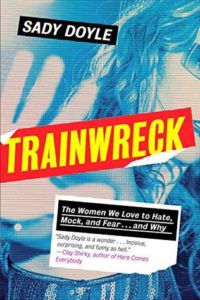 Trainwreck: The Women We Love to Hate, Mock, and Fear…and Why by Sady Doyle

Craving dramatic stories and reveling in schadenfreude is deeply normalized in Western culture, and Sady Doyle brilliantly breaks down the myriad ways the consequences fall on women. Focusing on a woman’s inappropriate behavior is one of the easiest ways to discredit her, push her into the category of “trainwreck,” as opposed to “woman who has lived a complicated life and also critiques societal inequities.” 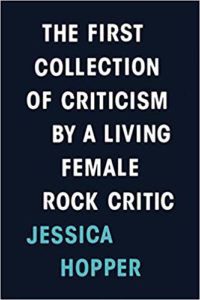 Music criticism is still a frustratingly male-dominated field, so I always appreciate Hopper’s interventions. Reading her measured considerations of grunge, riot grrrl, and the rise of emo are a master class in how music is so integral to our society. Her article about R. Kelly from 2013 is also included, and it is a sad reminder about how much male musician behavior gets swept under the rug.

The most effective nonfiction essay writers can reveal as much about ourselves as themselves in a well-crafted piece of writing. I’m so excited by the ever-growing group of women and queer writers telling their stories in personal writing and criticism these days.