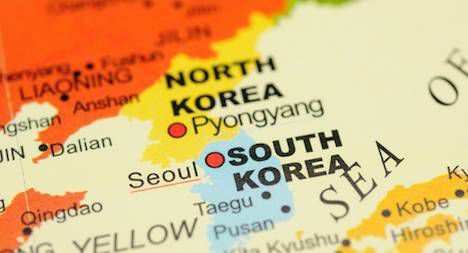 As fellow contributor Jen Sherman pointed out in her article, Becoming Fascinated with a Mysterious State: A North Korea Reading List, North Korea is one of the world’s most isolated countries. Due to the government’s iron grip on its citizens, its media, and basically every aspect of society, it’s extremely difficult for outsiders to learn about what is really going on in the country – especially since it is illegal for citizens to leave it.

However, there are many courageous people who have managed to escape from North Korea. They have faced imprisonment, torture, forced labor, and sex trafficking, sometimes losing their families in the process. It is largely because of them that we know the full extent of the government’s human rights violations. Their stories, more than any other narrative, paint a comprehensive picture of the country.

The books below are often difficult to read and contain events that many people might find triggering such as physical and sexual assault, psychological torture, and starvation. Read with caution but, please, read.

* Note: All names are written in the Western style of individual name first, family name last. This is to prevent confusion among our readers, most of whom are used to the Western style. No disrespect was intended. 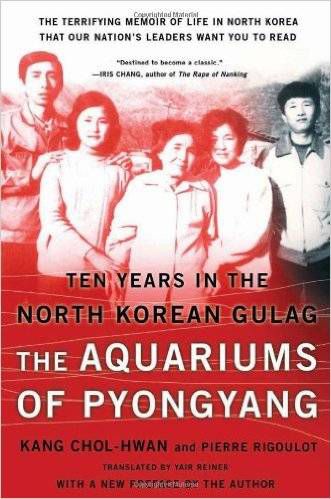 The Aquariums of Pyongyang: Ten Years in the North Korean Gulag by Chol-hwan Kang and Pierre Rigoulot, translated by Yair Reiner (2005) – In 1977, when Chol-hwan Kang was only nine years old, he and his family were sentenced to 10 years hard labor in the Yodok labor camp. His family’s crime? His grandfather and grandmother had lived in Japan for a time, which the state would arbitrarily decide made them all traitors. In this memoir, Chol-hwan details how starvation brutalized even the most sensitive parent, how desperate people were to escape, and the many ways the guards and state sought to terrorize them. This book would eventually make its way to former President George W. Bush’s hands and was one of the first ways the US government began learning about North Korea’s human rights abuses. 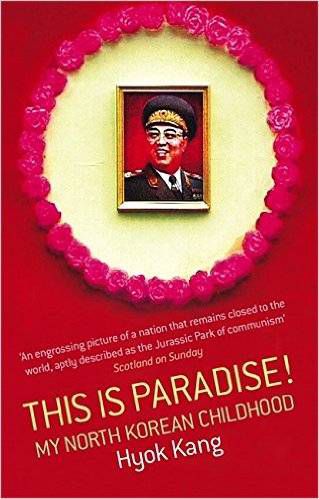 This is Paradise!: My North Korean Childhood by Hyok Kang and Philippe Grangereau, translated by Shaun Whiteside (2007) – Hyok Kang was the son of a rich, patriotic North Korean family that enjoyed the kind of privileges most North Koreans could only dream of. He was also fully indoctrinated by the state, believing the propaganda fed to him at school. However, when the famine of the 1990s hit, he and his classmates slowly starved to death, resulting in his family defecting to first China and then South Korea. Hyok tells his story plainly, even bluntly, invoking the absurdity of the lives he and millions of others had to live. 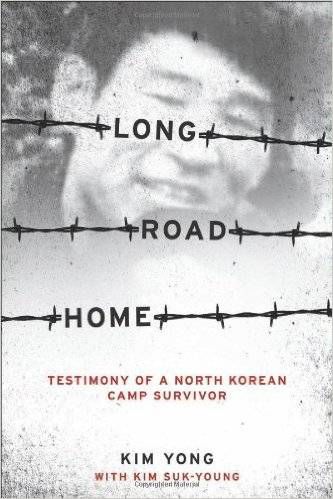 Long Road Home: Testimony of a North Korean Camp Survivor by Yong Kim, translated by Suk-Young Kim (2009) – Yong Kim was a prosperous lieutenant colonel in the Korean Army who enjoyed the benefits of a corrupt state. However, when he’s accused of treason, that’s all stripped away and he’s sentenced to work – and die – in one of the state’s many work camps. There, he comes face-to-face with true deprivation, learning to see sunshine as a luxury and skirting the edge of starvation. When he finally escapes, he learns that life outside of the work camps is hardly better. 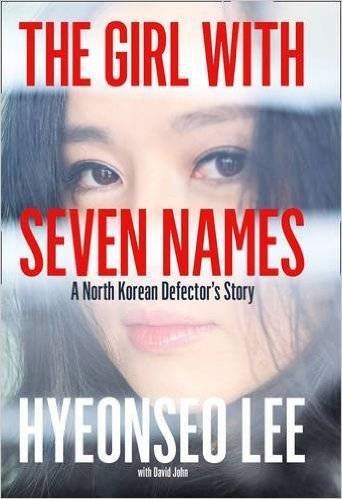 The Girl with Seven Names: A North Korean Defector’s Story by Hyeonseo Lee with David John (2015) – Until the death of Il-sung Kim and the famine of the 1990s, Hyeonseo Lee lived a fairly carefree life. She went to school, participated in games and drills, and saw no reason to challenge the presentation of the world around her. That would all change, forcing her to flee her country, return for her mother and brother, and repeatedly try to start a new life. She is now one of the most well known North Korean defectors in the West, and her Ted Talk has been viewed over five million times. Click here to watch it. 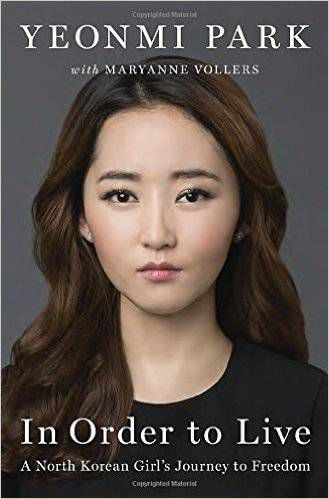 In Order to Live: A North Korean Girl’s Journey to Freedom by Yeonmi Park with Maryanne Vollers (2015) – Since before she was born, Yeonmi’s family had to rely on extra-legal methods to survive – mostly buying and selling on the black market, moving without government sanction, and bribing officials. Unfortunately, this put them into direct conflict with the government, who would imprison her father, brand her whole family criminals, and deny them food, clothing, or medical attention. Eventually, they would all be so close to death that they would cross the border into China, “willing to risk [their] life for the promise of a bowl of rice.” 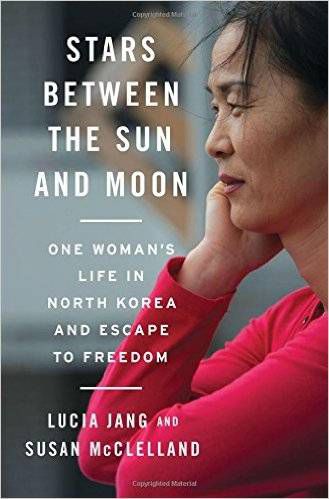 Stars between the Sun and Moon: One Woman’s Life in North Korea and Escape to Freedom by Lucia Jang and Susan McClelland (2015) – Lucia (Sunhwa) Jang grew up in a poor, rural community where there was never enough to eat or any educational opportunities. However, with the guidance of her mother, she managed to have a relatively happy childhood – at least, until she was raped at work and forced to marry her rapist. Eventually, she was unable to live with him, take care of her son, or work and found herself on the edge of starvation. The only way she could survive and care for her child was by defecting. This is one of the few memoirs about North Koreans who lived in rural areas. 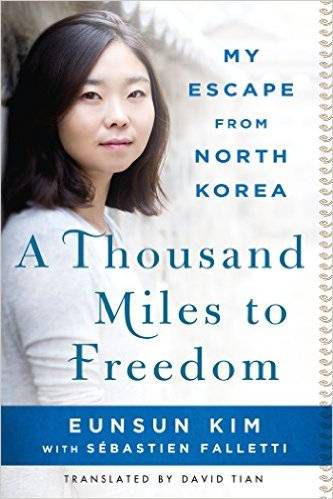 A Thousand Miles to Freedom: My Escape from North Korea by Eunsun Kim with Sebastien Falletti, translated by David Tian (2016) – Eunsun Kim’s childhood was characterized by petty cruelness and complete obedience. That didn’t save them from the devastating effects of the famine, which forced her, her sister, and her mother to try to flee to China. Their escape from North Korea would take nine years and would see them chained to a brutal “stepfather,” forced back to the country, and repeatedly on the verge of death. 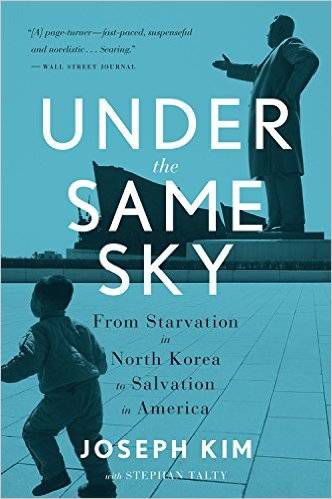 Under the Same Sky: From Starvation in North Korea to Salvation in America by Joseph Kim and Stephan Talty (2016) – In this memoir, Joseph (Kwang Jin) Kim describes growing up in the 1990s in North Korea during one of the 20th century’s worst famines. He writes about how, bit by bit, the famine took everything – his father, his mother, his sister, his dignity, and his sense of safety – until he was eventually forced to flee to China to avoid death. It’s hard to read this book because much of it is about going from bad to worse, but Joseph still manages to inject levity and hope, letting the reader know that, while North Koreans may never forget what they endured, at least they can still have a future. Click here to watch his TED Talk.