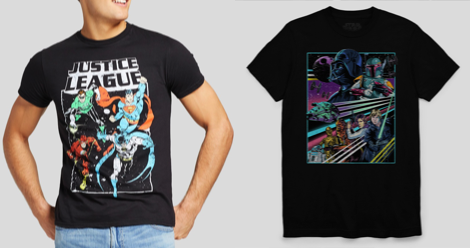 There is a Target right across the street from my neighborhood. This could be seen as a curse or a blessing, but whichever it is, my toddler son and I wind up there several days out of any given week. We’re there to pick up some food, pick up Pedialyte and baby wipes, or, honestly, just to get out of the house and be among other people. Mama can only take so much of kid-only interaction days.

But I’ve been noticing something for a while, and it’s gotten to the point of just being downright annoying now. When I went there in February, I was looking at the Valentine’s Day stuff, and saw a Star Wars mug filled with candy. Looking closer at the mug, I noticed there was no Princess Leia. There was Han, Luke, R2-D2, C3PO, Vader, an anonymous Stormtrooper, even Chewie. But no Leia. Huh. Okay. Weird. For me, without Leia, there is no movie. I mean, HELLO, CARRIE FISHER? But okay. Then I started noticing the men’s tees. A geeky tee paired with a cardigan is basically my mom uniform, and I get most of my geeky tees in the men’s section, since they tend to have a better selection. While there were a few Star Wars tees that included Leia, others didn’t, even when nearly every single character was on the shirt. Any tee that was Leia-specific was ONLY in the women’s section. 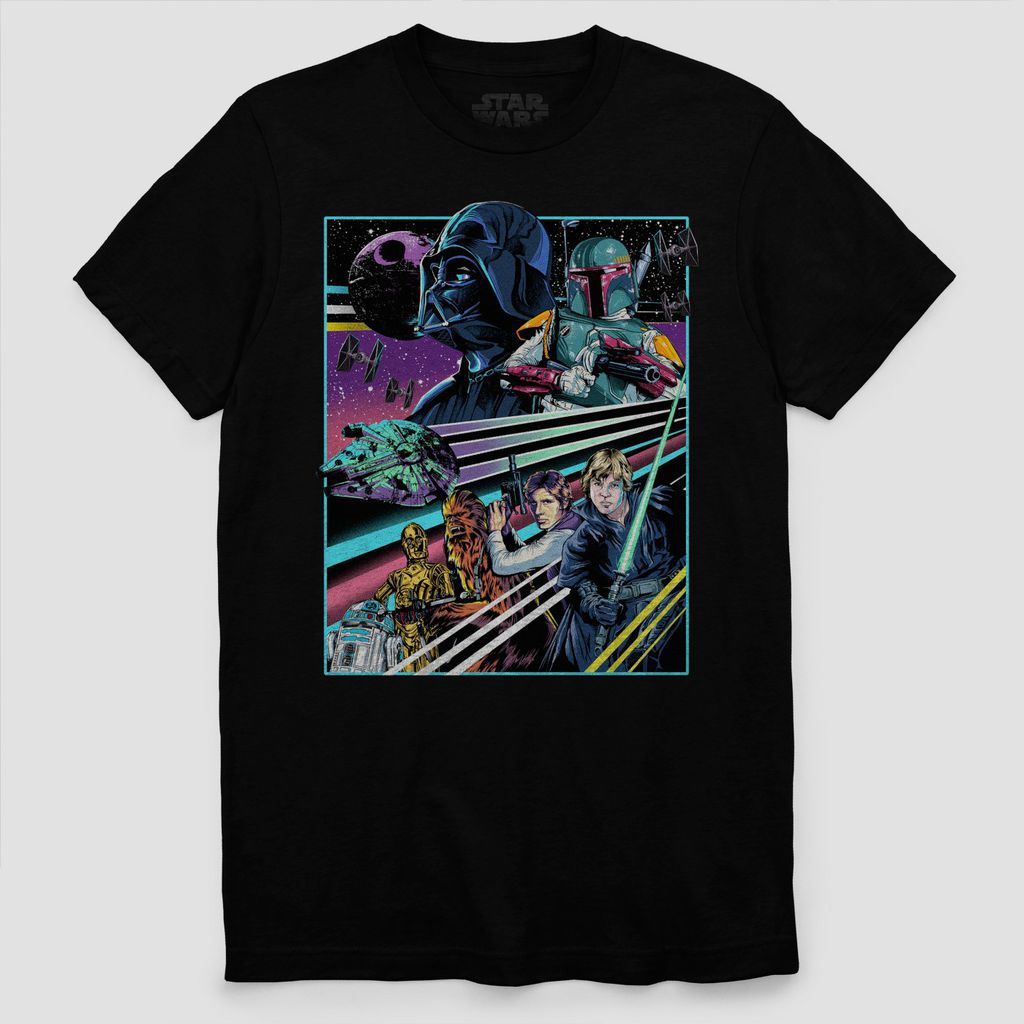 Then the comics tees…Marvel tees are very male-character heavy. Even when it’s just symbols, there is no Black Widow, or Captain Marvel, or Ms. Marvel, or Spider-Woman symbol on a shirt.  DC is no better. The Justice League tees for men? I’d say 99.5% of the time, Wonder Woman is conspicuously absent. The exception to the missing female trend seems to be the Defenders—but that would be really freaking obvious if Jessica Jones were absent. I guess even Marvel has its limits. 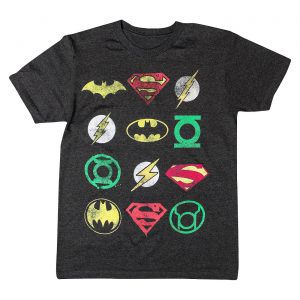 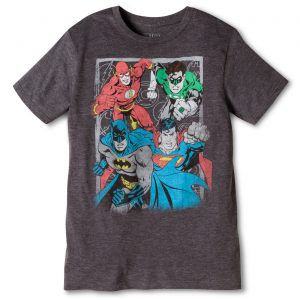 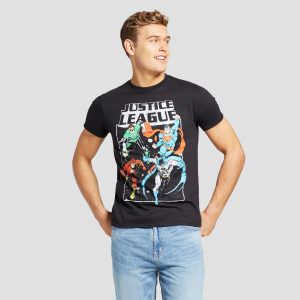 Can men just not handle wearing a female superhero on their shirt? Do they get sensitive in the feels about this?

Funny, the only Justice League tee for women had Wonder Woman on it. 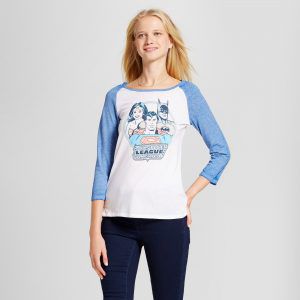 Call me crazy, but I thought that as adults we were past the whole “I can’t wear girls on my shirt” thing for men, and the “If I dare to be into comics or sci-fi it has to be girly” thing for women.

Same with the boys’ tees. My son’s Justice League t-shirt is ALSO missing Wonder Woman. Granted, his Star Wars tees do usually include Leia, or only have the droids and Stormtroopers. But Heaven forbid a boy’s tee has Batgirl on it, alongside Batman! What would happen if Wonder Woman was on the Justice League tee? Gasp. 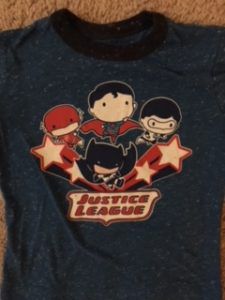 Yes, I fill the geeky tee void by shopping at specialty stores. But what about people who don’t? The erasure of female characters on boys and mens t-shirts (and really, in general…because where ARE all of the female superhero characters, anyway?) speaks to a larger problem. It’s ignoring that women are becoming more and more visible in the comics universe and the sci-fi universe. Nearly 40% of comics and graphic novels are bought by women, and there are strong, capable female characters in both Marvel and DC, not to mention brands like Boom! or Image. When branding ignores female characters, this perpetuates the myth that girls just don’t read comics, that they just don’t like comics or sci-fi or geek culture. It perpetuates the misogynist underbelly of the comics world, and especially for young boys, reinforces the negative stereotype of anything girly being bad. Why isn’t Wonder Woman on a boy’s Justice League tee? Why aren’t there female characters on a boy’s t-shirt? Do boys ONLY have to like boy characters? Why AREN’T there more comics tees for women, and why are the only ones available the ones with a female team member?

This is a much larger discussion to be had, but I’m hopeful this will change.