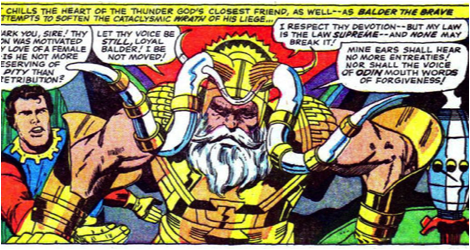 There as many reasons to read comics as there are comics in the wide world Some we read for the cutting political and social commentary (Malika, Ms Marvel). Some we read for the human connection (Black Bolt, The Unstoppable Wasp). Some be bring home because they’re deliciously creepy (Wytches) or because they’re helmed by a favorite author (Destroyer). And there are some comics in which we lose ourselves because everyone needs utter and unmitigated silliness once in a while. The world is a very serious place at the moment; it’s important to acknowledge that and strive toward change but if we’re going to survive the darkness to bring the light, then every so often, we need to laugh. It is thus in this spirit of necessity, true believers, that I present to you: Epic Headgear of the Marvel Comics Universe.

Mind, this list is by no means comprehensive. There’s an entire website dedicated just to the 5000 hats designed by King Kirby himself (sorry about the J-Lo bikini shot. The rest is legit, I promise). The headgear herein are the fanciful creations which caught my eye during extensive perusal of the options and giggle (and sometimes snort) prodded my absurd sense of humor.

I hope at least one of them pings your funny bone as well. 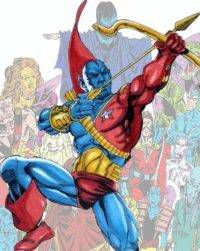 If you think Poppins Space Dad’s fin is cool in the movies, you should see the original (apparently called a tahlei in his native language of Centaurian). I mean, is that thing majestic or what? Definitely edges out Triton of the Inhumans for flare and also because it coordinates perfectly with Yondu’s space speedo. Comics Yondu is an expert archer who controls his arrows via sound waves but the fin itself has a different use on the printed page than on screen, one apparently not discussed polite Alpha-Centari company. A few words of advice: don’t touch it without asking. 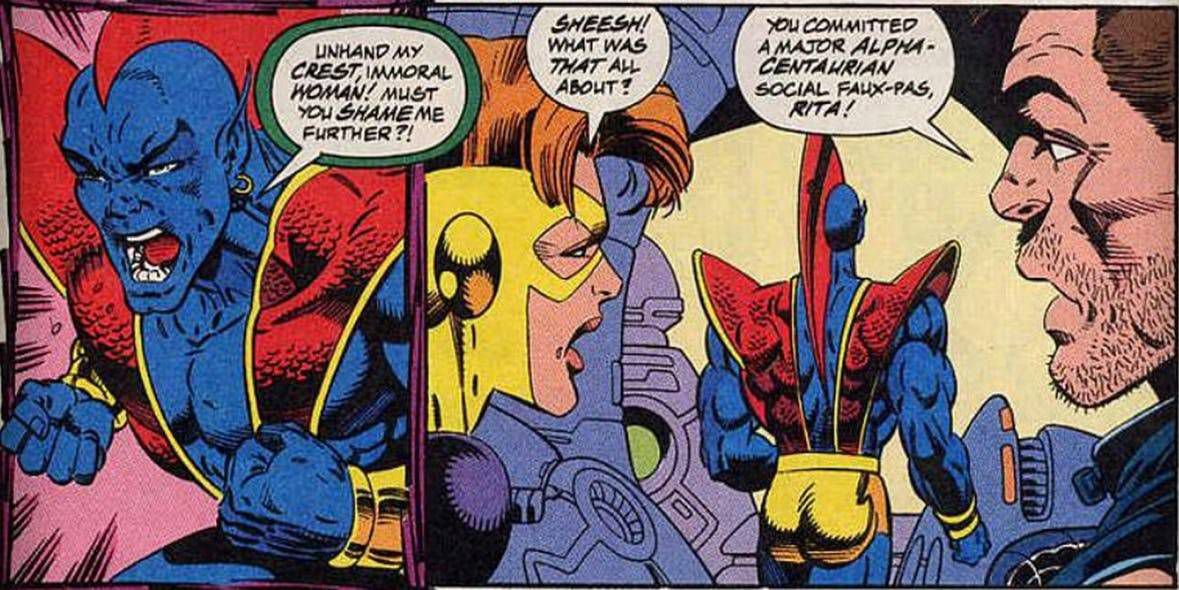 Look, it just is, okay? Luke’s skin is unbreakable which doesn’t mean he’s invincible but it does mean he has no need for any sort of functional armor. Why wouldn’t a giant, powerful dude in a pirate shirt and bracers choose a tiara to go along with his ensemble? It’s light, allows for proper ventilation, and it is stylin’. The character has, somewhat regrettably, forgone his iconic crown in recent incarnations though the Netflix series did offer a nod to the tiara in Cage’s big origin scene. 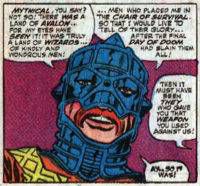 This thing is more than a helmet and gorget. I mean, it is extensive and permanent (I see no possibly way it could be removed short of decapitation of wearer) which I believe qualifies it for the Poe Dameron Apparatus *circular hand gesture* Hall of Fame. Personally, I think that hole between his eyes is asking for trouble… Maybe it’s some sort of psychic blow hole or something? We are talking comics, after all. Prester John has chosen to otherwise accessorize his person with a weapon called “The Evil Eye;” it looks like a pink plunger, shoots death rays, and clashes horribly with the rest of Prester John’s outfit. He recovered it from Avalon. You’re welcome. 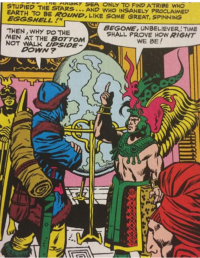 Best Whatever the Hell This Thing Is: That Dude

Prester John (see “Best Apparatus”) spent centuries traveling the world in search of knowledge and, apparently, ran across this dude at some point during his wanderings. I think he’s maybe supposed to be some sort of Mezzo-American wise man or something but to be honest, I care less about who he is and more about who designed his hat (figuratively speaking. Literally, it was Kirby). Feathers, a… I think it’s a flamingo, some sort of frog, maybe. And a tentacle. That tentacle is beyond. The construct must have weighed a ton but at least he has those massive earpieces and that handy strap. I wonder though: was this an everyday hat? Just for special occasions? Specific to denouncing a non-believer? To be honest, I think this hat needs a mini series of its own because inquiring minds want to know. 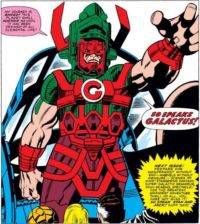 I was going to name Galactus “Best Evil Purple Hat” and then I came across this gem. Try fitting that thing down a chimney. Well, I suppose you don’t really need to because it has two chimneys of its own. Kirby had a thing for angles and sharp edges and this chapeau is the ultimate expression of his particular style which looks a bit goofy to our modern eyes but which was (no sarcasm) quite cutting edge back in the 60s. Even now, I can see it precariously balanced on the head of a go go dancer in a cage at some retro club. 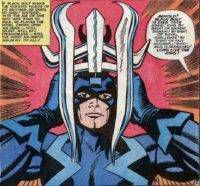 The Inhumans have a royal family and every royal family needs a crown, right? Something to convey gravitas and authority and dignity and OMHFG, how does he put that thing on without slitting his own throat?! Really? That’s what Maximus wanted so badly? You lean backwards and you kill the person standing behind you, lean forward and you spear yourself in the chest, try to sit down or stand up or pet your dog and disaster is inevitable. That thing isn’t a crown, it’s a weapon of mass destruction. Seriously, Black Bolt. Stick with the tuning fork. 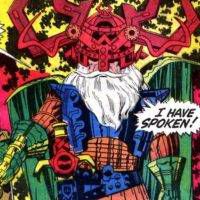 Damn, the lord of Asgard has had some epic headgear during his tenure. I offer you the best of the bunch without any additional commentary since no words could possibly do them justice. 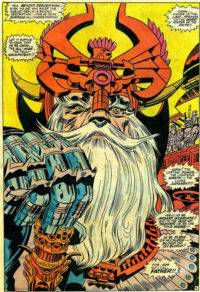 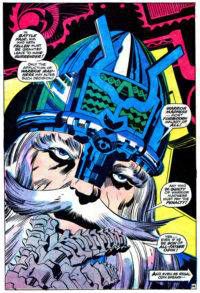 Because just look at that face… 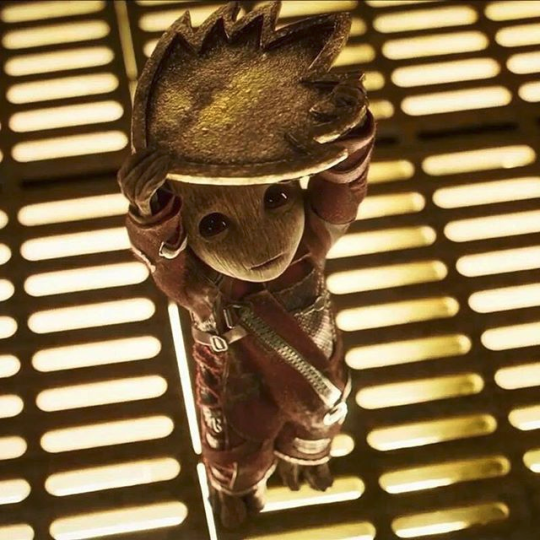 There you have it, folks. I hope you have as much fun look at this insanity as I did finding and writing about it. If one person laughs as hard as I did, then it was 100% worth the effort.

Feel free to add your own favorites in the comments or on social medial!