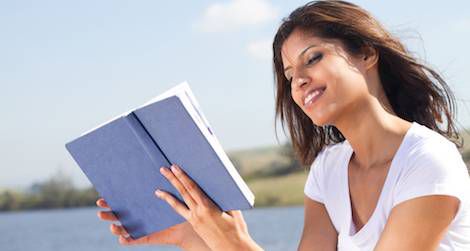 I speak four different languages, which opens up my literary world a whole bunch. I often think about how differently books translate from one language to another – some even argue that translated books are a completely different work of literature.

In some cases, I feel this is probably true. The ‘problem’ (for lack of a better word) is that language is so closely linked to a country’s culture and history: when a translation is being done, it’s not only attempting to fill a gap between languages, it’s attempting to fill a gap between cultures. Unni Wikan writes about the difficulties of translation beautifully in the context of sociological research: she theorizes that a bridge between languages isn’t only built with translation, but also with resonance between cultures.

However, the way Wikan talks about the concept of resonance is kind of magical and completely unteachable: she talks about how the researcher must seek for resonance and look beyond words for meaning. This might be useful in research, but now I am wondering how many cultural references or cultural meanings I missed when reading translated books.

On the other hand, English-speakers are very privileged in this area. For those of us whose mother-tongue is not English and were not born in English-speaking countries, there’s a huge emphasis on learning English from an early age for job prospects, academic prospects, and just general communication. Not needing to learn another language to read a wider range of literature works is a privilege. When a non-English language book is translated into English it is a sign of success, right? It means that book is so good that it deserves to be added to the body of work that is largest in the world.

In a 1987 article entitled “How to tame a Wild Tongue,” Gloria Anzaldúa writes (alternating between Spanish and English) about English-speaker privilege and her experience with variations of Spanish in the USA: “Ethnic identity is twin skin to linguistic identity – I am my language. […] Until I am free to write bilingually and to switch codes without having always to translate, while I still have to speak English or Spanish when I would rather speak Spanglish, and as long as I have to accommodate the English speakers rather than having them accommodate me, my tongue will be illegitimate.”

As I read these words I remembered how alienating not speaking English (or not wanting to speak it or being unable to express yourself properly in English) can be. I learned how to speak excellent English from a young age and it’s easy to forget how many doors this has opened for me, both in terms of the books I can read and the opportunities I’ve had. Speaking English is a privilege and one that cannot be denied: essentially, you can expect the best literature to come to you if speak English.

If thinking about translation in this way is confusing and somewhat sobering, I have to say that I am in awe of translators who try to find resonance between cultures and languages in their work. I have done a few bits of translation (mostly video, so really not extensive) and cultural differences have stumped me a few times. So I wholeheartedly admire translators.

Although English language privilege is real, I also believe there are things that are not translatable and that makes me sigh with relief. While I am a very curious person (as any reader will be) it comforts me to think that some references are only available for native speakers of a language. It’s kind of like a type of magic you can only access if you possess certain skills. Gayatri Chakravorty Spivak describes the concept of translation poetically in her article The Politics of Translation: “Translation is the most intimate act of reading. I surrender to the text when I translate.” Like Wikan, Spivak’s writing on translation sounds magical to me: it is like a lover whose meanings you are constantly trying to decipher and interpret. But these interpretations will always be personal and they depend so much on the person who is deciphering them.

Spivak speculates that there’s a space outside of language that will never quite be understood. At first, this idea really unsettled me: it means that there are things that I will never understand. But then, I have to ask: what belongs to us English-speakers? Should we expect to understand everything or to have everything explained to us? Does this privilege become a type of entitlement? If the gap between cultures and languages cannot be bridged, should we continue to try? Or is the need to know everything a symptom of culture imperialism?

I think it’s important to realise that not everything is for you or for me. While reading to pursue knowledge is essential for personal growth, I also think there’s a space within us that should understand that not everything is understandable through the English language and that it’s okay not to know. When reading a translated book, we have to keep in mind the magic of seeking resonance; we have to remember that language and culture are closely linked and that missing something is part of the adventure.