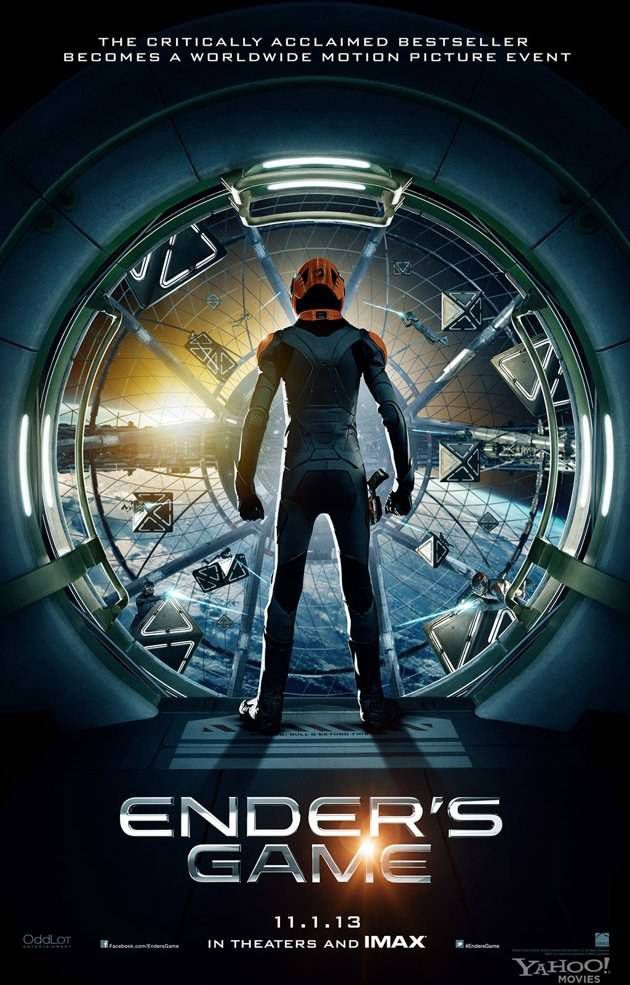 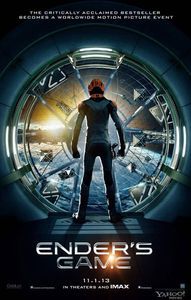 Okay, so I don’t know how many of you read the awful, awful Ender in Exile, but I did. And it was a huge disappointment, like Orson Scott Card (he of the many bad decisions) had forgotten who his own characters were.

Well, that’s how the movie felt. Like the people writing it had no idea who these characters were.

It’s not a long movie (considering the book), coming in at just under two hours. So, the story is heavily truncated. I mean, nothing lasts long enough to mean anything. Asa Butterfield does admirably with the material he’s given, and he inhabits the role of Ender well. However, because we’re so rushed from earth to battle school launchie to soldier in Salamander to commander of Dragon, we don’t see (and barely feel) the character development we need.

Peter isn’t as scary a psychopath as we would have expected. All we needed was the scene where he tells Ender, “I could kill you right now and everyone would think it was an accident.” But, we don’t get that. We get a half-hearted strangle, and its attributed to Peter’s jealousy rather than his sociopathy. They then spend the film telling us that Peter is all-that-is-bad, but we don’t really see it. So when Ender sees Peter’s face in the Giant’s game instead of his own, we’re all kind of like, “Okay, so?”

Ender cries a lot, but I’m not really sure why. As they’re getting off the ship to the first foray into Battle School, Graff exposits that they “must keep him isolated.” And yet, it never feels like he is. He meets Bean immediately, and in turn Bean is already throwing hero-worship-style glances Ender’s way. He gains Alai’s confidence within the next ten minutes. Then, once he’s moved into Salamander’s army, Petra is all over that shiz.

That is to say, they invented some ridiculous vague romantic connection between Petra and Ender and I hated it. And Bean, poor Bean, is a shadow of who he should be (which is to say super smart and in the know). Ender comes up with the ideas that Bean gets in the books.

The film is quite beautiful, the cinematography is one that should be seen on a big screen, I guess. The few minutes of battles between the battle school armies that we do get are amazing to watch. The sky-battles between the humans the formics equally amazing. They had the technology to show you what might have been hard to picture while reading the book, which was awesome. (Not awesome enough to make up for how poor of an adaptation it was, though).

They spend a significant amount of time on Harrison Ford as Graff. I mean, it’s Harrison Ford, so maybe someone was like, “Hey guys, it’s Harrisong m-fing Ford, maybe we should give him the most screen time.” But because they spend so much time with him and his perspective of the story, Ender becomes secondary at times.

The only scene done really well, I felt, was the actual “final exam” scene. There was anxiety, and power, and Ender was in the center of it all. It was the only part of the movie that felt authentic. And Asa Butterfield’s scream as he realizes that he’s just committed genocide, was perfection.

Honestly, I’d say skip this if you’re a fan of the book. And if you’re not, I imagine it might be hard to follow why anything that happens to this kid matters.