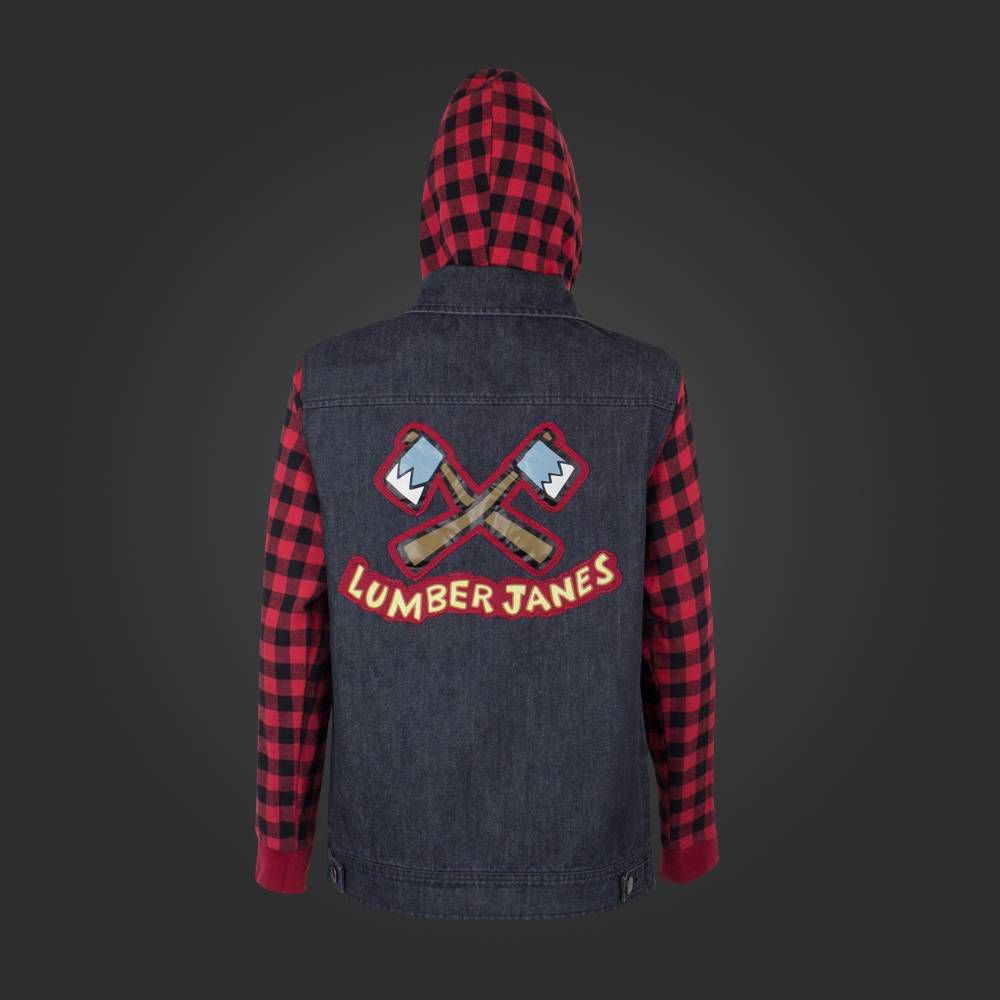 My most obvious nerd credentials are as follows: I grew up watching all the many Star Treks, and when I was in the 4th grade, one of my “friends” declared that I read too much. (Friends is in scare quotes for obvious reasons.) My parents also “read too much,” and my dad is the original comics nerd in our family, so I come by it honestly. But we didn’t have the money (and actually I’m not even sure I knew they existed? There was no TeeFury or WeLoveFine in the ‘90s, yo) to buy clothes or gear that was explicitly nerdy: no Star Wars t-shirts, Star Trek lunchboxes, etc. for me. So I didn’t own any nerd-gear until I was old enough to have a job, be aware of its existence, and be able to buy it for myself — and by that point, I wasn’t sure I wanted to.

Like many others, I spent a lot of time in high school trying to camouflage. Dress so that you blend in. Don’t read in the halls between classes. Don’t talk about all those dragon-themed books in your backpack unless someone else mentions them first. Star Wars is ok to talk about (everyone loved Star Wars) but not Star Trek — Trekkies are the geekiest of the geeks. The Hulk is fine because there’s a TV show, but don’t bring up Renaissance Faires. It wasn’t that I was actively hiding who I was, it was just easier not to talk about certain things.

College wasn’t significantly different in this regard. I was plenty comfortable being subversive in other ways. Feminism, sure! Eco-warrior, yes. Will fight about philosophical concepts over the cafeteria table: check. But I was reading for classes, not for fun, and when I did read for fun I felt like I had to read Serious Books. Dragons, magic, spaceships, caped crusaders, all that stuff was Of My Childhood. Right? Wasn’t it?

It wasn’t until my late 20s that I found my way back to my geekiest roots. I started reading and loving science fiction and fantasy again. YA was booming and I was a bookseller, so OBVIOUSLY I had to read The Hunger Games and Harry Potter and Twilight! To keep up with The Kids! And then superhero movies hit the mainstream, and THEN I got introduced to comics, and it was ALL OVER. Casual cosplay, HERE I COME.

Now there are way more nerdy t-shirts and hoodies and Spider-Gwen jackets than I could ever buy, much less wear. And it’s great! But I still struggle with when, how, and where to “out” myself as a geek. I’ve had pretty relaxed jobs for the last 10 years — t-shirts, hoodies, and jeans are just fine for your average day in the office. But getting to the office, and then home, involves about an hour on public transportation. I don’t know if you’ve ever ridden the NYC subways, but I can verify that despite New Yorkers’ reputation for being surly and uncommunicative, the thing you LEAST want to talk about with a stranger is inevitably the question you will be asked on a train.

Should I read comics in public? Do I wear my Lumberjanes jacket where people I don’t know can see it? Dare I wear my Chewbacca shirt on a Thursday when I’m also going to a book reading or a publishing event? I didn’t realize how conflicted I was about this until I started going to cons, where not only was it safe but expected to display your nerd-love. The subway ride turns out to be easier when you know that your tribe is on the other end, and that you’ll blend right in when you get there.

New York is the land of the book-nerds — it’s not unusual to see people with their heads stuck in books, or with tote bags declaring said love of books, anywhere/everywhere you go. But that’s not exactly the same as being a reader of “escapist” genres (superhero comics, science fiction, fantasy, romance). And outing yourself in public can be uncomfortable at best, unsafe at worst — if I had a quarter for every time someone thought I was sports-fluent because of my Beacon Hills Lacrosse shirt, I would have enough to do a very awkward load of laundry. Let’s not even talk about men who want to talk to me about “dirty books” when they see me reading a Regency romance.

And then there’s the flip side: when I do wear my geek-gear to a geekspace, am I the girl wearing the band’s shirt to the concert? Am I THAT NERD?? What if I overdo it? Is it weird to be the 30-something wearing a Lumberjanes jacket, when the comic is about and written for The Kids? What if I am turning into Steve Buscemi??

I’m getting quicker with the comebacks when necessary, and more comfortable with the possibilities of conversations. And the times when a fellow fan and I spot each other (like the morning I got onto the train wearing a Gryffindor scarf AT THE EXACT SAME MOMENT as someone else wearing THEIR Gryffindor scarf! That happened!) feel priceless. Mostly, people are too busy with their own lives to notice that I exist, much less what my t-shirt says on it. But really, it just depends on the day. How motivated am I feeling? How ready am I to talk to strangers? Where am I going, and who else will be there? I’m a proud geek, but sometimes I still want to go incognito.

Tell me: what about you? Can you wear your geek-gear on regular days? Do you?