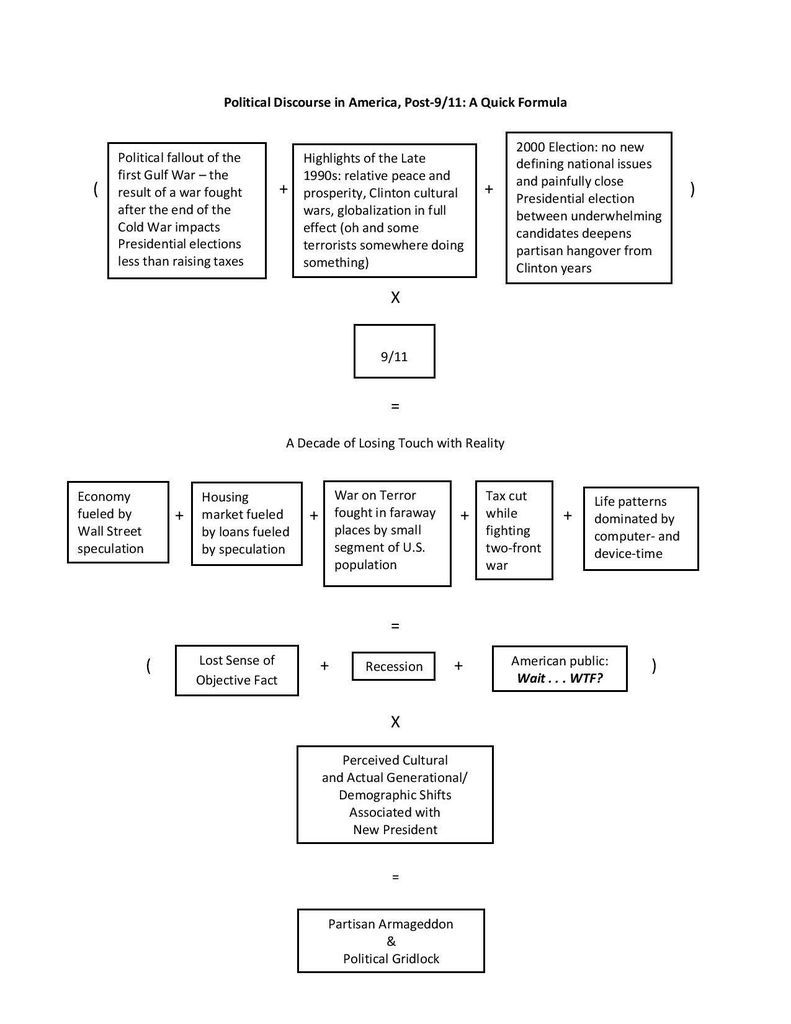 In the last question of the V.P. debate, a voter asked about the tone of political advertisements and the campaign in general. This question extended various ongoing media reports on the tone of American politics–a recurring topic in some of my favorite news outlets (The NY Times Week in Review, The New Yorker, and PBSNewshour). I don’t know why I was so surprised that both Biden and Ryan used the question to shift to immediate attacks, a moment that illustrates the circular logic of the worse partisanship: disagreement justifies disagreement. So in the run-up to Election Day, it seems like a good time for news readers (and voters!) to consider some of the forces driving the tone of our current politics. In that spirit, here’s a quick (admittedly simplified) formula for how we got here: