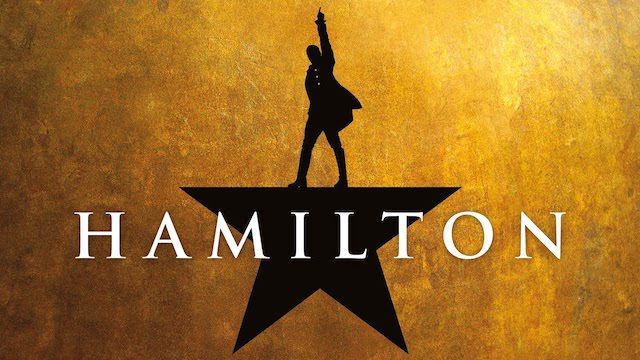 Hamilton: The Musical is a phenomenon. Hamilton has won 11 Tonys, including Best Musical in 2016 as well as the Pulitzer Prize for Dramatic works. In terms of ticket sales, it has grossed over half a billion dollars as of June 2019 with performances in three cities in the U.S., an additional U.S. tour, London, and Sydney, Australia, in 2021.

But an important part of Hamilton has been its educational programming, known as Hamilton Education Program or EduHam,  that brought American history and the musical into Title 1 schools, or a school with a large concentration of low-income students that receive supplemental funding. The program started in October 2015, the same year the musical premiered, showing an early commitment to education for the show. After having the opportunity to see the final EduHam in Chicago before Hamilton closes on January 5th, we’re going to dive into this impressive program.

Background of the Musical

Lin-Manuel Miranda, writer and lyricist, was inspired to write the musical when he read Ron Chernow’s 2004 biography Alexander Hamilton while on vacation. In countless interviews, Lin Manuel Miranda talks about how he felt that Hamilton was “hip hop” but that was part of the challenge to match Hamilton with the lyrics: “My thesis is that Hamilton is this hip-hop story, and he’s just that good, so the lyrics also have to be that good. So I’d labor over every couplet.”

In an interview with Chernow, he recalls: “Lin started by telling me that Hamilton’s story was a classic hip-hop narrative. Needless to say, I had no idea what he was talking about. I know now. But I didn’t know then. I’m a little more hip now than I was at that point. I think Hamilton worked for hip-hop because there was something so driven about him. He’s constantly talking and writing and reading and doing things, and so the pulsating hip-hop music and lyrics really match the tempo of his life.”

Starting in 2015, EduHam began with 20,000 students in New York at Title 1 Schools through a collaboration of Lin-Manuel Miranda, Hamilton producer Jeffrey Seller, NYC Department of Education, Rockefeller Foundation and the Gilder Lehrman Institute of American History. The program developed because Miranda and his father Luis Miranda wanted an educational component to the show, according to Jim Knable, staff writer at the Gilder Lehrman Institute.

Since 2015, EduHam has now been expanded to reach 250,000 students at Title 1 schools in 10 cities across the U.S. through 2020. In my hometown of Chicago, over 32,000 students participated from Chicagoland and the Midwest.

For classes studying American history, EduHam provides teachers with a curriculum to integrate Hamilton and the founding fathers into their classrooms as well as learn about Miranda’s process of using the primary documents to make the show. The Gilder Lehrman Institute “has created student and teacher guides for classroom use and an exclusive website featuring primary sources and videos to facilitate student research. Among the videos are clips from Hamilton and interviews with Lin-Manuel Miranda, selected cast members, and Ron Chernow, whose biography Alexander Hamilton inspired the musical.” The Institute has over 70,000 documents in their collection for use by students, teachers, and the public.

After a few weeks of study, students see the show and have a Q&A with cast members. In the spirit of the musical, students create original works based on the primary sources at the Gilder Lehrman Institute.

On December 4th, students and teachers from 44 schools participated in the final EduHam program in Chicago. The day started with students from 14 schools performing their original works, selected by the schools and facilitated by the Institute.

The performances were astonishing as students performed songs, acted out scenes, or did monologues based around the founding fathers. Several students performed scenes around the Constitutional Convention while another did a poem about Paul Cuffe (1759-1817), an African American businessman, Pan-Africanist, and more.

I was particularly struck by the song about Eliza Hamilton from Ariel Watson from Bloom High School. When I asked Watson about her decision to focus on Eliza, she said, “Not to sound like an oppressed teen, I felt I related to her the most. And also, as soon as I heard about her situation and what she went through, immediately I know a couple lines I could say.”

One line that struck her was a line in the Reynolds Pamphlet where Hamilton says “To my friends, perhaps I owe an apology.” She explained, “I related [that line in my piece] to that, he shouldn’t necessarily be apologizing to his friends, but, more so, his wife.” What a thoughtful and incredibly apt assertion by Watson. 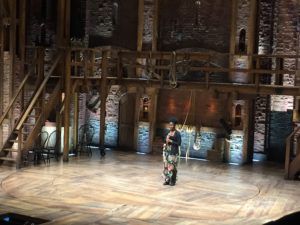 When talking about the importance of the overall program, James Basker, President of the Gilder Lehrman Institute, said: “The magical thing about Hamilton is that it has enabled us to reach kids A) from Title 1 schools, historically the most disadvantaged schools, and B) people who might not be interested or care about history at all. This vehicle, because of the power of the music, lyrics, the whole spectacular show, and the program enables them to master segments of the material — using primary source documents of the founding fathers and putting them into their words, own songs, own poems, own dramatics pieces— taking ownership of the founding era for themselves and revoicing it.”

When asked about the kids performances he saw in Chicago that day, Basker explained: “They put a lot of work into the ideas, in the primary documents and arranged it in a way that was really meaningful to them. Great originality but also great depth of research.” He pointed out how great it was for Veronica Jackson of Prosser Career Academy to have talked about Paul Cuffe: “I love that a student here attached to Paul Cuffe and found on the curated website, in the primary documents, and made the imaginative leap and characterized him on stage.”

I also talked to Jim Knable, staff writer at the Gilder Lehrman Institute, about the impact of the programming.  “It’s drawn a lot of people in to see live theater for the first time,” Knable said, and has “introduced to this history and a way to approach it that makes it really enjoyable and helps get students vested in it.” Moreover, when talking with Chicago high school teachers at an event the night before, he noted: “They’ve taken some of the tools and the approach to teaching history and brought it back to their classroom for other projects beyond this.” One teacher said they brought to their adult-learning classes as well. 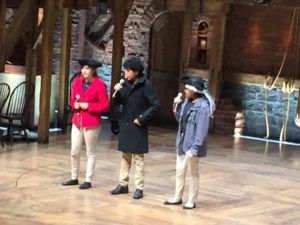 “It was the very best, such a gift,” said Hadley Austin, former teacher in the West Side of Chicago who used the curriculum in her history classroom, It was “a really nice curriculum in a box for teachers, and those are rare.”

While the program may be ending in Chicago as Hamilton closes its run, the Gilder Lehrman Institute will be expanding the program by releasing EduHam online in the fall of 2020. The project is in a pilot phase now but will be open to all schools across the U.S.

It’ll be exciting to see what other programming may arise from shows like Hamilton in the future. The Gilder Lehrman Institute is also working with another Broadway show, What the Constitution Means to Me. But we’ll see what impact EduHam will have on this generation’s relationship to history and creativity.

Want more Hamilton? Check out these books to read after hearing Hamilton or these books about the Schuyler Sisters.