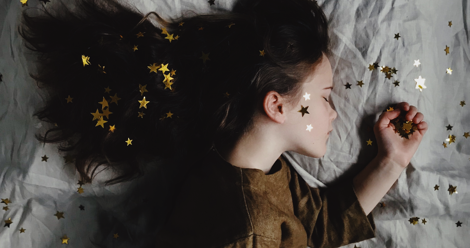 One of the most regularly satisfying aspects of my relationship with my husband is how we introduce each other to new favorites across various forms of entertainment. We’re high school sweethearts, and almost all of our shared interests weren’t things we had in common when we started dating. For example, we were in college by the time I got him playing Neko Case on repeat and he opened my eyes to David Tennant—uh, I mean Doctor Who. Did our innate compatibility facilitate this volleying, or is our compatibility itself the sum of over fifteen years’ worth of shared pop culture? Meh. We prefer to quote Hamilton lyrics at each other rather than examine how we got here.

But when we’d talk about starting a family, we breezed past discussing trivialities like childbirth options and got right to the good stuff: how would we include our hypothetical kid in our appreciation of books, music, film, television, theatre, and art?

When our daughter literally emerged from theory into practice (yup, I’ve just now decided to call my uterus “Theory” hereafter for the sole purpose of poking the “literally” beast with this sentence), this question paradoxically became both more and less urgent. More, because here was a real live human presenting herself for indoctrination. Less, because, dude, she rips up every non-board book she can reach. So even though it’ll be a long while before I can trust her with our favorite trades, I’m thinking concretely about how to introduce her to comics.

My spouse grew up interested in superheroes, but I’m the parent whose childhood included comic books. This makes me really happy, because now I can be her undisputed household expert on something other than female puberty. But replicating my history with comics is nigh impossible. Cue the dissolve… 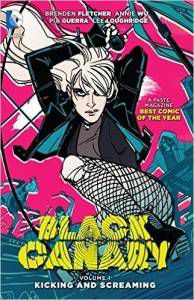 It started with the funny pages. As soon as our Chicago Tribune hit the doorstep, I’d grab the Tempo section and see what Dagwood, Snoopy, Hagar the Horrible, Dick Tracy, and Beetle Bailey were up to. My South American father would translate Condorito for me. If we behaved ourselves at the supermarket, my brother would get a pack of Starburst at the checkout counter and I’d choose an Archie double digest. Today I read xkcd and Black Canary and PHD Comics gets that the struggle is real and how lovely is Soppy?

But we don’t subscribe to the newspaper (most journalists do work that should earn money…we just don’t quite have enough of them dollars). Condorito is sexist AF. Our New York grocery store has nary a comic book. While I was still pregnant, we excitedly splurged on the complete Calvin and Hobbes before we bought a stroller or a crib—then it hit us: the collected strips we used to order off classroom Scholastic flyers as suburban kids aren’t going to reflect her urban childhood back to her. She still might take some inspiration from Calvin’s clear plastic report cover (and I would back her up one hundred percent), but we can’t build avant garde snowmen on our front stoop.

So, new plan: no plan. After all, that’s how it’s always worked with her dad. I didn’t meet him and think, “First, I’ll make him watch The West Wing and then loan him The Time Traveler’s Wife and then he’ll be ripe for the Ramones.” I’m simply going to go about my life and be open about the things I love. The Halloween that she asks why I’m dressed as someone with all the powers of both a squirrel and a girl, I’ll know just the title to hand over as explanation. Or if she inherits my susceptibility to depression, I’ll whip out Allie Brosh. And maybe she’ll find her way to Raina Telgemeier without any nudging at all.

And if she has other interests, that’s cool, too. David Tennant notwithstanding, I don’t have the stomach to watch Jessica Jones with my husband, and he can’t find the time to follow Greg Berlanti’s DC adaptations with me.*

Inexplicably, Iron Maiden is the only music this infant will accept as a lullaby. So I might as well get used to not being able to shape her tastes in my image. Whatever works for her, works for me.

*I’m lobbying hard for him to watch the first season of The Flash at the very least; please comment with your reasons why this simply is the right thing for him to do.