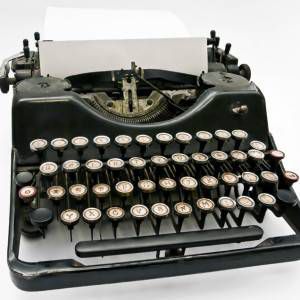 Recently I read two novels that, apart from sharing the same publisher, seemed otherwise unrelated. But as I was reading, I noticed similarities between the two books. Not until I had finished both novels and read the acknowledgements did I understand what had happened. Not only did these two novels share the same publisher, but they also shared the same editor.

When a publisher decides to publish a book, that book is assigned an editor who will work together with the author in revising the manuscript before going to print. Throughout the history of modern publishing, there have been several famous working relationships between editors and authors.

Ezra Pound was the editor of the poem The Waste Land by T.S. Eliot. Pound took Eliot’s satirical poem He Do the Police in Different Voices and molded it into the piece of work we know today.

Whereas Pound and Lish are known for their editorial heavy-handedness, there are editors whose impact is subtler. One of those editors was Maxwell Perkins, who worked with authors such as F. Scott Fitzgerald and Ernest Hemingway. Perkins played an important role in the development of novels such as The Great Gatsby and The Sun Also Rises.

Even though a book has only the author’s name on its cover, the novel as a finished product is the result of a collaborative effort between the author and the editor. The relationship of an author and an editor is a give-and-take situation between two individuals working together to serve the telling of a story. This give-and-take situation is crucial to the development of the book that we—the readers—will pick up and immerse ourselves in.

Perkins once said that an editor should strive for anonymity, not add anything to the book he is editing, and instead serve as the author’s handmaiden. In the two novels I just read, I sensed the presence of the editor, lurking behind the words. I have returned the novels to their place on my bookshelf, but whenever I walk past them I ask myself: Whose story do they tell?