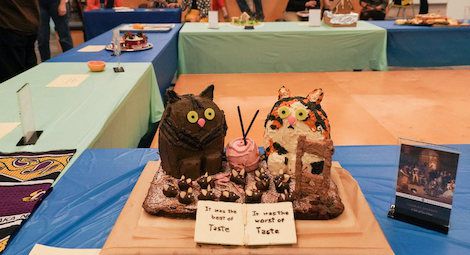 Sponsored by The Perfect Girlfriend by Karen Hamilton. Published by Graydon House Books.

So how does the billionaire book lover remember what he reads? The trick, he says, is context.

“If you read enough, there’s a similarity between things that make it easy, because this thing is like this other thing. If you have a broad framework, then you have a place to put everything,” Gates says in the Quartz video, “How Bill Gates remembers what he reads.”

How Bill Gates remembers what he reads. This…doesn’t sound especially simple to me.

Poet and essayist Claudia Rankine has written and published three books with Minneapolis’ Graywolf Press, including the National Book Critics Circle-winning “Citizen: An American Lyric,” which was a New York Times best-seller.

Graywolf announced today that Rankine’s fourth book with them, “Just Us: An American Conversation,” will be published in September 2020.

All of the grabby hands!