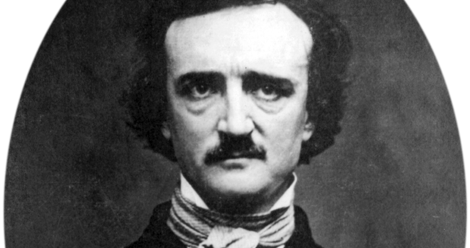 Once again it’s the Holiday Season, a time of joy, cheer, presents, family gatherings, and so, so much food. This has oft been called the most wonderful time of the year. Many of us, however, are just counting down to when it will be Halloween again, wondering how October passed by so fast. To get you through your post-Halloween slump, I’m here to offer you a sampling of the best Edgar Allan Poe quotes from perhaps the Halloweeniest authors of all time.

May the thoughtful and often macabre insights into love, death, madness, and more from one of America’s most famous authors help get you through the holidays! 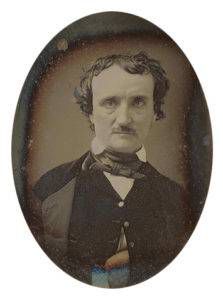 “The death of a beautiful woman is, unquestionably, the most poetical topic in the world.” —”The Philosophy of Composition”

“Deep in earth my love is lying/And I must weep alone.” —A couplet

“To die laughing must be the most glorious of all glorious deaths!” —“The Assignation”

“The boundaries which divide Life from Death are at best shadowy and vague. Who shall say where the one ends, and where the other begins?” —”The Premature Burial”

“Come! let the burial rite be read–the funeral song be sung!—An anthem for the queenliest dead that ever died so young—A dirge for her the doubly dead in that she died so young.” —”Lenore”

“Thank Heaven! the crisis—The danger is past, And the lingering illness, Is over at last—And the fever called “Living,” Is conquered at last.” —”For Annie”

“I was never kinder to the old man than during the whole week before I killed him.” —”The Tell-Tale Heart”

“There is something in the unselfish and self-sacrificing love of a brute, which goes directly to the heart of him who has had frequent occasion to test the paltry friendship and gossamer fidelity of mere Man.” —”The Black Cat”

“Because I feel that, in the Heavens above, The angels, whispering to one another, Can find, among their burning terms of love, None so devotional as that of ‘Mother.'” —”To My Mother”

“Yes, I now feel that it was then on that evening of sweet dreams—that the very first dawn of human love burst upon the icy night of my spirit. Since that period I have never seen nor heard your name without a shiver half of delight half of anxiety.” —a letter to Sarah Helen Whitman

“For passionate love is still divine / I lov’d her as an angel might / With ray of the all living light / Which blazes upon Edis’ shrine.” —”Tamerlane”

“It is by no means an irrational fancy that, in a future existence, we shall look upon what we think our present existence, as a dream.” —“Marginalia”

“Deep into that darkness peering, long I stood there, wondering, fearing, doubting, dreaming dreams no mortal ever dared to dream before.” —”The Raven”

“And all my days are trances / And all my nightly dreams / Are where thy grey eye glances / And where thy footstep gleams— / In what ethereal dances / By what eternal streams.” —”To One in Paradise”

“Although I saw that the features of Ligeia were not of a classic regularity—although I perceived that her loveliness was indeed ‘exquisite,’ and felt that there was much of ‘strangeness’ pervading it, yet I have tried in vain to detect the irregularity and to trace home my own perception of ‘the strange.'” —”Ligeia”

“It was a freak of fancy in my friend…to be enamored of the night for her own sake; and into this bizarrerie, as into all his others, I quietly fell; giving myself up to his wild whims with a perfect abandon.” —”The Murders in the Rue Morgue”

“Men have called me mad; but the question is not yet settled, whether madness is or is not the loftiest intelligence…” —“Eleanora“

“I was never really insane, except on occasions where my heart was touched.” —a letter to Maria Clemm

“I became insane, with long intervals of horrible sanity.” —a letter to George W. Eveleth

If you still need more Edgar Allan Poe to help you through the cold months ahead, behold these striking portraits of the author, or follow this guide to what of Edgar Allan Poe’s work you should pick up next. Or check out these interesting facts about one of Poe’s most famous poems “The Raven.”