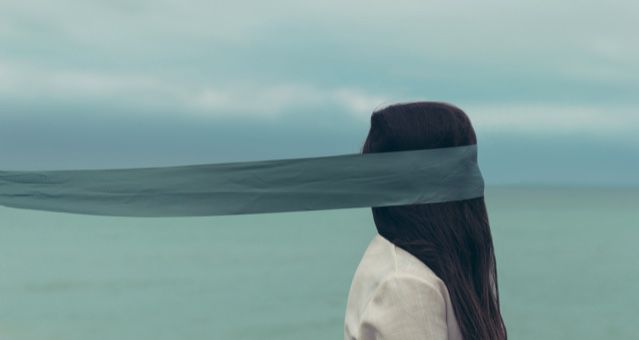 This post on Edgar Allan Poe poetry is sponsored by Flatiron Books, publishers of His Hideous Heart, a collection of 13 of Edgar Allan Poe’s most unsettling tales reimagined.

When he was 20 years old, Edgar Allan Poe (1809–1849) wrote “Alone,” considered by esteemed Poe scholars as one of his greatest poems.

“Alone” is the most personally revealing of all Poe’s poetry: it conveys the alienation Poe experienced from society and from his friends, his preoccupation with death and the superstitious, Poe’s sadness at the extremities of his life, and the sorrowful realization that he is incapable of change: his destiny was seen in the heavens above.

From childhood’s hour I have not been
As others were—I have not seen
As others saw—I could not bring
My passions from a common spring—
From the same source I have not taken
My sorrow—I could not awaken
My heart to joy at the same tone—
And all I lov’d—I lov’d alone—
Then—in my childhood—in the dawn
In a most stormy life— was drawn
From every depth of good and ill
The mystery which binds me still—
From the torrent, or the fountain—
From the red cliff of the mountain—
From the sun that ‘round me roll’d
In its autumn hint of gold—
From the lightning in the sky
As it pass’d me flying by—
From the thunder, and the storm—
And the cloud that took the form
(When the rest of Heaven was blue)
Of a demon in my view—

Poe sees the demon—while the rest of us saw a blue heaven. At 20 years old, Poe’s awareness of his deep alienation was the beginning of his brilliant literary career that produced over 50 poems, 77 short stories, and innumerable essays.

Poe began his literary life as a poet. Some of these great poetic works, especially “The Raven,” “Annabel Lee,” and” The Bells,” have become embedded in the consciousness of Poe readers. It is the rhythm, the meter that makes Poe’s poetry brilliant and distinctive.

The repetition of rhyming words, phrases repeated within the same line, a sonorous and compelling poetic voice that plays on the readers’ emotions from terror to sadness and joy and back again to terror is what defines Poe’s poetry. Has anyone not shed a tear—real or imaginary—when first reading “Annabel Lee” and the love that was envied by angels?

Indeed, Poe developed strict rules for poetry and perceived poetry to be “the rhythmical creation of beauty.”

Is it possible Poe’s obsessions with death and beauty can be tracked back to his turbulent childhood? Unfortunately, Poe’s childhood evolved into a chaotic and sometime self-destructive adolescence and adulthood. Alcohol was the friend who helped when Poe needed to deaden his senses against the tragedies of his life.

Poe was born in Boston, 1809. His father, David Poe, was an alcoholic actor and the son of a Revolutionary War hero. David Poe abandoned young Edgar and his wife, Elizabeth, a popular stage actress, shortly after Edgar’s birth. When he was two years old, Poe became an orphan when Elizabeth suffered an untimely death.

Poe was fortunate to find a benefactor, John Allan, and went to live with the wealthy tobacco merchant in Richmond, Virginia.

Then came expulsion from the University of Virginia for drinking and gambling debts—which John Allan refused to pay. Poe’s next move was to  join the army, then enrolling in West Point to become an army officer.

Poe’s West Point career was cut short from his refusal to attend chapel and avoiding classes. Poe then settled in Baltimore with his paternal aunt, Maria Clem, and his 8-year-old cousin, Virginia, whom Poe would marry when she was 13.

Poe would move to the Bronx, New York, Philadelphia, and finally to Baltimore, and wrote for several literary magazines and journals. Towards the end of his all too brief life, Poe was able to support himself on his literary works—selling his autograph and giving lectures and readings.

Let us revel in the poetry of the brilliant Edgar Allan Poe excerpted below. Death and revelation, obsessive love accompanied with premature death, beauty and despair, have never  sounded better.

Spirits of the Dead

Be silent in that solitude,
Which is not loneliness—for then
The spirits of the dead, who stood
In life before thee, are again
In death around thee, and their will
Shall overshadow thee; be still.

The night, though clear, shall frown,
And the stars shall not look down
From their high thrones in the Heaven
With light like hope to mortals given,
But their red orbs, without beam,
To thy weariness shall seem
As a burning and a fever
Which would cling to thee for ever. 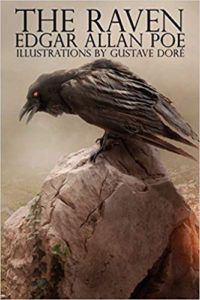 Once upon a midnight dreary, while I pondered, weak and weary,
Over many a quaint and curious volume of forgotten lore—
While I nodded, nearly napping, suddenly there came a tapping,
As of some one gently rapping, rapping at my chamber door.
“’Tis some visitor,” I muttered, “tapping at my chamber door—
Only this and nothing more.’”

Deep into that darkness peering, long I stood there wondering, fearing,
Doubting, dreaming dreams no mortal ever dared to dream before;
But the silence was unbroken, and the darkness gave no token,
And the only word there spoken was the whispered word, “Lenore!”
This I whispered, and an echo murmured back the word, “Lenore!”
Merely this, and nothing more.

Back into the chamber turning, all my soul within me burning,
Soon I heard again a tapping somewhere louder than before.
“Surely,” said I, “surely there is something at my window lattice:
Let me see: then, what threat is, and this mystery explore—
Let my heart be still a moment and this mystery explore;—
’Tis the wind and nothing more!”

But the raven, sitting lonely on the placid bust, spoke only
That one word, as if his soul in that one word he did outpour.
Nothing farther then he uttered—not a feather then he fluttered—
Till I scarcely more than muttered “Other friends have flown before—
On the morrow he will leave me, as my hopes have flown before.”
Then the bird said “Nevermore.”

Startled at the stillness broken by reply so aptly spoken,
“Doubtless,” said I, “what it utters is the only stock and store
Caught from some unhappy master whom unmerciful Disaster
Followed fast and followed faster till his songs one burden bore—
Till the dirges of his Hope that melancholy burden bore
Of ‘Never—nevermore.’”

But the raven still beguiling all my sad soul into smiling,
Straight I wheeled a cushioned seat in front of bird, and bust and door:
Then, upon the velvet sinking, I betook myself to linking
Fancy unto fancy, thinking what this ominous bird of yore—
What this grim, ungainly, ghastly, gaunt, and ominous bird of yore
Meant in croaking “Nevermore.”

And the raven, never flitting, still is sitting, still is sitting,
On the pallid bust of Pallas just above my chamber door;
And his eyes have all the seeming of a demon’s that is dreaming,
And the lamp-light o’er his streaming throws his shadow on the floor;
And my soul from out that shadow that lies floating on the floor
Shall be lifted—nevermore!

Hear the sledges with the bells—
Silver bells!
What a world of merriment their melody foretells!
How they tinkle, tinkle, tinkle,
In the icy air of night!
While the stars that over sprinkle
All the Heavens, seem to twinkle
With a crystalline delight;

Hear the mellow wedding bells—
Golden bells!
What a world of happiness their harmony foretells!
Through the balmy air of night
How they ring out their delight—
From the molten-golden notes
And all in tune,
What a liquid ditty floats
To the turtle-dove that listens while she gloats
On the moon!

Hear the tolling of the bells—
Iron bells!
What a world of solemn thought their monody compels!
In the silence of the night
How we shiver with affright
At the melancholy meaning of the tone!
For every sound that floats
From the rust within their throats
Is a groan.
And the people—ah, the people
They that dwell up in the steeple
All alone.