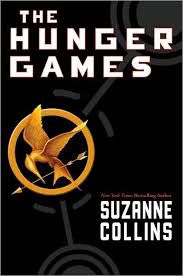 When it comes to politics, there’s nothing like dystopian YA books to hold up a mirror to life. In the oh-so-exciting 2016 American election cycle, the line between fiction and reality might have started to blur. Are these 10 classic dystopian YA elements really so different from the 2016 U.S. election cycle?

1. When you come of age, you must choose your Group. Everyone must belong to a Group. Not belonging to a Group is a type of Group. These are your people now. You will agree with them and do as they do. If you must fall into a love triangle, do it within your Group. Failure to follow Group directives will result in social exclusion and greater scrutiny.

4. The Hero will Change Everything. The Hero will be different, but not, like, too different. Still straight and probably white. You know, relatable. Marketable. The face of a movement propelled by the masses.

5. The masses have been assigned Identification by the Government. The Government must know who you are. That is imperative. You have likely been tracked since birth. If you fail to produce Identification, your rights are forfeit. You are now considered a threat. Do not Pass Go. Do not collect $200.

6. The masses are divided into Districts. There is great inequality among the Districts. As a result of history long past, Districts have been drawn along the lines of inequality. It sucks, but what can you do? You will likely be trapped in your District, unless you are a Hero or an Elite.

8. No one knows what lies beyond the Border. There is a vast Border encircling your land. No one really knows what goes on outside that wall. Are we even sure there IS anything out there? The screens certainly don’t think so. We are the only thing that exists.

9. Undercuts are in vogue. See: Natalie Dormer in The Hunger Games movie. There is no Revolution without a sweet haircut. Get thee to a barber shop or someone who owns a rusty pair of contraband scissors.

10. The story will end. The Hero will lead a Revolution that may or may not accomplish anything. Regardless, the story is over… that is, until the sequel.