Aaaaaaand we’re back with Volume III of our Jersey Shore Booktionary (check out last week’s installment and the first installment).

translation: the machoist, manliest book you can think of

JO: I’m going to cheat a little and go with a pair of books by James Salter: The Hunters and A Sport and a Pastime. The first of these I recommended last week, and it fills the dudes-compete-with-each-other-then-kill-other-dudes slot. A Sport and a Pastime is a dead-sexy book about driving convertibles around France and doing French girls. Plus, you get the spare, brawny prose of Hemingway, but without all the impotence and getting killed in the Spanish Civil War.

RJS: A friend recommended I take A Sport and a Pastime to read on my honeymoon, and I still can’t decide if I should thank him (because it IS really hot) or send him a “What kind of girl do you think I am?” note. Me-ow. Since I cited Phillip Roth last week, I’ll holler at my boy Adam Ross this time around. Mr. Peanut is dark dude lit on ‘roids in the best possible way. Hitchock references? Check. Men fantasizing about killing their wives? Check. Ross gets *way* into the heads of his male characters and made me both attracted to and terrified of them.

JO: No shit. Mr. Peanut made me attracted to and terrified of myself.

JO: This one is pretty easy for me. I thought Love by Toni Morrison was a real head-scratcher. It’s her most misanthropic and claustrophic novel; the main relationship is so poisonous as to make the book an extremely uncomfortable reading experience. I do like that she did something different, but in Morrison’s case I’m not sure that I want different.

RJS: I wholeheartedly agree re: Love. I took a Morrison seminar in college for which we read all of her novels in order, and at the time, Love was the last one. Talk about ending on the wrong note! After the amazeballs-ness of the pseudo-trilogy that is Beloved, Paradise (my favorite), and Jazz, Love was a huge letdown. I can’t believe I’m about to say what I’m about to say, but the grenade grundle chode of my reading life was John Irving’s Until I Find You. I love me some John Irving, but god, this book was bad. It’s several hundred pages too long, transparently autobiographical in ways that made me incredibly uncomfortable (I mean, don’t we already know enough about Irving’s quirks and predilections?), and it just seemed sort of, I don’t know…desperate.

JO: Ah yes, the stink of desperation. I think there is something about feeling like an author is struggling to be good and failing that makes for an especially uncomfortable grundle chode experience.

RJS: Is there such thing as a comfortable grundle chode experience? Oh, the existential questions raised by GTR (gym, tan, read, natch).

meatball (n.)—a woman who is short and stout, much like Deena, Snooki, or a little teapot

translation: a small book that packs a powerful punch

JO: I read Blackwater by Joyce Carol Oates in one sitting about six years ago, and I still think about it regularly. It is a fictional account of the night Mary Jo Kopechne drowned in the car of Ted Kennedy at Chappaquiddick. Unlike a lot of meatball novels, this one isn’t about surprise; it’s about the feeling you get when you know something terrible is going to happen, you just don’t know how.

RJS: There’s some of that in Justin Torres’s We the Animals, too. If there were an award for The Meatball Book of Fall 2011 (and why isn’t there?), Torres would get it. Herve Le Tellier’s Enough About Love is so short it’s practically a novella, but its examination of relationships and infidelity packs an unforgettable and oh-so-French punch. Oh, and American Music by Jane Mendelsohn. I always describe it as “the good parts of The Time Traveler’s Wife meets Gabriel Garcia Marquez,” and I can’t recommend it enough.

JO: Oh totally forgot about We the Animals. Seconded for meatball status.

cabs are here: the exclamatory phrase used to declare the arrival of one’s already paid for designated driver, who will likely provide transportation to b.e.d., Klutch, and on special occasions, Space (all clubs the cast of Jersey Shore visit regularly)

translation: a debut novel that announces the arrival of a major new talent

JO: I think I made at least a dozen people read Everything is Illuminated in the Fall of 2002. I couldn’t believe the book. Never read anything like it, and I haven’t since. To this day, if someone who doesn’t read a lot asks me what they might like, I spring this on them like a lion with a tapeworm. 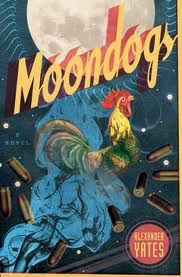 Fermented agave for the mind

RJS: We’ve gushed about Karl Marlantes and Matterhorn aplenty already, but I just can’t leave it off this list. There’s a thoughtfulness and depth to Marlantes’s writing that makes me think we’re seeing someone whose work is going to make a lasting mark on American letters. Life of Pi was a fantastic debut that made me expect great things (but we all know how that turned out). So, my final response is Moondogs by Alexander Yates. The writing is terrific; the story is a genre-busting riot of creativity and fun; there’s a secret team of soldiers with superpowers; and one of the villains is a rooster. I loved everything about it.

JO: Oh man, Moondogs is like a shot of tequila directly in your eyes. It’s a helluva ride.

RJS: Right? I spent weeks trying to decide what my bruha power would be after I read it.

herpe (n.)—a single cold sore that can tarnish a good time with its presence

translation: a literary pet peeve that, should it appear in a book you are reading, seriously jeopardizes your ability to enjoy that book

JO: Just once, I’d like to read a novel with a male academic as a central character that didn’t even suggest the possibility of a romantic relationship with a student. This is beyond cliche at this point; it’s lazy and sensationalist. A lot of great writers are guilty of it, from Zadie Smith to J.M. Coetzee, but it needs to end.

RJS: Nothing ruins a potentially good book for me like an unnecessary plot twist. I’m looking at you, Naseem Rakha. The Crying Tree had a handful of things going for it until it turned out that SURPRISE! one of the main characters was gay and that this revelation re-framed everything we had learned up to that point. Ditto giving an otherwise conservative female character a lesbian awakening as shorthand for “Look how much she’s changed!” It’s lazy, and the accompanying sex scenes are almost always painfully bad.

JO: I’m no queer theorist, but there’s also something about that particular tactic that seems….exploitative. This definitely needs some sort of topical steroid that will make it go away in 5-7 days.

JO: Linked short stories. With the recent Pulitzer win of A Visit From the Goon Squad, this is the literary technique of the moment. It’s not a new device (hell, The Decameron is 1500 years old), but something about our cultural moment makes it seems fitting, something about the fragmented nature of mass culture and the desire to make connections between the various parts. That or we all need Adderall. Weirdly, the counter-trend is the popularity of the epic fantasy series (see Game of Thrones, Hunger Games, Harry Potter, The Passage, and so on).  This is sort of like the contradiction that is the concurrent popularity of The Jersey Shore AND Mad Men.

RJS: The plural narrator seems to be getting a lot of love these days, though I’m not sure why we’re all acting like it’s a new idea. I love it when it’s done well (see: The Virgin Suicides), but I think you hit on something important with your note about The Decameron, Jeff. We like to think that fiction is constantly evolving, but I’m starting to wonder if literary fashions are as predictably cyclical as sartorial ones.

JO: Right, it’s not like the plural narrator doesn’t go back to the chorus in Greek tragedy or anything. OH WAIT. Also, I’ve decided I hate the plural narrator. Implicit in the technique is the idea that a group of people experience something in precisely the same way and think the same things about that experience. This struck me in The Fates Will Find Their Way, when the plural narrators were a bunch of teenage boys, and the picture of teenage boydom was so flat and predictable that I wanted to get out my 20-sided dice and play a round of Dungeons and Dragons in protest. Ok, rant over. For now….

RJS: Wow. I don’t know what to make of that revelation you just dropped. You know what’s missing from this series? A literary technique we want to see more of. Second-person narration, come to me! 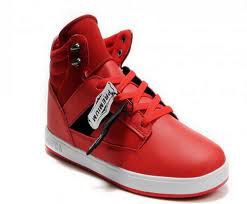 Alright, one volume left. Tune in next week for fugazis, t-shirts, and shirts-bef0re-the-shirts.