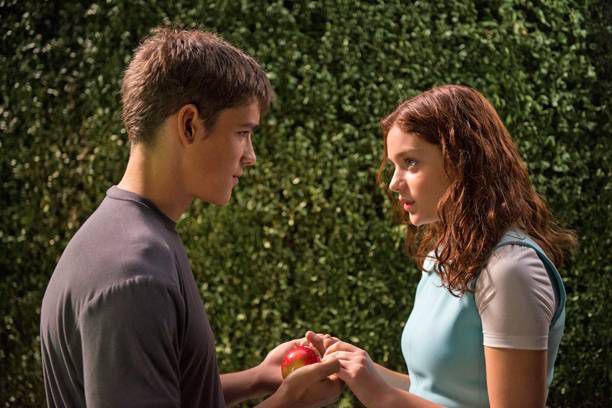 When I heard that CBS had a series commitment for a Supergirl TV show, I may have screamed a little.

At my desk. At work.

Then, it’s entirely possible I had to go for a quick walk around the block to burn off some of the excess energy.

See, Supergirl is my all-time, 100% favorite comic book character always and forever, and a show about her is like Christmas, my birthday, and Miracle Monday all rolled into one. And so far, pretty much everything I’ve heard has been good. Like the fact that it’s co-produced by two women – the comic bookishly alliterative Ali Adler and Sarah Schechter – when as of this writing Supergirl’s only ever had one female writer on her book (Kelly Sue DeConnick) in her 55-year history. (Fellow producer Greg Berlanti, of Arrow and Flash fame, is also a good thing.) Or that it seems to be mainly about her relationship with her sister, a potentially Lex Luthor-esque figure. Or the inclusion of Jimmy Olsen, who I adore with a slightly embarrassing fervor.

Now, for some weird reason I haven’t been consulted about the casting, even though my inexplicable love for Disney and Nick kidcoms from 2006-2012 means I am totally up on the best and brightest mid-twenties actors desperate to get out of kids’ TV. But just in case the Supergirl team reads Panels (and they should), here are my suggestions:

Disappointingly, the casting call for Kara specifies white actresses only. Some of the other white-in-the-comics characters they’re looking for have race-blind casting notices, but casting Supergirl, the queen of all-American wholesomeness and Mom’s apple pie, with an actress of color would’ve been an even bolder and frankly awesome step. Still, there are a few actresses who fit the notice who I think could kick three very different kinds of ass in the role:

Katelyn Tarver’s got that fresh-scrubbed Midwestern thing going on, and completely rocked the America’s Sweetheart thing on Nickelodeon’s Big Time Rush, the best kids’ show you didn’t watch. (Plus she can sing, and y’all know how I feel about superhero musicals.) Caity Lotz is great at busting heads over on Arrow but looks like she’ll have some free time over the next indefinite while (no spoilers!), plus she’s completely adorable, which is an A-plus Supergirl quality. Mae Whitman might be a bit of a dark horse in this race, but she’s gotten more of a chance to prove her acting chops than the other two, and would be great as a slightly more wry, acerbic Supergirl.

I was rooting for this show to use Lena Thorul, Lex Luthor’s long-lost sister/Supergirl’s sometimes-bestie, but making the scientific ally with the intensely complicated relationship Kara’s foster sister is a beautiful way of cutting out the middle man. Ashley Tisdale has owned every frenemy role she’s ever had (read: all of her roles); have her go brunette to contrast with Kara and you’ve got your devoted, conflicted sister.

I’m sorry to horrify you with these two bits of news, but a) Michael Rosenbaum is 44 and b) Parks and Recreation is ending this season. Don’t worry, we’ll get through this together…especially with good ol’ Rosey and Amy Poehler as Kara’s ever-loving foster parents. After all, Supergirl is supposed to be a wish-fulfillment character, and can you imagine better parents than these? Besides, with John Wesley Shipp Flashing it up as Barry’s dad over on the CW, CBS has got to step up its parental stunt casting/Hot Dad game. #TEAMFREDNA

When I read that the show’s Jimmy Olsen is an “alpha male type” that Kara moons over I had to put my head down on my desk and giggle for a while. But I love me some James Bartholomew Olsen, so bring on the hot hipster action with Avan Jogia. Look how hot! Look how hipster! Give that man a camera!

Cat Grant is another supporting Superman character who I was delighted to see will be a major player; rather than the ditz treatment she sometimes gets in the comics, she’s a CEO on the show, with Kara as her personal assistant. Yesss. The show is looking for a woman in her 40s who is “J-Lo meets Anna Wintour.” Charisma Carpenter was born to play this role (and knows a thing or two about genre TV).

The show is also casting supporting players Hank “Cyborg Superman” Henshaw and Winslow “Toyman” Schott, but as far as I’m concerned there can be no Hank Henshaw performance more moving than Elijah Wood’s, and no one cares about Toyman. I’m more interested encouraging the show to use the following characters:

A girl needs friends besides her sister. Alex may have kryptobiology covered, but Keke Palmer can bring the tech as Natasha “Steel” Irons (if we can ignore Superman, we can ignore Natasha’s uncle too). And Malese Jow has been snatched up as The Flash’s Linda Park, but until that show musters up a Wally West for her to marry I don’t see why she can’t moonlight as a magic-making Traci Thirteen on Supergirl. (Sidenote to producers: either of these ladies would also kill it as Kara!)

I don’t know how you’re going to do Superboy without Superman. Maybe he’s a clone of Kara? Maybe he’s actually Mon-El? Maybe he’s Mxyzptlk in a really clever disguise? But I have a feeling if we put James Maslow in a test tube with his shirt off, no one will quibble over the details.