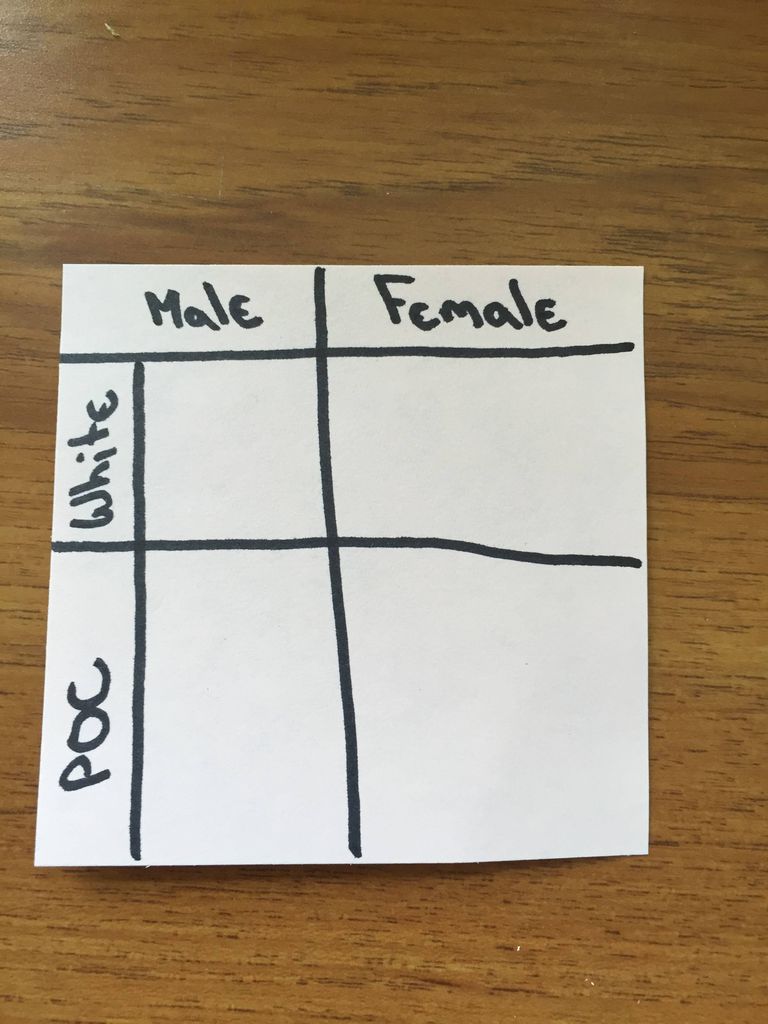 Okay, so remember last week when I said that I have a serious love for Spider-Man and the broader Spider-Verse? Well, it’s true. And ever since the Marvel Studios/Sony Spider-Man joint production deal was announced last year, I’ve had one Spider-Project I’ve wanted to see above all others: an MCU Spider-Verse.

In case you missed it, Spider-Verse was a 2014-2015 event that brought together “every Spider-Man ever” (well, almost), along with practically every other spider-themed hero in the Marvel Universe. It was a lot of insane fun, and it brought us some spectacular new characters, like the Unfridgeable Spider-Gwen (yeah, I know no one else calls her that, but you can’t make me stop without an injunction).

What I love about the idea of a Spider-Verse movie is that it allows Marvel and Sony to bring together the prior Spider-Man film franchises; to recognize what’s come before, while still moving forward. We can see Tobey Maguire, Andrew Garfield, and Tom Holland on screen together, and they can all be Spider-Man. (Spider-Men?) Plus, it’s a great way to introduce some of the less well-known members of the Spider-Family.

I’m not going to cast everyone in the crossover, because frankly that’s insane. There are a lot of characters that could be included, but that I’m leaving out (Spider-UK, Spider-Man Noir, Lady Spider, etc.). I also going to leave out most of the supporting cast, since I expect Marvel would just use whomever they hire for the forthcoming Spider-Man film. Anyway, here goes:

Okay, this one is a gimme, since he’s the guy currently under contract to play Peter Parker for Marvel Studios. But, hey, he’s got the right look, so it’s all good.

This is Spider-Verse, remember? So, we’ve got more than one Peter Parker. Garfield will play the same Peter Parker/Spider-Man he did in the Amazing Spider-Man series. (I promise we’re almost done with the gimmes.)

Maguire will play his character from the Sam Raimi Spider-Man franchise. Except, it’s been a few years. He and Mary Jane (we’ll get to her in a second…) got married, had a daughter (her too), and maybe he had a debilitating injury that made him retire from being Spider-Man. Basically, Maguire becomes the MCU equivalent of the MC2 Peter Parker. (Added bonus: if Maguire is reticent to put the tights back on, they can woo him with the promise of an awesome/heroic death scene before the opening credits.)

Kirsten Dunst was one of the absolute best things about the Sam Raimi trilogy, so obvi she’s coming back for this. Unlike the MC2 Mary Jane, though, Dunst’s won’t be a fashion designer, since her character was more an actor than a model; instead, she’ll be splitting her time between Broadway and NYC-filmed television. In my head canon, Mary Jane now has a recurring role as a judge on The Good Wife that she fits in around her theatre schedule. (Please, Marvel, make that happen—I really want to see her interact with Eli Gold!)

I don’t know who made an unholy deal with Cthulhu to bring us the amazingness that is Maisie Williams, but she needs to be in all the things. Also, she’s got the right intensity for the royally pissed off Mayday Parker that Spider-Verse needs.

Introduced during J. Michael Strazcynski’s run on Amazing Spider-Man, Ezekiel is a mysterious businessman who also exhibits spider powers. Ezekiel teaches Peter about nature of spider totems and explains that they are being hunted by the extra-dimensional Morlun. Basically, Ezekiel is a mysterious jerk who tells Peter what to do, while only gradually explaining himself. And you know who’s absolutely fantastic at playing domineering jerks? Bryan Cranston. Even in a room full of Spider-People, Cranston would dominate the room, and you wouldn’t question why they were all listening to him.

Anya Corazon was a typical NYC teenager until she got caught up in the shenanigans of the secret Spider Society (which I’ll just simplify and describe as “Ezekiel’s organization”) and became the superhero Araña (though she later changed her name to Spider-Girl due to pressure from editorial—I mean, her friends! Pressure from her friends, and definitely not from editorial). My pick: 17 year-old Spanish-Cuban actor Amber Montana, formerly of Nickelodeon’s The Haunted Hathaways.

One of the most recent additions to the Spider-Family, Cindy Moon was bitten by the same spider that bit Peter Parker, only to be whisked away immediately by Ezekiel “for her protection”. Cindy then spent umpteen years living in what was basically a bomb shelter, with no contact with her family or friends, before being released by Peter in the run-up to Spider-Verse. Now, I know Jamie Chung (who you might know as Mulan on Once Upon a Time) is a bit older than Tom Holland, but I don’t think that’s necessarily a problem: she could easily have been a grad student working in the lab where the accident happened.

(Yes, I know this dreamcast is slowly morphing into a film treatment. YOU CAN’T STOP ME.)

Gonna be honest for a second: I was slightly tempted to put Tatiana Maslany down for every single role on this dreamcast with the comment “PROVE ME WRONG.” But, instead, I chose her for Jessica Drew, the first and best Spider-Woman. Again, PROVE ME WRONG.

One last gimme for old-time’s sake. Remember how the absolute best thing in the Amazing Spider-Man movies was Emma Stone as Gwen Stacy, and the absolute worst thing was [SPOILER ALERT] when Gwen died? Well, the beauty part of Spider-Verse is that while that Emma-Gwen died, there’s an alternate universe where Gwen survived and became Spider-Emma, I mean Spider-Gwen, I mean Spider-Woman.

Yeah, I know Miles is supposed to be younger than Peter, but bear with me for a second. I—and probably all of you—assume Marvel is planning to save Miles for when Tom Holland gets a little older, but they don’t want to recast the role for the forty-second time, so they bring in Miles. Problem solved. But, Tom Holland is still a spring chicken and the day when we get a young Miles is probably like ten years away. In the meantime, what about an “Old Man Miles Morales”, where “Old Man” means “four years younger than me”?

Okay, I’ll be honest: mostly I just want to let Donald Glover play Spider-Man. The guy’s been aching for the role forever. If we’re talking about a movie with more Spider-People than you can shake a stick at, let’s make some room for him! Plus, imagine the inevitable scene of Peter watching pre-tween Miles running around with his pals, while mourning the brutal death of “Old” Miles. Again, this movie treatment writes itself.

One last spider: Diego Boneta as Miguel O’Hara, the Spider-Man of the year 2099. You might recognize Boneta from the first season of Scream Queens or from the Mexican teen soap Rebelde. And while I don’t recall Miguel ever breaking into song, Boneta can sing (he’s recorded two albums), which should come in handy if the producers suddenly decide Spider-Verse needs to be a musical.

While the Spider-Verse event featured the entire family of Inheritors, I think a movie would work much better with just Morlun (or, at least, with the focus on Morlun). Too many villains almost always means a muddled plot. But who to play Morlun? I vote Viggo Mortensen in Eastern Promises mode.

And there’s your Spider-Verse dreamcast. Now go forth and cast these people, because I would like to watch this movie already. It’ll be done by the time this popcorn is done popping, right?