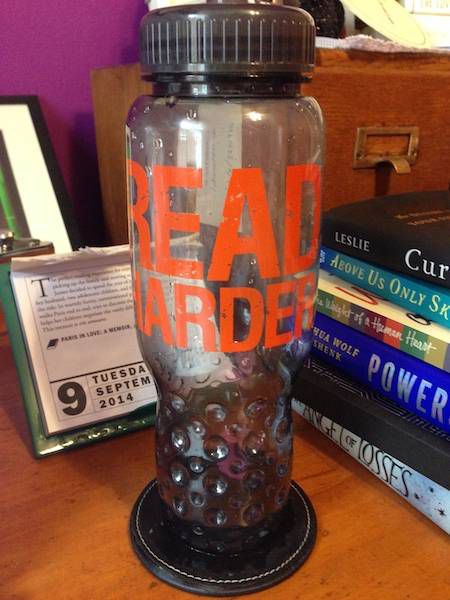 I say seriously because honestly, I’m not sure a big time Hollywood studio could ever even bring the magnificence that is Saga to the big (or little) screen. So without further ado:

Marko makes up half of our star cross’d lovers. He’s at times adorable and at times utterly terrifying (do yourself a favor: don’t threaten his family, he will jack you up.)

Alana is the other half of the aforementioned lovers. She’s a fighter and a seriously ferocious Mama Bear (though not to be confused with Bear Nurse).

Our favorite noncorporeal babysitter! Dead, mostly. But sassy and smart and exactly what our little family needs.

The first and favorite freelancer on the job. Who else could it possibly be? I mean, honestly.

Robot. PTSD. Hunter. Soldier. I’m imagining he’ll have to have a great voice.

Marko’s jilted ex-fiance who eventually ends up using and then falling in love with The Will. (It all happens very quickly.)

The scariest freelancer IMO (based on looks AND ability).

Tabloid journalists who have a hot tip on a Wing and a Moonie who may have run off together.

He only wrote the best book that’s ever been written in the history of this goddamn war, okay?!

Or the greatest cat in the history of comics.

There are so many fun characters in the comics to cast, and I definitely didn’t get to all of them so share your thoughts in the comments!