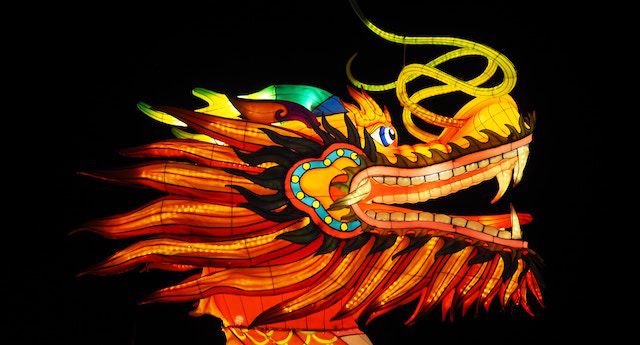 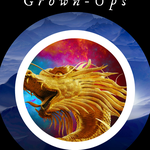 If you already admit that you love dragons, then you’re all set. Also, if you happen to not be a child or teenager, these books will likely be ideal for you. Why should kids have all the draconic fun? Come on in. 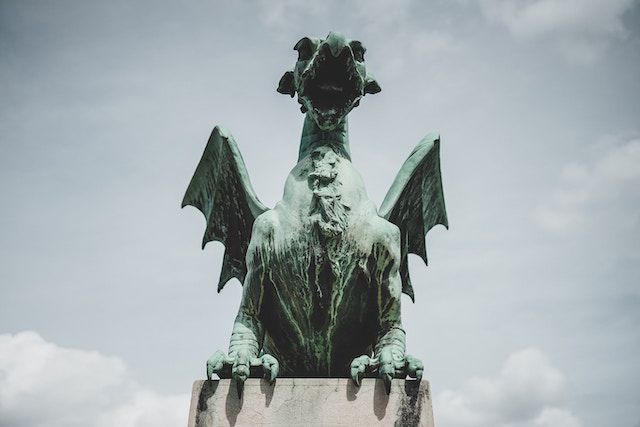 Coiling Dragon by Wo Chi Xi Hong Shi, translated by Ren Wo Xing

A noble house fallen into decay may have another chance at greatness when its scion, Linley, finds a ring carved like a coiled dragon. Little does he know, but the ring holds vast, even unimaginable power! An action-packed crowd-pleaser, this Chinese fantasy novel will keep you up all night.

Dragon and Thief by Timothy Zahn

The K’da are space dragons. That may sound badass, but they also happen to be parasites who can’t survive without a host. Draycos, a skilled warrior, and Jack, a lowlife, wind up together in the wrong place at the wrong time. Before you know it, they’re bonded and off to adventure, righting wrongs and saving the galaxy before whoever has it in for Draycos’s people comes back to finish the job!

This is a book about dead dragons—or, at least, dragons we’re pretty sure are dead. Ward has had to keep his head down for most of his life so that his dad wouldn’t kill him, but now he’s lord of Hurog and his uncle is the controlling regent. Ward’s got to find a way to prove himself worthy of taking the throne, and a previously unknown pile of dragon bones might be just the political chess piece he needs to make it happen. Obviously, when dragons are involved, things get complicated.

Dragons kidnapping librarians to lands where they’re VIPs? Oh man. Of all the books on this list I’d most like to be real, this is right at the top. Especially since most of the librarians I know are nerds who play board games and get wild at ALA by drinking book-themed cocktails. 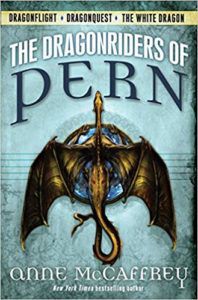 The Dragonriders Of Pern by Anne McCaffrey

Welcome to Pern. If it looks beautiful, that’s just because thread hasn’t fallen recently. This celestial event introduces a malignant parasite to the planet that kills everything it touches—but Pern’s got a secret weapon. Intelligent dragons roam the skies, and when they bond with humans, they become an unstoppable fighting force for civilization! This is a triple-decker of the first three books in the expansive series, but that’s great because you won’t want to stop reading.

Rowan is royal, but half-blooded, meaning that she’s neither a dragon nor a human being. This is not an optimal situation for her because dragons are in charge. Her only real option is to marry well, and fast, but when she’s framed for the murder of a prince, her ambitions shift to basic survival.

To some people, dragons are mystical symbols of power and majesty. To others, they’re weapons of war. In a Britain besieged by Napoleon’s draconic air force, dragons are key to the slim possibility of survival. When a British naval captain accidentally hatches a rare dragon egg captured from a French ship, he’ll find himself on the front lines of a different kind of war.

A Natural History Of Dragons by Marie Brennan

Follow Lady Trent (aka Isabella) as she travels the world to research and document that magnificent natural wonder: the dragon! This book kicks off a delightful series about the fictional Victorian-era explorer who defies gender norms and stereotypes about dragons to enlighten the world about these ponderous animals. This one is a stand-put among dragon books for grown-ups. Not to be missed! 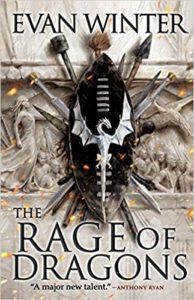 In a land where one in every two thousand women can summon a dragon and one in a hundred men can become pumped-up killing machines on command, Tau is unremarkable. That means he’s cannon fodder—unless he can get injured. That’s the plan until he’s betrayed, inspiring both his lust for vengeance and his interest in swordsmanship!

Ember Hill is a dragonet on the cusp of adulthood, ready to prove her place in the secret society of dragons poised to take over the world. But wait! There’s a dragon slayer from the Order of St. George who has been tasked with finding and…well, slaying her. Sparks fly. Fires erupt! There is no greater aphrodisiac in literature than mortal enemyhood, especially when it comes to dragon books for grown-ups, so here you go.

Even dragons have family drama! These particular flying lizards are Victorian in temperament and manners, having only thrown off human colonial rule in the recent past. By absorbing the customs of their oppressors, these noble beasts of the sky have essentially become ladies and gentlemen. But as proper as they are, there’s one thing that these dragons will never escape: their own animal natures! 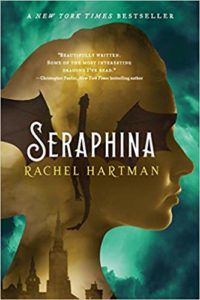 There’s an uneasy truce between dragons and humans in the land of Goredd. Basically, dragons are geeks who can fold themselves into human shapes and love math, and who are also very powerful flying flamethrowers. Normies, riled by the thought of geeks they can’t push around, feel particularly uncomfortable around Seraphina, who has draconic characteristics for what turns out to be a very good reason.