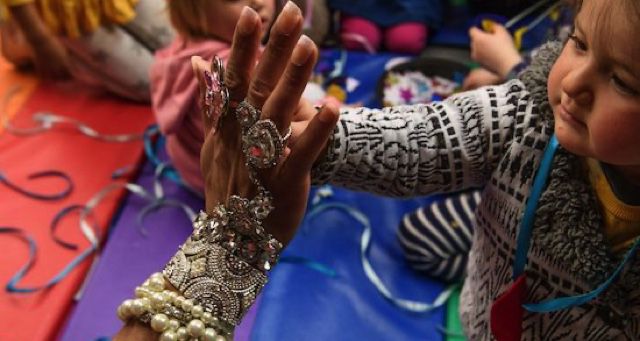 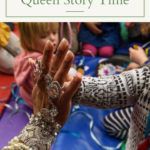 Have you ever been to a children’s storytime? They are programs for kids that teach literacy using singing, talking, reading and playing. Occasionally, programs might be themed (everything tying into space travel, for instance) or a special guest (often police officers or firefighters). In this case, the special guest is a drag queen, and the theme might be diversity, uniqueness, or kindness. 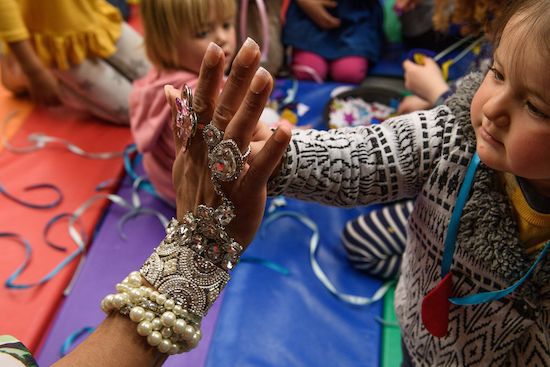 We Need Diverse Books suggests that we “imagine a world in which all children can see themselves in the pages of a book.” It was a similar sentiment that inspired the creation of 2015’s first Drag Queen Story Hour, held in San Francisco. The program was dreamed up by author Michelle Tea, a queer icon due to her writing and as an organizer of queer literary art events (Sister Spit, RADAR Productions).

Bix Warden—the children’s librarian at the SFPL’s Eureka Valley/Harvey Milk Memorial Branch—explained the program’s origin story. “Michelle had recently given birth to a son, and realized that there was no programming for queer families with small children. The Artistic Director [of RADAR] at the time was Juliana Delgado Lopera, and they contacted me and asked if the Eureka Valley Branch Library would like to host a Drag Queen Story Hour Program. Of course, I said yes.” 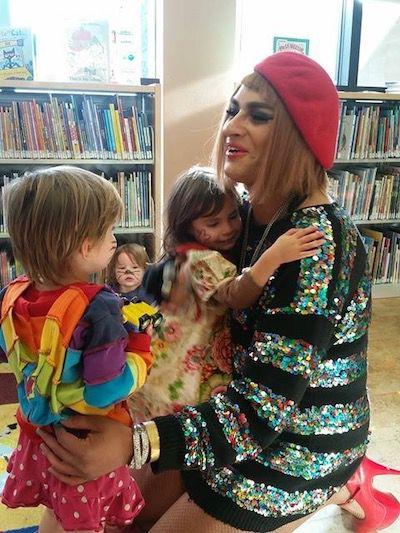 There is now a Drag Queen Story Hour nonprofit, with chapters all over the U.S. Jonathan Hamilt, the Global Program Director, has described DQSH programs as “tool[s] to help children develop empathy, learn about gender diversity and difference, and tap into their own creativity.” Concepts like individuality and diversity are introduced using the regular story time tools of singing and dancing, but with the added bonus of sparkly outfits and brightly colored wigs.

Hamilt was the first drag queen to read for DQSH NYC. When asked why the program is important to fight for, he explained that it “can be life-changing for anyone who feels different because of their identity or interests, or who may not otherwise see themselves reflected in the broader culture.”

Catherine Bellamy of Surrey Public Library has co-hosted a number of drag queen storytimes in British Columbia, Canada. Bellamy explained that her desire to support these programs stemmed from “growing up [as] a Queer person in rural Kentucky in the late ’80s and ’90s. One thing that stands out in my mind is wanting validation that my experiences as a young person exploring my identity were totally normal and valid.” Bellamy’s experience was echoed by the response of the director of the Atlanta chapter of DGSH, Miss Terra Cotta Sugarbaker. Sugarbaker’s favorite aspect is the “interactions with parents and children.  I have had parents and children share very personal and moving stories. Drag Queen Story Hour is a safe space, and it is a reminder that for anyone who has ever felt like an outsider that they can find community—both in real time, and in the escape of literature.”

DQSH has met with lots of positive feedback, and has spread to countries such as Australia, Canada and the United Kingdom. About the San Francisco communities’ responses to the programs, Warden recounted that “[it’s] been overwhelming! We have had as many as 175 people attend, and every week patrons ask when the next one will happen.” Jennifer Minehardt, a children’s librarian at NYPL’s Roosevelt Island Branch, had a similar reply: “We’ve had huge success and really positive feedback from our patrons who love the inclusivity…As soon as the program is over, [they] start asking when the next one is.”

Things aren’t all sunshine and metaphorical rainbows in the library kingdom, there continues to be backlash by pro-family groups. Religious protestors have become common attendees at DQSH and a recent article in The New York Times mentioned that some have even been canceled due to “hostile threats.” Events are regularly picketed and protested. Edie Pasek, an organizer of DQSH programs in and around Milwaukee,  described the goal as teaching kindness and acceptance to children. So why would that be a cause to protest? Well, in “Three Queens: Perspectives on Drag Queen Story Hour”, author Alex Falck briefly relays an incident in Anchorage where the program was interrupted by an anti-LGBT activist protesting that “Transgenders do not exist.”

Often, protests are by conservative activists who worry that these programs will encourage children to become LGBTQ+ themselves. In response to that, the American Library Association has created a page of resources to support libraries that are offering the programs.

With all the potential negative backlash, why keep at it? Sugarbaker sums it up, replying, “We get a diverse group, and this generally comes from parents or older community supporters. I am often told by attendees that they wish they’d had an event like this when they were children. From children, I generally hear how much fun they think the events are—they love the costumes, glitter and fun atmosphere. The overarching response, however, is always that we need more spaces for people to feel safe to express who they are.  Learning that you can express that through books and characters is extremely empowering.”

DQSH wants to continue helping all their chapters and Hamilt is hopeful the organization can “provide more resources to rural and Red State communities that are on the front lines fighting for LGBTQ equality and social justice.” They also want to reach out to people who might just not entirely understand the program, connecting them with their local chapters of organizations like The American Civil Liberties Union (ACLU), Free Mom Hugs, or a LGBTQA+ Center.

Hamilt promises that 2020 will be a big year for DQSH. “We are starting 2020 with a clear vision: Reading is Fundamental!”