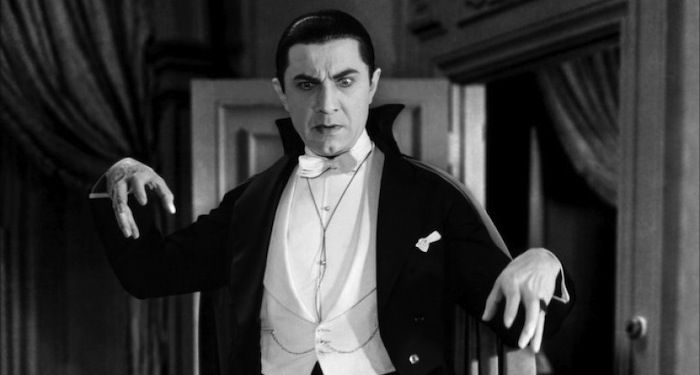 If you’ve read anything about the history of vampire fiction, you know that Dracula was far from the first English-language vampire novel. However, it cannot be denied that it remains one of the single most popular and recognizable vampire stories, and its influence and pop culture reach cannot be understated. To even summarize would be a nearly impossible task, so of course that is exactly what I am here to do.

Bram Stoker was 50 years old when British publisher Archibald Constable and Company put out a single volume edition of Dracula on this day in 1897. An established theater critic, Stoker had published one previous novel. Dracula was then published in serial form in the United States, and compiled into a single volume by Doubleday in 1899. It is an epistolary novel, told in letters, diary entries, and newspaper articles; reviews tended to either praise its terror or pan it for being too scary. It sold very well at the time and has continued to do so, never going out of print. It is in the public domain, and has been since 1962.

Part of the novel’s lasting power has been its incorporation into popular culture. Not only have there been many adaptations, some more faithful than others, but the book has heavily influenced vampire lore and helped to establish the “rules,” affecting nearly all vampire stories in all formats since. (Probably not Twilight.) It is arguably the single most famous epistolary novel, and that format has allowed it to be distributed as a newsletter: Dracula Daily is probably the most delightful thing on the internet right now.

Released in 1922, F.W. Murnau’s silent Nosferatu was not the first adaptation of Dracula. It was preceded by a stage adaptation, written and directed by Bram Stoker himself, which actually predated the novel’s release by several days — its sole performance was at the Lyceum on May 18, 1897, and Lyceum owner Henry Irving apparently deemed it “dreadful.” Nosferatu was also preceded by an official adaptation in 1921, titled Dracula’s Death. Made in Austria by writer-director Károly Lajthay, it did not follow the plot of the book; the film is considered lost.

Nosferatu is the oldest surviving adaptation of Dracula, but it shouldn’t be; the unauthorized movie, which changed Dracula’s name to Count Orlok, was the target of a copyright lawsuit from the Stoker estate, who won. All copies were ordered destroyed, but a few copies survived, and it is now in the public domain.

Until the late 20th century, the two most recognizable versions of Count Dracula were performed by Bela Lugosi and Christopher Lee.

Lugosi played the role on stage and revisited it in the first of the Universal Studios monster movies, 1931’s Dracula. (A Spanish-language version of Dracula was filmed simultaneously on the same sets and released in Mexico; it is worth watching!) Nearly every characteristic of Dracula’s speech and mannerisms that we now consider canon comes from Lugosi’s performance. The Hungarian-born actor made choices he couldn’t possibly have known would resonate 91 years later, but resonate they do. Universal made several sequels and some crossovers with Frankenstein and other monsters in their stable, not to mention a famed meeting with Abbot and Costello.

Lee played the role in the Hammer Films adaptation (1958) and its sequels, with his dear friend Peter Cushing taking the part of Van Helsing. The series ran for 14 years, ending with Dracula A.D. 1972, a strange fever dream set in (then) modern times.

Although other Dracula adaptations were successes in their time (including the 1979 version directed by John Badham, starring Frank Langella and Laurence Olivier, and scored by John Williams), Francis Ford Coppola’s Bram Stoker’s Dracula is perhaps the most long-lasting popularity-wise, after the 1931. It’s a strange adaptation that claims to be faithful to the book (it’s literally got Stoker’s name in the title!) but borrows the connection to Vlad Tepes — by then debunked — from a 1972 film book as well as borrowing the “immortal beloved” reincarnation storyline from 1932’s The Mummy. It’s utterly baffling, not very good as a story (though excellent technically), and one of my favorite movies.

I am not the right person to write about Blaxploitation films, but Blacula absolutely needs to be mentioned here! The 1972 film was among the top box office hits of the year and spawned an immediate sequel. The story follows an African prince, Mamuwalde, who visits Count Dracula looking for help suppressing the slave trade and is instead turned into a vampire by the evil fiend, who locks him in a coffin. Two hundred years later, Blacula’s coffin is shipped to Los Angeles for…reasons, and opened. Shenanigans ensue.

Perhaps emboldened by the more absurd facets of Bram Stoker’s Dracula (but most likely influenced more by its box office), 1995 brought parody to the Count in the form of Dracula: Dead and Loving It. It could be argued that Sesame Street beat Mel Brooks to the punch by 23 years with Count Von Count, but in fact there have perhaps always been Dracula parodies. A few examples include Blood of Dracula, produced by the writer-director of I Was A Teenage Werewolf and following the same basic plot; Andy Warhol’s Batman Dracula, which is exactly what it sounds like and was not authorized by DC; and Billy the Kid vs. Dracula, also exactly what it sounds like.

In recent years, the only notable adaptations are sequels and reimaginings — which is fine! My favorite is probably the wacky Dracula 2000, set in modern day, which creates a backstory featuring Judas Iscariot. The last decade has brought us two TV versions, one American and one a miniseries that was a British-American co-production. A feature, The Last Voyage of the Demeter, based on the ship’s log in the novel, is in production.

Dracula has also shown up as a character in non-adaptation/parody movies and TV series. For example, he was in the season 5 premiere of Buffy the Vampire Slayer, “Buffy vs. Dracula,” despite the Dracula mythos not matching the Buffy mythos at all. He is also a character in The Monster Squad, appears on The Grim Adventures of Billy and Mandy, is on episodes of The Simpsons and Aqua Team Hunger Force, and has famous daughters in both Hotel Transylvania and Monster High (a Mattel series of toys that spawned several animated movies).

Count Dracula, Abraham Van Helsing, and even Mina have shown up in countless books in the 125 years since Dracula was published. These are just a few of them.

Vampire Hunter D was a hugely popular Japanese light novel series in the 1990s and spawned an anime.

Mina Murray is a main character in The League of Extraordinary Gentlemen (which was adapted as a movie, but the less said about that, the better).

A Dowry of Blood is a queer retelling by S.T. Gibson about Dracula’s brides.

Anno Dracula is the first in a series of doorstopper novels by Kim Newman that incorporate not just Dracula but a wide assortment of literary and real-life characters throughout time, following the Count’s immortal adventures.

The Route of Salt and Ice is a queer retelling of the voyage of the Demeter.

But perhaps the very first retelling of Dracula was the Icelandic translation, titled Powers of Darkness and written by Valdimar Ásmundsson, who took…liberties.

Troy: I’m a dracula.
Abed: You mean a vampire?
Troy: I don’t need to know which dracula I am to be a dracula. Nerd.

One of my favorite things on earth is when characters refer to a vampire as “a Dracula.” Perhaps one of the most well-known examples is Franklin in The Texas Chain Saw Massacre saying “I think we just picked up Dracula” about the hitchhiker and then calling said hitchhiker’s slaughterhouse working relatives “a whole family of Draculas!” (A short time later, when they arrive at the house where they intend to stay and find it in disrepair, Jerry comments that “it looks like the birthplace of Bela Lugosi.” Lugosi of course played Dracula.) But even if you don’t tend toward horror you might be familiar with Troy and Abed from Community fighting over whether “Dracula” refers to an individual or a classification of the undead.

Without Dracula, would we have had Anne Rice? Would Catherine Deneuve have seduced Susan Sarandon in The Hunger (1983)? Or would our greatest pop culture vampire reference be Varney the Vampire? (Of course not, it would be Carmilla.)

If you want more, check out our vampires archive, including posts on why Carmilla is better than Dracula, who the inspiration for Count Dracula might have been, and what the future of vampire fiction might look like.