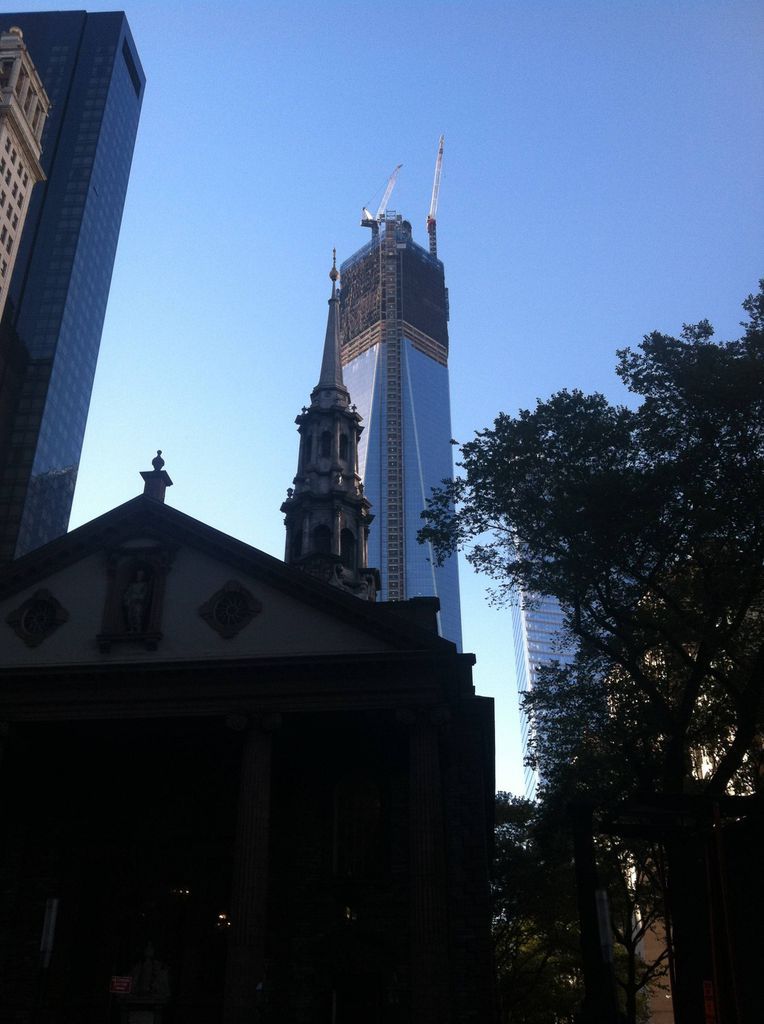 One thing about reading in an Internet world, there’s never a shortage of supplementary material. Author bios and interviews, source documents and historical background, critical reviews – all a click away. It’s easy to forget how much and how fast the Internet has developed. Back in September 2001, Facebook was still two and half years from its initial launch. Now, in what seems no real spectacle, Islamist militants in Somalia post updates on Twitter.

For an earlier Book Riot post, I revisited my favorite books of war, including Dexter Filkins’s The Forever War, about the recent wars in Afghanistan and Iraq. When you Google “Dexter Filkins,” what you get first is info about his divorce (the Internet is both microscope and megaphone), but keep scrolling and mostly it’s news articles and television appearances. The latter include a series of interviews with Filkins in the Charlie Rose archive – an awesome place to dig around if you’re looking for interviews with notable writers and thinkers.

The first Rose-Filkins interview was in 2004, not quite three years after Filkins navigated police barricades and headed into the dust and smoke of Lower Manhattan the morning of 9/11, a walk he describes in an early chapter of The Forever War. Filkins spent that night across the street from Ground Zero in the shattered Brooks Brothers, a storefront I recently passed while walking in the shadows of the World Trade Center’s newly rising skyscrapers. I had just visited the 9/11 Memorial with my mother.  We’d run our hands over victims’ names, watched the reflections of passing planes in the glistening facades of the new buildings, talked about the bleakness of the voids at the memorial’s core. My mother wondered why not erect a wall on the edge of the site with survivors’ names. “At least that’d be something to take away,” she said.

After 9/11, Filkins returned to Afghanistan to report on the first American battles, alongside allied Afghans watching the majestic, sky-sweeping circles of B-52s dispatched from bases around the world to bomb Taliban lines. His next stop would be Iraq, from where he’d twice appear in 2004 via satellite for those interviews on Charlie Rose. A third appearance would come in spring 2005, during a brief return to New York. In this third interview, back in America, Filkins seems more composed, better-dressed, his voice steadier, his answers clearer a world away from the chaos and carnage of Baghdad’s daily suicide and car bombs.

Two moments from the 2005 interview stand out. First, Rose wants to know if there is one question Filkins would like to be able to ask Iraqis and have them really answer. It’s clear Rose expects something particularly insightful, and Filkins laughs, probably to buy time. Eventually he tells Rose that it’s very dangerous to work in Iraq. He says reporters have been kidnapped and beaten. Indeed, again and again in The Forever War, Filkins describes how he and his Iraqi drivers are chased by other vehicles, targeted with stones and bricks, even attacked by crowds. Given the everyday violence, he tells Rose, it’s hard to know “how to even ask questions.” The interview then continues on a few minutes before Rose seems to stump Filkins again, asking in his characteristic sawed-off tone: “History’s lesson is what?”

Both of Rose’s questions are critical, and not just for Iraq but for all reading and thinking Americans still somewhat baffled by 9/11 and its aftermath. What questions would we ask if we had the opportunity to get real answers? And as my mother wondered after our visit to the memorial, now more than decade after September 11th, what are we supposed to take away? History’s lesson is what? Again Filkins laughs, again not because the question is funny. The question is enormous. Eventually he tells Rose, “It’s a dynamic and gigantic enterprise.” He means building a stable society in Iraq, but it’s also a fair way to describe the best and worst of human experience, especially when viewed through the lens of these past eleven-plus years.

A last thing my Internet searching turned up for Filkins was “Lost Soldiers,” a project with photographer Ashley Gilbertson published in The New York Times Magazine in March 2010. Introducing Gilbertson’s black and white photos of the left-behind bedrooms of soldiers killed in Afghanistan and Iraq, Filkins writes about these men and women so young that for them 9/11 was already half a lifetime away. It’s a moving ten paragraphs about soldiers like the Marines who watched over Filkins in the streets of Fallujah, who appeared in his war reporting, whose families wrote him letters, and whom Filkins visited in the years after returning to live full-time in America.

“Lost Soldiers” evokes how distant the wars of these last eleven years can seem as we go about everyday American life, and the gravity that comes when we let ourselves remember all the lives – American and otherwise – lost in places as near as a subway ride and as far as a mountain outpost in a province with a name older than America. “Lost Soldiers” is the kind of writing that tells the truth of a frontline and of the post-9/11 reality that’s still sinking in here at home:

“Sometimes, right after a guy is killed, you feel as if you are in possession of a terrible secret. He’s there on the ground, alive only a minute ago, and the only people who know he’s dead are standing right there by him. The rest of the world thinks he’s alive . . . And at that moment, you think about how the word of his death will travel; how it will depart Iraq or Afghanistan and move across the ocean and into the United States and into the town where he lives, Corinth, Miss., say, or Benwood, W. Va., and into the houses and the hearts of the people who love him most in the world.”