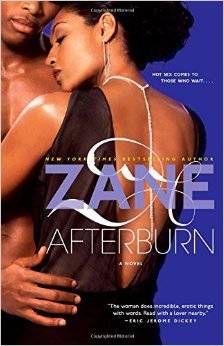 When the widely acclaimed Mark Waid/Chris Samnee run of Daredevil came to an end this summer and the new series was solicited, DD fans had a lot of questions: Who is Daredevil’s mysterious new sidekick? Why did Matt Murdock switch from his traditional role as defense attorney to assistant district attorney? When did he move back to New York from San Francisco? Why did he change costumes? Is Kirsten McDuffie still in his life? How’s Foggy Nelson’s health? How on Earth did Matt manage to regain his secret identity? And, most importantly, how could this new series possibly follow one so beloved?

The new Daredevil #1 by Charles Soule, Ron Garney, Matt Milla, and Clayton Cowles doesn’t provide a lot of answers, choosing instead to drop us into Matt’s new status quo and hope that the mystery of How and Why keeps us coming back for #2. Was that the right choice? …Well, that remains to be seen.

When you follow in the footsteps of a successful run, you have a choice: try to deliver something similar, as Ed Brubaker and Michael Lark did when they took the Daredevil reins from Brian Michael Bendis and Alex Maleev, or change course entirely. Soule and Garney have clearly chosen the latter. Instead of Waid’s jovial, swashbuckling hero, we have a book pretty much devoid of jokes (a super bummer for those of us who loved Soule’s She-Hulk!). Instead of Matthew Wilson’s bright colors, we have moody sepias, shot through with crimson. Add in a new job, a new coworker (and possible new love interest?), new villains (the troublingly Yellow Peril-y Tenfingers and his gang), and this is not last year’s Daredevil.

In a lot of ways, it’s a return to form. The sunny Waid/Samnee run was a break from a thirty-plus-year tradition of Matt Murdock and the Terrible, Horrible, No-Good, Very Bad Life, and some truly great comics have resulted from Matt’s ninja-riddled despair.

But do we necessarily want a return to form?

The Waid/Samnee run was the grand cap on a plotline kicked off by Bendis and Maleev fourteen years ago, when Daredevil’s secret identity was first leaked. It remained an open secret until recently, when Matt officially ‘fessed up under oath, and Volume 4 became the story of Matt adjusting to his new status quo, with the whole world knowing his business.

Now, I freely admit my bias – the very first article I wrote for Panels, back when it was a wee baby site, was about my love of superheroes without secret identities. But a Daredevil with his identity – and perhaps more importantly, his weaknesses – as common knowledge strikes me as a Daredevil with a tremendous amount of potential for breaking new storytelling ground. By plopping the cowl back on his head, I fear that potential’s been lost in favor of the same old, same old.

Similarly, the last run left Matt with a rock-steady support system in the form of his girlfriend Kirsten McDuffie and my boo Foggy Nelson. It seems like both are being downplayed, if not written out entirely, in favor of new characters like Matt’s new sidekick Blindspot. This is part for the course with new creative teams, and I’m 100% here for Matt-as-mentor – ask me about my love of the Fat Boys, the li’l tweenage skateboarding gang that followed him around during the Nocenti/Romita run – but with Foggy’s emotional battle with cancer fresh in the reader’s mind, it seems odd to put him on the back burner now. I’m even more worried about Kirsten, whose wit and verve have practically sparkled right off the page for the past four years. Soule writes kickass ladies – particularly kickass lawyer ladies – so I’d love to see his take on her, but she seems to be AWOL for now. The Daredevil franchise is infamous for its poor treatment of women, with four dead girlfriends (yes, yes, Elektra got better) and an institutionalized wife in Matt’s past, so if Kirsten’s not around, I’m gonna need a really good reason.

In fact, I’m gonna need a lot of really good reasons. Essentially, this book builds its pull on mystery – on not answering any of the questions that might have made readers who liked the last run pick it up. That’s fine for a first issue, but with the plot of this one being fairly thin, there’s not a lot else offered in return. I like Soule and I love Daredevil, so I’m willing to wait a few more issues, but I’m going to need these mysteries unpacked pretty quickly to stay on board. And with what we’ve lost with this new status quo, those answers better be pretty darn satisfactory.