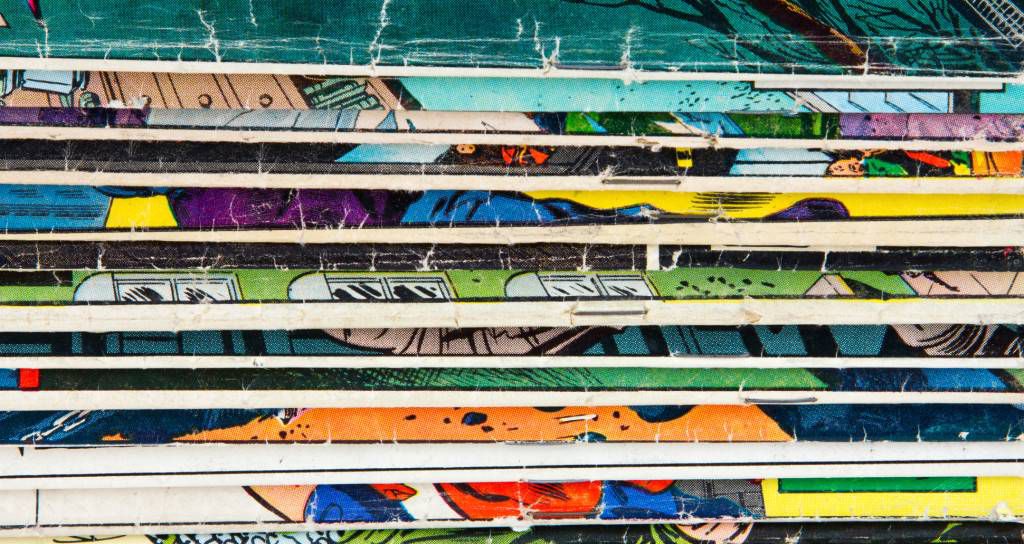 Free Comic Book Day (FCBD) is just around the corner. While you might know the details on what it is, I have some tips on how to get the most out of it (or simply survive the experience). 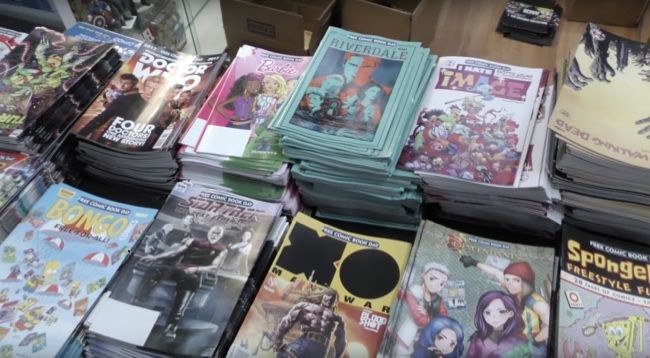 Some of the comics from the 2017 FCBD

DO: Get There Early

You might think that your Friendly Local Comic Book Store (FLCBS) is the least popular place in town. You might even be right. That doesn’t mean that people won’t swarm out of the woodwork when they hear the word “Free.” My FLCBS is relatively sleepy on the 364 other days of the year. The morning of FCBD, though? They’ll be lined up four store fronts down before it opens at noon.

Check to see what time your shop will open on Saturday (some stores will shift their hours to accommodate FCBD traffic) and, especially if you’re bringing young comics fans, plan on getting there an hour or so before they open. You can check out the ZIP code locator on the Free Comic Book Day website to see if your local store is participating (and if they’re certified kid-friendly). If you don’t want to deal with the scrum at your local comic book store, there is one trick…

DO: Find Out if Your Library is Participating

Not every library does (it takes an in-the-know librarian and a partnership with a local comic book store) but many libraries will hold FCBD events. Be warned, they might not have all the goodies on the list (see the next tip), but library events are great ways to avoid the crowds. They’re also easier on younger readers—less lines, more kid-friendly locations, engaging activities. Some libraries may restrict how many comics you can walk away with (they usually get less materials than comic book stores and have to share them among local branches) but hey, you’ll be at the library! Once you get a parcel of comics to walk away with, amble over to the graphic novels and pick a couple to check out and bring home.

Depending on how your shop deals with the crowds, you might not have time to peruse each title when you get there. While you could just grab everything in sight (because, hey, free comics) I’d recommend doing so only if you’re planning to give them all a read. Not every comic is everyone’s style. While FCBD is a great way to explore those titles that you might not otherwise check out, some people are just there for the superhero books or for the indie titles. Not going toddler grabby hands on the comic smorgasbord gives more people a chance to walk away with something they’re looking for.

The FCBD website has a list of their Gold and Silver titles that will be available this Saturday. Check it out and see what’s going to be offered so you can have a pull list in mind on Saturday morning.

DO: Preview the Comics for Your Kids

While you’re checking out the titles on the site, it’s a good idea to click through to the digital previews (if available). Kids love nothing more than grabbing everything on the table (free comics have a way of eliciting that response), but not every title is going to be appropriate for them. Despite some people’s assumptions that “if it’s a comic, it must be appropriate,” that’s patently untrue and there have been plenty of times I was happy I checked my kids’ haul before they dug in.

There are plenty of obviously kid-friendly titles such as Star Wars Adventures and DC Super Hero Girls among this year’s offerings. Hand those over and comb through the other comics in their bag while they read, weeding out the ones that look like they might be beyond the maturity level of your young comic reader.

DO: Ask Permission Before Taking Pictures

If your FLCBS has cosplayers participating in the event, your first inclination is going to be to snap a few pictures. However, some folks may just be in costume and don’t necessarily want pictures taken. Out of courtesy, it’s always nice to ask (or at least point at your phone questioningly as you approach them) before you start snapping away.

DON’T: Leave Without Buying Something

Let’s be honest. While FCBD is great for getting people interested in comics, it’s also a vehicle to get more people to visit or discover local comic book shops. Before you run out the door with your free stash of comics, take a minute to look around. See a comic that interests you? Find a cool-looking set of dice? Is there a game that piques your interest? Pick it up while you’re there (rather than snapping a pic and finding it on Amazon). You’ll be helping a local business and give them the ability to continue fostering the local nerd community.