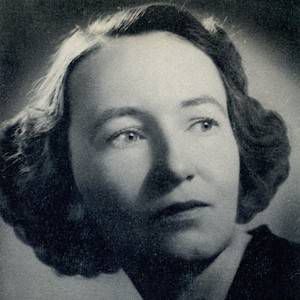 It’s April, and as many of you know, I spent the previous month immersing myself in crime fiction. (Now I’m immersed in the 1100+-page novel that is Cryptonomicon, but that’s a different story…).

Aaaanyway, while I was bringing myself up to speed (speedily) on the history of American crime fiction, I noticed something…interesting. Lots of detective/crime/mystery writers were named “Dorothy.”

And like I said, it’s April, and the Dorothy in my life (my Grandma Dorothy) would be 99 this month if she were alive today. She was vivacious, she was dynamic, she commanded attention and was loved by friends and family alike. And she loved a good story.

So, in honor of my Grandma Dorothy and her April birthday, I hereby introduce you to six Dorothys of crime fiction:

Born in London in 1943, Cannell moved to America when she was twenty years old. Known for her Ellie Haskell series of novels (of which there are 14, so far), the first Haskell novel- The Thin Woman (1984)- was selected as one of the “100 Favorite Mysteries of the Twentieth Century” by the Independent Mystery Booksellers Association.

As Sarah Weinman has explained in her recent anthology Troubled Daughters, Twisted Wives, women were in the forefront of the nascent crime fiction genre in the first half of the 20th century. Davis, now 98, was one of these pioneers, and published her first crime novel, The Judas Cat, in 1949. She is particularly known for her masterful handling of psychological suspense. In 1956, she served as the President of the Mystery Writers of America and was declared a Grand Master in 1985.

I recently read Hughes’s In a Lonely Place (1947), one of her most popular books, and boy was it creepy and haunting and absolutely wonderful. Hughes is particularly known for her “hardboiled” and “noir” style. Three of her novels were turned into films, and she received an Edgar Award from the MWA in 1951; the Grand Master award followed in 1978. A reviewer and literary critic as well, Hughes was versatile and immensely talented. She died in 1993.

Born in England in 1893, Sayers established herself as a major mystery and crime writer in the 1920s and ’30s with her series featuring the fictional detective and aristocrat Lord Peter Wimsey. Sayers devoted much of her later life, though, to drama, poetry, literary criticism, essays, and translations, including that of Dante’s Divine Comedy. She died in 1957.

Born in Wales in 1933, Simpson won the Silver Dagger Award from the Crime Writer’s Association of Great Britain in 1985 for her novel Last Seen Alive. Before turning to writing, Simpson had worked as an English and French teacher, and then as a marriage counselor. Simpson created the popular Inspector Thanet series, which includes 15 novels so far.

Uhnak, an American crime novelist, started off as a detective for the NYC Transit Police Department before turning to writing. Her first novel The Bait (1968) won her the Edgar Award in 1969. Many of Uhnak’s novels were turned into TV movies and were bestsellers. She died in 2006.