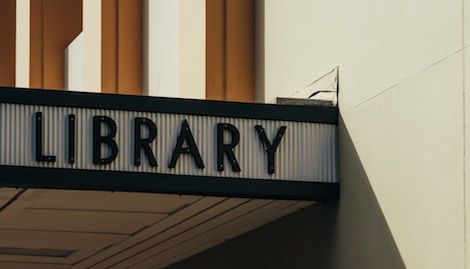 A northwest Iowa library has been inundated with donations from in and outside of the state after a man burned several LGBTQ children’s books during a gay pride festival.

In a Facebook Live video from almost two weeks ago, Paul Dorr with the religious group Rescue The Perishing stood outside of the Prairie Winds Events Center about a mile away from the Orange City Public Library and read aloud from four LGBTQ children’s books before tossing them into a barrel of fire. He called the books “filthy”, “disgusting” and “shameful.”

Since then, the library has received donations of at least 100 books from people around the country. Most are copies of the books Dorr burned. The library has also received a couple hundred dollars in monetary donations.

“People must feel pretty strongly about the issue to be contributing the way that they are,” Library Director Amanda Vazquez said.

From a terrible act comes acts of love and support.

The horror of the Great War consumed the lives of soldiers and civilians alike; it sought them out in their sleep, their imagination, and, bizarrely, in their entertainments. The “horror film” had existed almost from the time of the invention of the motion picture itself in the late 19th century. But a new kind of terror film manifested in the years following the Great War. The spook shows not only became more numerous; they took a ghastly turn, dealing more openly with the fate of the dead, even the bodies of the dead. Moreover, an unclassifiable kind of fiction began to appear, frequently called “weird” (as in the pulp magazine Weird Tales, 1923) because there seemed no better word for it. The public, and its practitioners, began calling it horror fiction. Art and literature pursued some of the same themes, even though at the time a strict division between “high” and “low” culture prevented many critics from seeing horror on canvas or in poetry, and still prevents a few today. British modernist Virginia Woolf wrote that certain feelings proved no longer possible after 1914; a sentiment might be expressed in words, she felt, but the body and mind could not experience the sensibilities “one used to have.”

An interesting read about how horror changed following World War I.

Tickets had already been selling out fast. And there’s no reason that trend won’t accelerate with the latest news. Live Nation, the company producing the tour on behalf of publisher Crown, announced Tuesday the list of moderators for the book tour’s events. The shortlist: Reese Witherspoon, Sarah Jessica Parker, Valerie Jarrett, poet Elizabeth Alexander, Phoebe Robinson, journalist Michele Norris, and Tracee Ellis Ross. Oh, and to kick things off at the United Center in Obama’s hometown of Chicago, none other than Oprah Winfrey will be seated across from the author.

Wow. No wonder I couldn’t get tickets for Michelle Obama’s tour in Chicago.